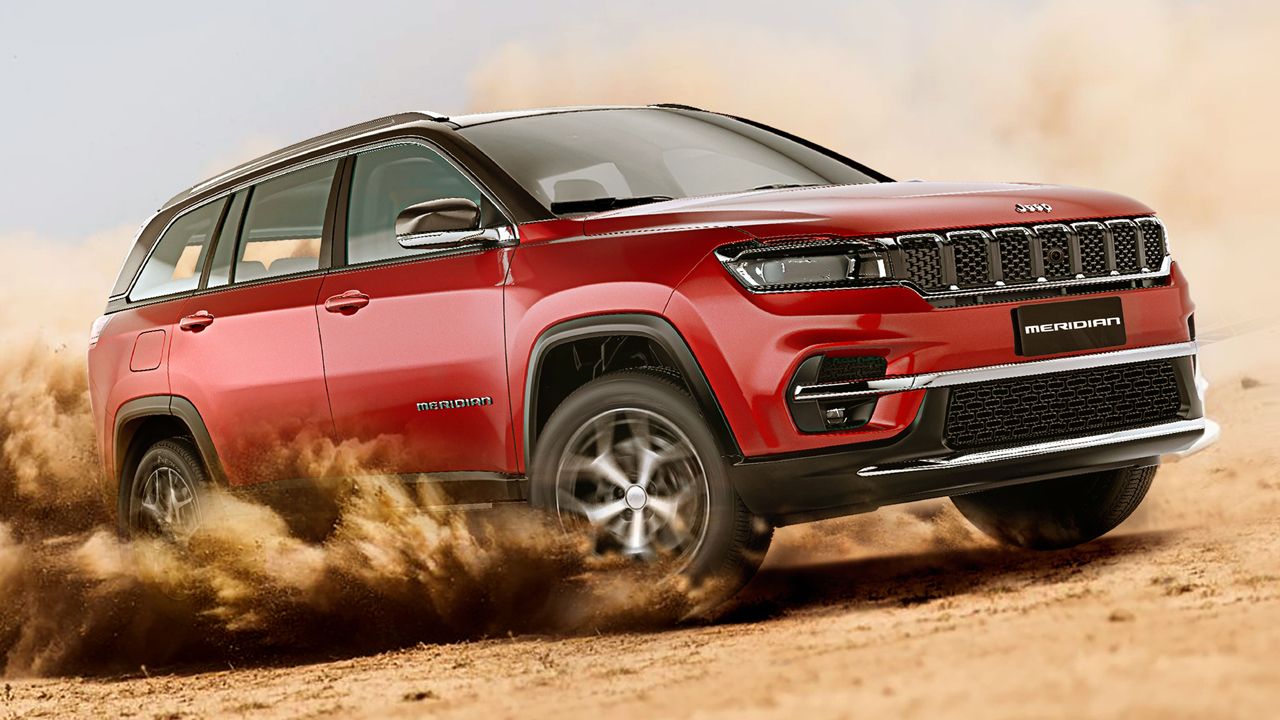 Given the Indian market's immense appetite for SUVs of all sizes and types, Jeep India is about to make its biggest push in India with the launch of two brand new models and much more. We give you a detailed insight into what to expect in what is sure to be an action-packed 2022.

The Jeep brand name has had massive recall value in the Indian market, and it has been so ever since the Second World War. And I would know that personally, as my maternal grandfather was the proud owner of one of the modern Jeeps’ predecessors, the Willy’s. As a result, I grew up hearing the story of his exploits with the Jeep in his heydays, with many a random spare part of the said vehicle lying around in my ancestral house, even though the Willy’s itself was long gone.

Ever since its entry a few years ago, Jeep in India has built itself a pretty loyal fanbase, with the Compass appealing to a rather widespread audience. But there has always been the sense that despite its initial success, there is much more than Jeep can achieve in India. And the basic fact behind that opinion is that India has never been a market where a brand can achieve success by having a single model, it’s a market that responds positively to manufacturers offering large product line-ups, and Jeep India, till now, hasn’t done that.

Of course, the other aspect of succeeding in India, as Jeep Global CEO, Christian Meunier, himself said, is to make vehicles in India itself, as this makes them a lot more affordable. To achieve this, the brand has invested close to ₹2,000 crores over the past year, and the first product to roll out from that will be the Trailhawk version of the facelifted Compass, which is expected to be launched within a few weeks. 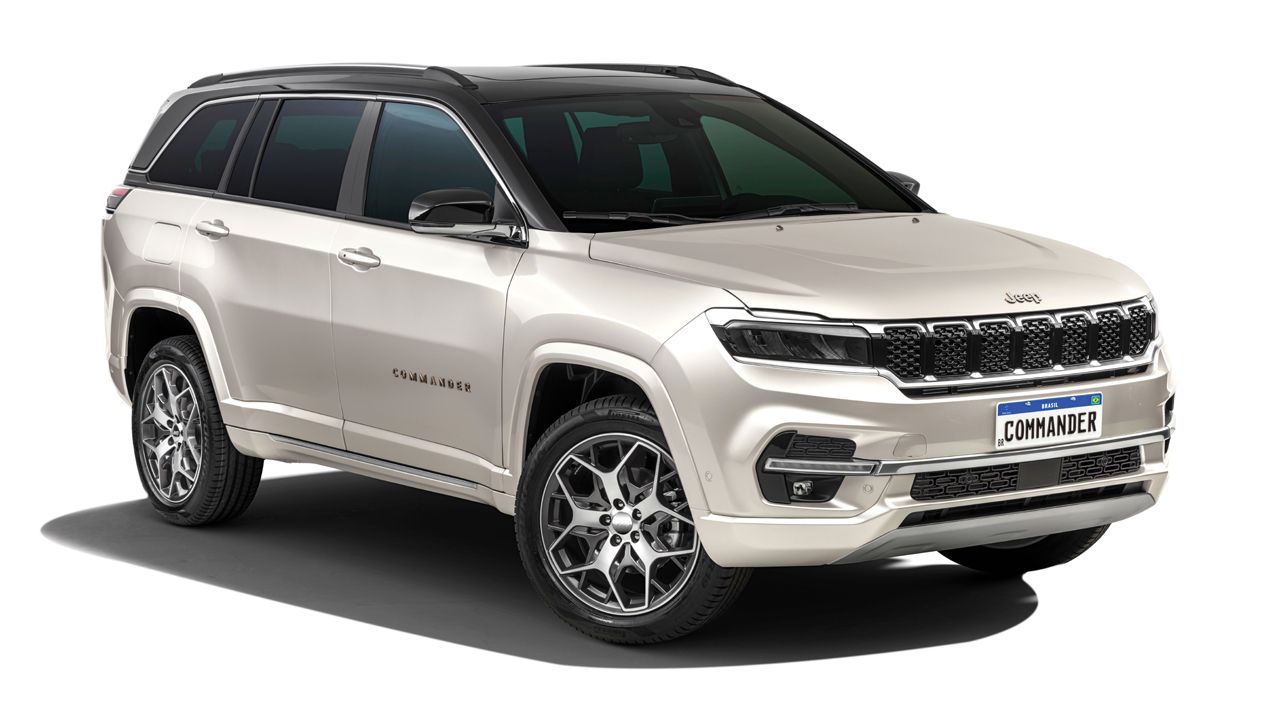 But the bigger news is the Meridian, which is essentially a larger 3-row version of the Compass. Based on the Commander – which is incidentally the biggest selling 3-row SUV in Brazil and outsells the Toyota Fortuner there by a very large magnitude – this is an SUV that Indian customers have been waiting for and could prove to be a big success. One of the primary reasons working for the Meridian is the fact that with road trips becoming a rage due to the pandemic, interest in 3-row SUVs is at an all-time high, and customers can’t buy enough of them in India. 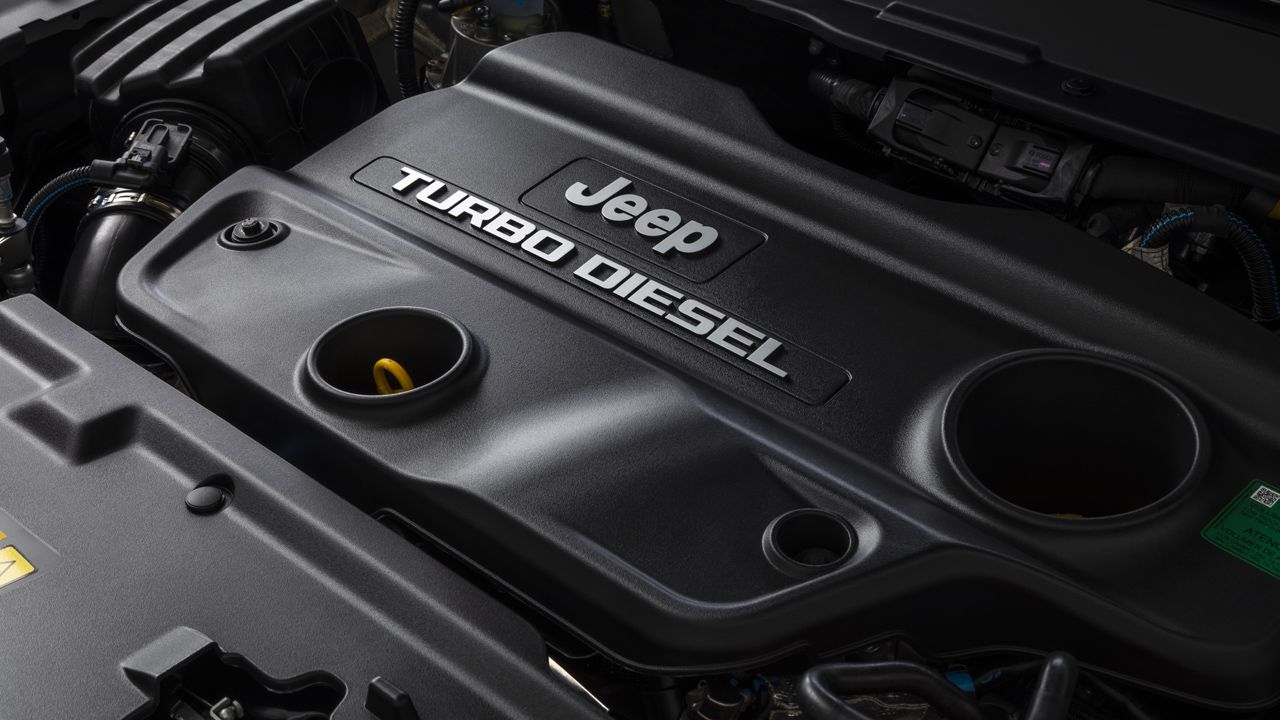 So, as a customer, what can you expect of the Meridian? Well, more space and practicality, of course, but like any other Jeep product, it’ll retain unique qualities, such as the off-road capability, rugged design, and quintessential Jeep character. While more details haven’t been revealed, what we do know is that the Meridian will be diesel-powered only – I personally think the 1.4 turbo petrol of the Compass might be too small for the Meridian – and there will be three powertrain options at launch, with two trims being offered. From start, the Meridian features over 80% localisation, and if priced well, it has a lot of sales potential. Another promising claim from the brand is that the Meridian will feature best-in-class acceleration, and for more off-road ability and driving appeal, it’ll come with independent suspension for front and rear. The independent rear suspension should certainly give the Meridian a boost over most of its rivals as far as ride comfort and handling are concerned. 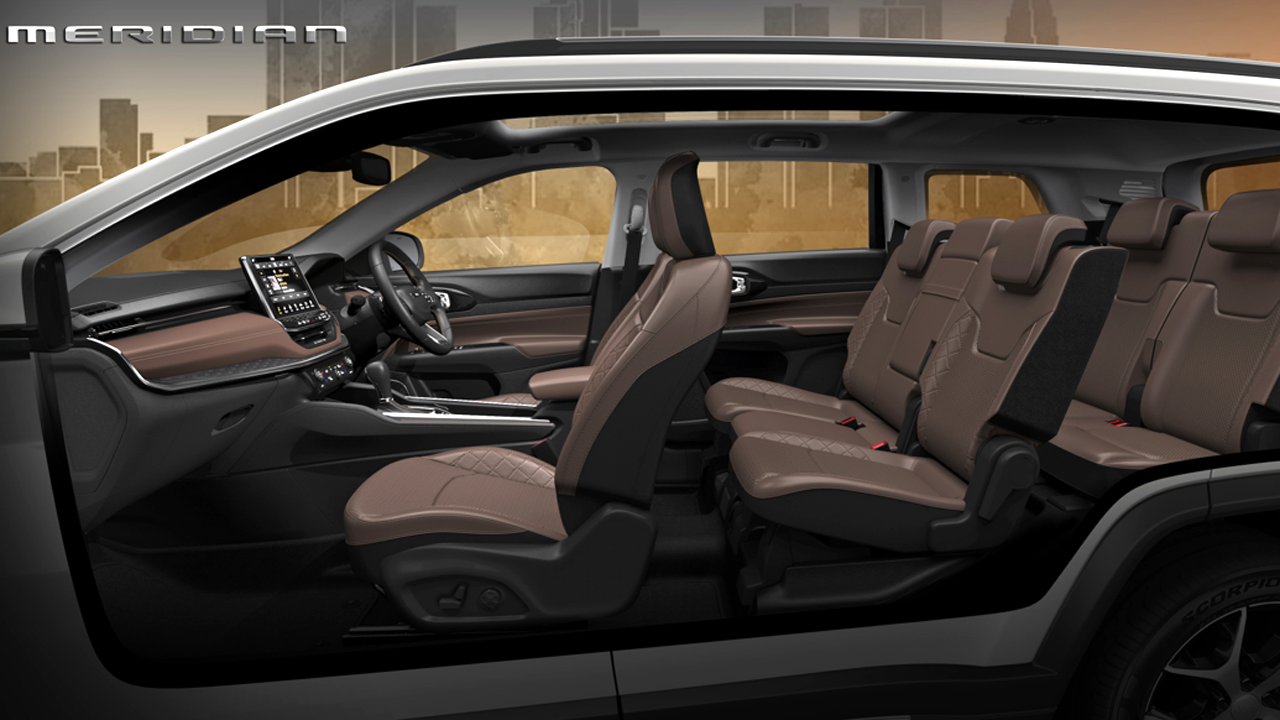 So, when should you expect the Meridian to reach the market? Well, expect the new SUV to be revealed in March, with the media test drives happening in April, and production beginning in May, which points to a probable June 2022 launch, provided we don’t get into another pandemic wave. 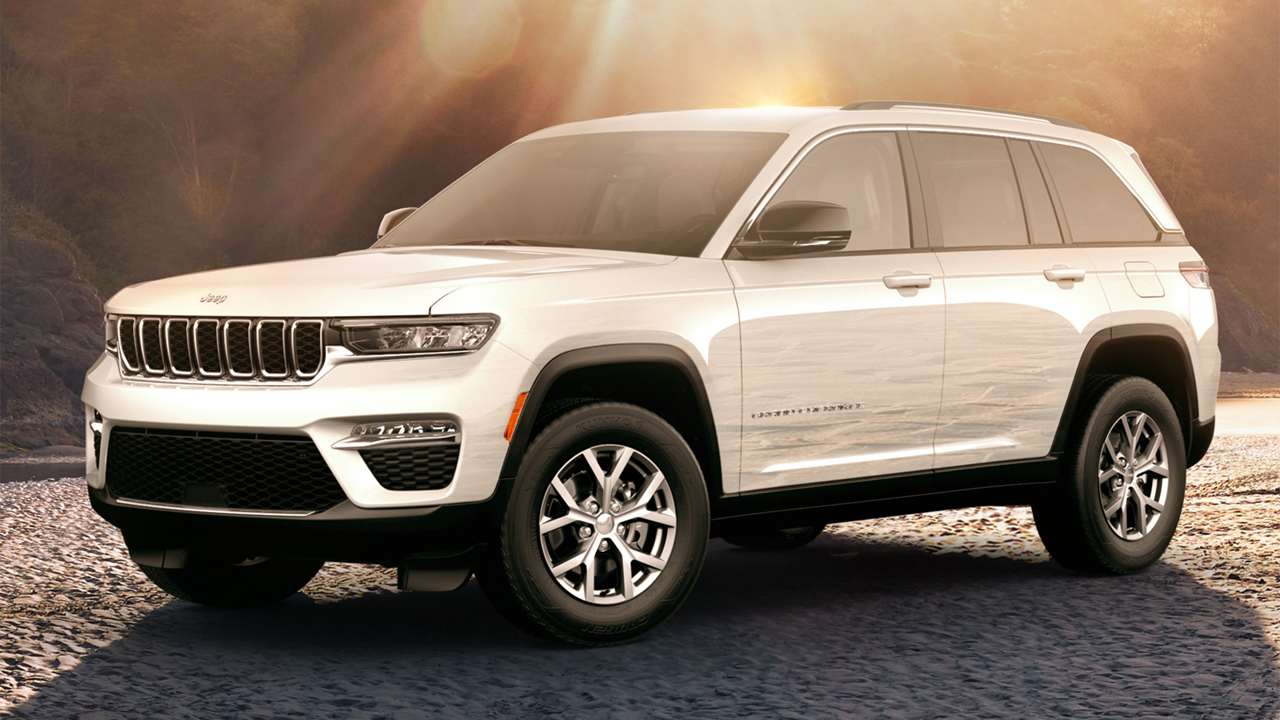 The other big-ticket launch for 2022 for Jeep will be its flagship Grand Cherokee. Released to some phenomenal reviews and success in the US recently, the new Cherokee looks really good – both inside and out – and could be a very worthy rival to German SUVs, while also offering genuine off-road ability, something only a few SUVs in that segment can claim to offer. Of course, the Cherokee will also be assembled in India and, like the Wrangler, will be petrol powered – a 2.0-litre turbo engine paired with an 8-speed automatic will do the job. To maintain its off-roading chops, the Cherokee will come equipped with a Quadra-Trac I 4x4 system and Selec-Terrain™ traction management system, offering a combination of excellent off-road ability and on-road handling. The highlight of the new Cherokee, though, could be the new interior, which looks very promising in pictures, and critics have been raving about their design and quality.

One of the major points of discussion in our interaction with Christian, Jeep Global CEO, Roland Bouchara, MD of Stellantis India, and Nipun Mahajan, Brand Head, Jeep India, was about the rumoured sub-4 metre SUV that Jeep has been working on for India. And while they refused to make any comment on when we could expect such a product in India, they mentioned that they had been studying the segment with a lot of interest and have been looking at the potential of such a product for India. However, both Christian and Nipun clearly mentioned that Jeep will not enter the sub-4 metre space until they can make a true Jeep of that size at an affordable cost. This means maintaining not only the all-around capabilities but also the unique Jeep traits of design and functionality. Something tells me that it might be a while before we see a smaller Jeep in India, but given the size of the segment, Jeep is definitely working on making this a future possibility. 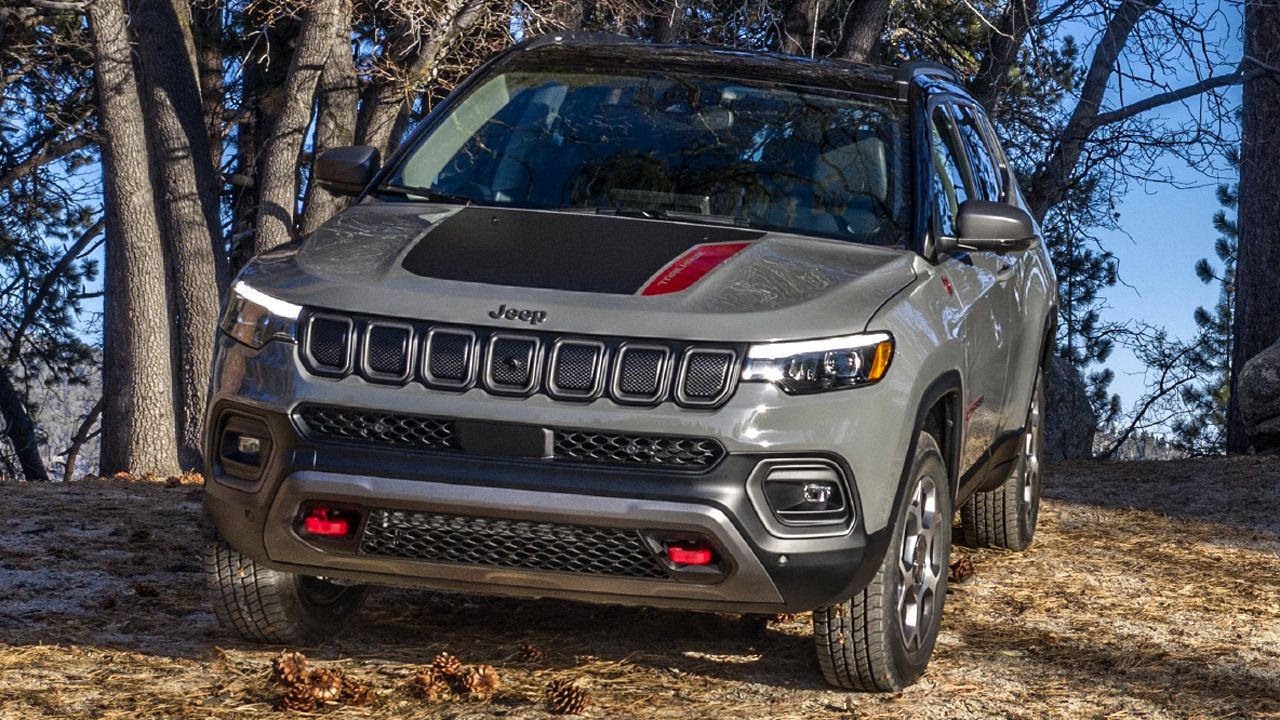 Of course, for the hardcore off-road enthusiasts, there was good news with the launch of the Trailhawk eminent. The trail-rated version of the Compass will offer many first-in-class features, such as Standard Jeep Active Drive Low 4x4 20:1 crawl ratio, factory-fitted lift suspension, four metallic skid plates, and a signature red rear tow hook. Its off-road abilities will benefit from a 30-degree approach angle, 24-degree breakover angle, and 34-degree departure angle, along with the ability of up to 19 inches of water fording. 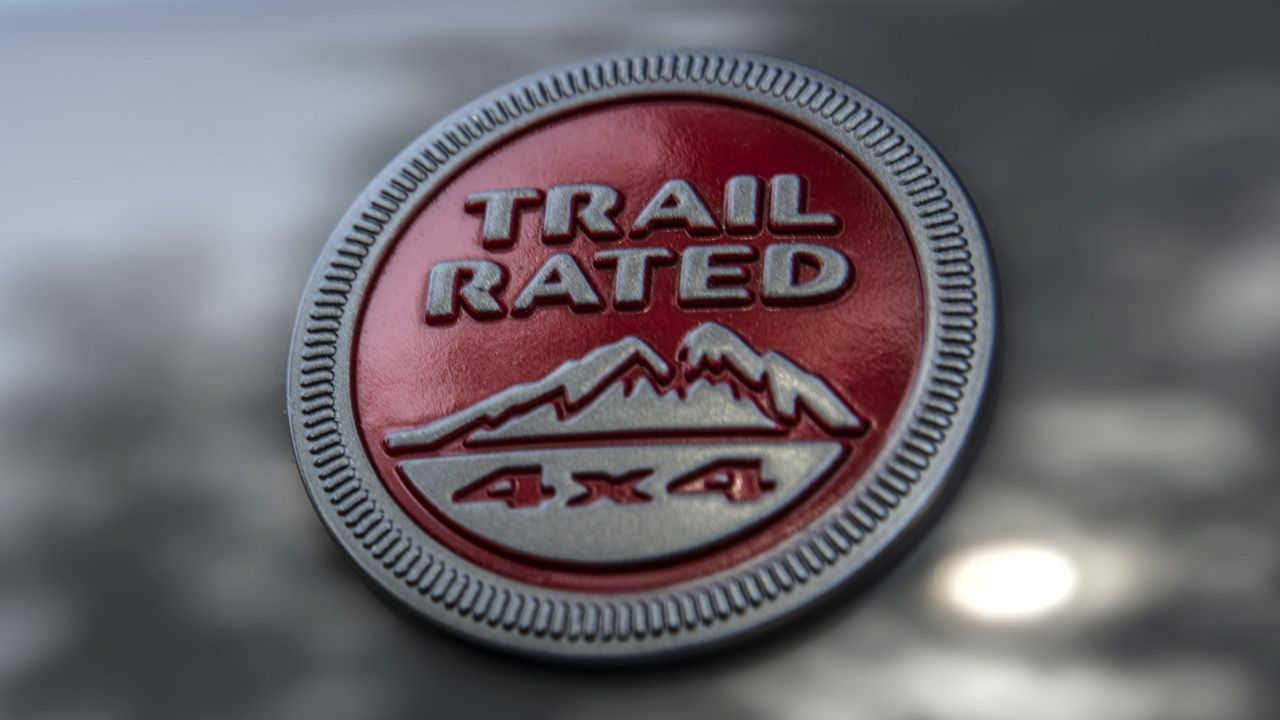 In a nutshell, our conversation essentially hovered around how Jeep sees India as a priority market, which is evident from the fact that once this year’s launches are done, Jeep's line-up will have four models – Compass, Meridian, Wrangler, and Grand Cherokee – which will be the biggest Jeep line-up in any country across the world, other than the United States. Even more importantly, all four vehicles will be either manufactured or assembled in India. And India is the only market other than the US, where the Grand Cherokee is locally assembled. Jeep officials talked extensively about their success in the Brazilian market and how they would like to replicate that in India, and if their current plans are executed well, with a broad line-up, capable products, and a blue-chip brand name, 2022 could very well be the year of Jeep in India.