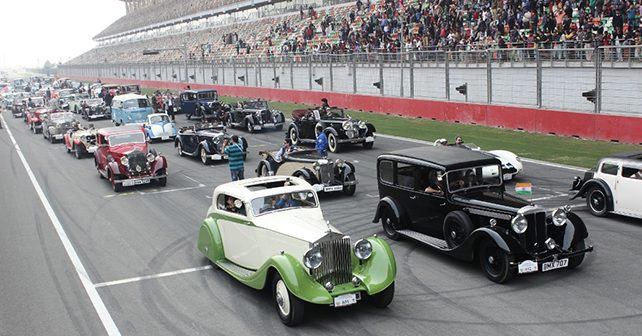 The sixth edition of the 21 Gun Salute Vintage Car Rally & Concours show came to a close at the Buddh International Circuit in Greater Noida.

The rally was held on February 6th and 7th, where on day 1, all the vehicles were displayed at the front courtyard of Red Fort. Some of the noted guests who paid a visit to the collection included Chief Guest, Ratan Tata, Chairman Emeritus of Tata Son in addition to Sandra Button, Chairman of the Pebble Beach Concours d’ Elegance, and esteemed members of Royal families of India among many members of parliament. 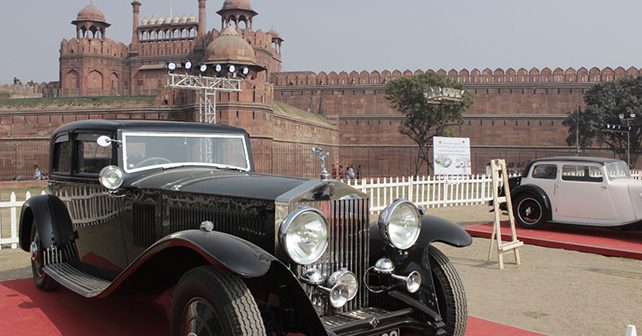 On the second day of the event, all the cars were scheduled to drive from Red Fort to the Buddh International Circuit in Greater Noida. upon arrival, most of the cars were to take a final round of Indian’s 1st and only F1 racing track to bring the event to a close. in the previous 5 years of the event, all the cars drove down to Leisure Valley in Gurgaon. it was the first time, the rally was concluded at BIC. 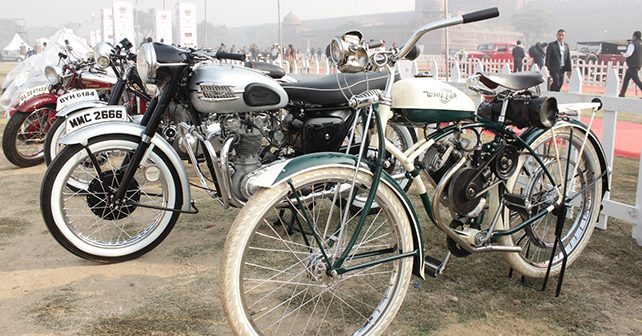 The rally consisted of over 100 beautiful cars and 65 historic motorbikes of the gone by era not just from india, but also from Europe and parts of Asia. The majority of the vehicles that featured in the rally were from 1920-40 eras. But some of them weren’t, like the Benz Patent Motorwagen from 1886, the very first car that was invented by Karl Friedrich Benz before he founded Mercedes-Benz. Henry Ford’s Quadracycle from 1896 was also on display at the event.

Many cars were also brought down from different parts of India like 939 Mercedes TYP 230 from Jaipur, Jaguar Mark V, 1949 from Ahemadabad, 1935 3.5 Litres, Bentley along with 1938 Cadillac Series 90 & 1935 Rolls Royce Phantom II Continental from Mumbai, 1929 Mercedes Nurberg from Bangalore, 1935 Mereceds Benz cabriolet from Rajkot, 1923 Rolls Royce from Kolkata, 1966 Jaguar MK II from Chennai, Dodge 1940-7 Seater limo from Pune and many more.

In addition to give the people of Delhi a small taste of the evolution, history, and heritage of motorised transportation from the years gone by; the rally also took upon itself to create awareness and promote the message of ‘Save the Girl Chid’ with the slogan “BetiBachaoBetiPadhao” message on all the cars for saving and empowering the girl child through this vintage car rally. 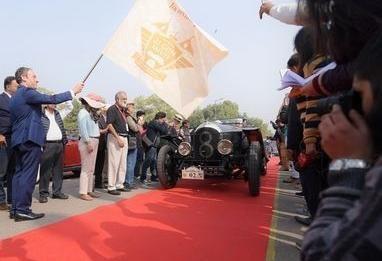