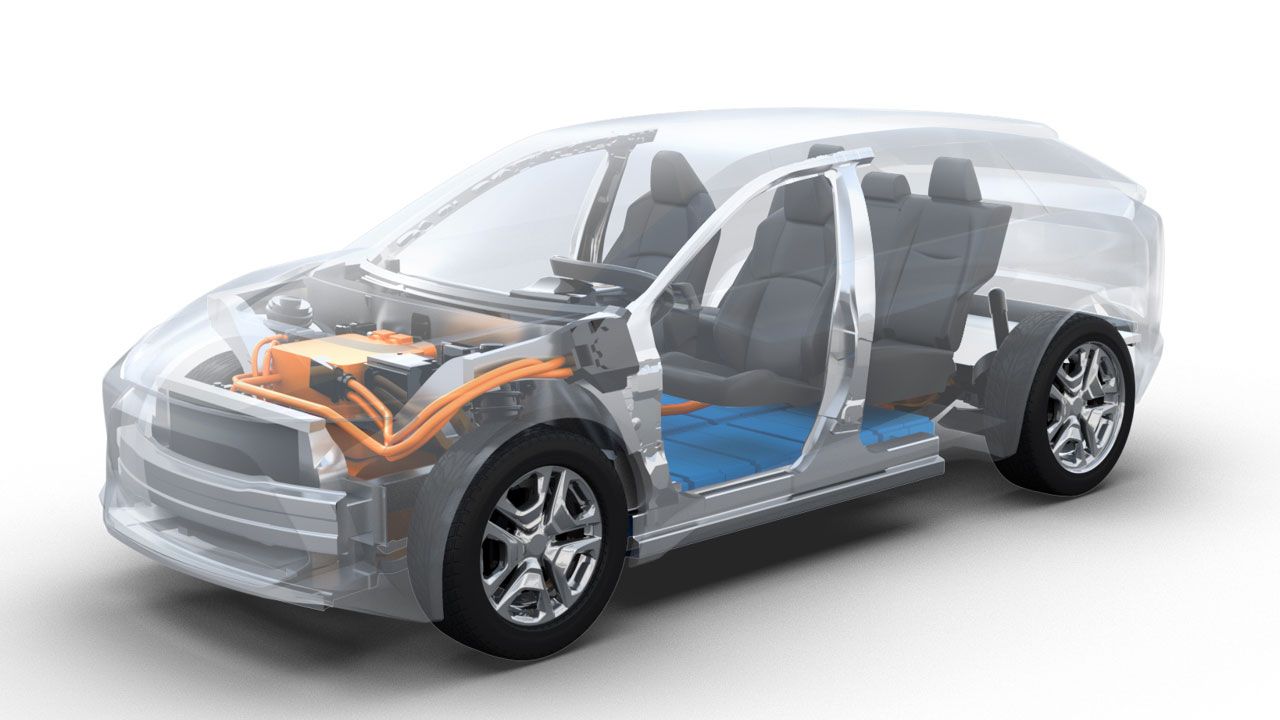 Toyota will reveal its first-ever electric crossover SUV in the coming months. The new e-TNGA platform, which will underpin it, is extremely versatile and can vary not just the length, wheelbase, width, and height of a car but also define if it will be a front, rear, or all-wheel-drive model.

While Toyota is known for making the most reliable cars on the planet, it is also known for manufacturing legendary pickup trucks and SUVs. So, when the maker of some of the most capable and reliable SUVs, such as the mighty Land Cruiser series, announces that it will commence manufacturing electric SUVs, global automotive markets are bound to sit up and take notice.

For its first-ever electric SUV, Toyota has decided to take the safe middle ground of offering a mid-size (international segmentation) electric SUV. The basic outline rendering that has been released for the upcoming electric SUV reveals a crossover SUV, which is likely to appeal to a wider customer base.

What’s more, it is even versatile enough to be able to underpin front-wheel-drive, rear-wheel-drive, and all-wheel-drive models. Even the length, wheelbase, width, and height of a vehicle can be altered by the platform. This sure sounds like Toyota has given just about as much flexibility to its new electric car platform as possibly needed.

Toyota has also revealed that the first car to be built on the new e-TNGA platform has already been developed and is being readied for production at the company’s ZEV factory in Japan.

'Toyota will shortly take the next step in the rollout of its forthcoming battery-electric portfolio by first previewing an all-new mid-size SUV in the coming months. The versatility and flexibility of e-TNGA technology allow us to design and create vehicles that are not just battery-electric but also exciting to drive and beautiful to look at,' said, Koji Toyoshima, Deputy Chief Officer, ZEV Factory, Toyota Motor Corporation.

Looking further ahead, and given Toyota’s legendary SUV DNA, it would be fun to see a full-blown electric SUV off-roader that can run wild alongside a Land Cruiser. While the possibility of a rugged ladder frame electric SUV is slim, a Range Rover style monocoque chassis electric SUV with serious go-anywhere capability is perhaps in the minds of off-roaders everywhere. But won’t that heavy battery pack bog a 4x4 SUV down? Well, there’s no telling what might be the outcome if anyone were to ever build one.