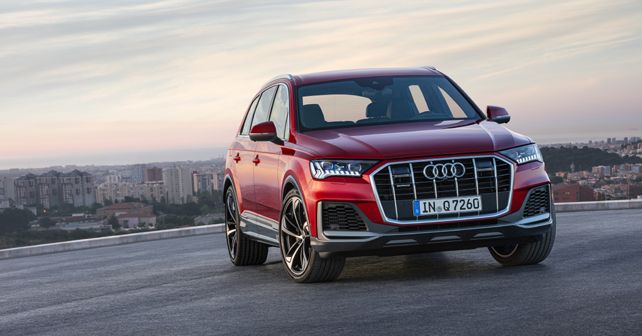 Apart from the 48V mild-hybrid tech, the 2019 Audi Q7 gets a big dollop of technology, which includes features like active roll stabilisation, air suspension and all-wheel steering.

Shortly after pulling the wraps off the sportier SQ8, Audi seems to be in an SUV frenzy, as it has now presented the reworked Q7. The new Q7 takes a departure from the design of its predecessor and is based on the brand's new & current design philosophy, which is yet to be seen in India. Audi's new design language came into effect with the A7, moved further with the introduction of the Q8 flagship SUV and then also made its way onto the A4, before being incorporated into the new Q7. What's important here is that in its new avatar, the Q7 gets back its butch appeal, something which, in our opinion, was missing in its preceding iteration (the current generation on sale in India). It has also grown in size, as the new version is longer by 11mm. 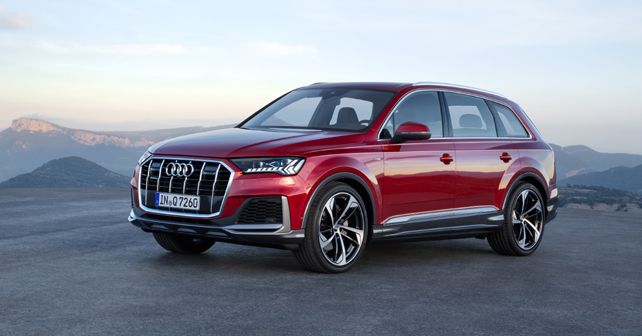 Therefore, the 2019 Q7, like its refreshed brethren, features the rather dominating single-frame octagon grille, with six upright chrome slats. The twin side-air inlet gets a more aggressive, chiselled profile, and the lower lip of the bumper underscores the new Q7's offroad prowess & high ground clearance. As part of the update, the 2019 Q7 also gets the option of Audi's HD Matrix LED lighting with laser light tech. At the rear, the new LED taillamps are now joined together by a chrome strip running across the middle of the boot lid. If you opt for the optional 'S Line' exterior, additions like a blade in the front bumper, accentuated underbody protection at the rear & 19-inch wheels come as standard. 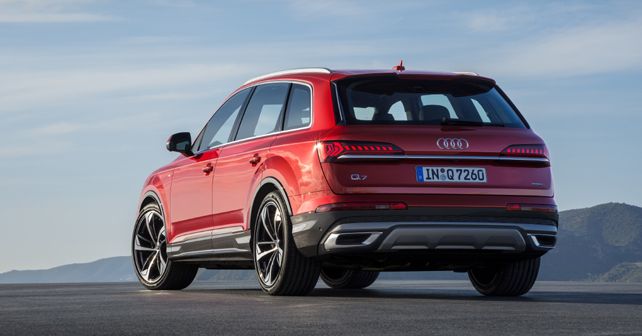 In terms of tech, the new Q7 has a lot to offer. Available as an optional extra, the electromechanical active roll stabilisation uses adjustable stabilisers to reduce body movement on uneven driving surfaces. For the first time, the Q7 also gets optional all-wheel steering, which turns the rear wheels by up to 5 degrees on slow speeds to enhance manoeuvrability. Other than this, the new Q7 gets the full-time Quattro AWD and air suspension as standard across all models. However, the optional 'S Line' package can also get you access to a firmer adaptive air suspension system, which can lower the ride height by another 15mm, compared to the regular system. 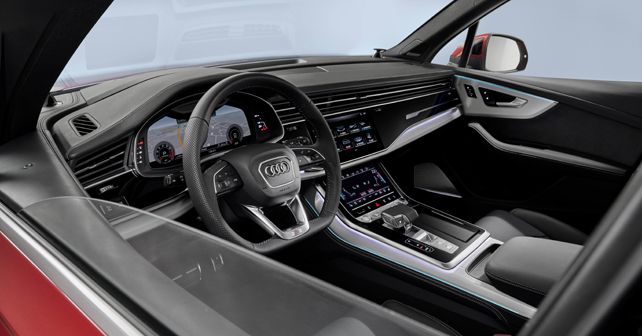 Coming to the powertrain options, all engines will come mated to an 8-speed Tiptronic transmission and permanent all-wheel-drive system. At the time of its launch, the new Q7 will be offered with a choice of two diesel engine options. Later, the engine options will see the addition of a petrol unit and a 48V plug-in hybrid version as well. 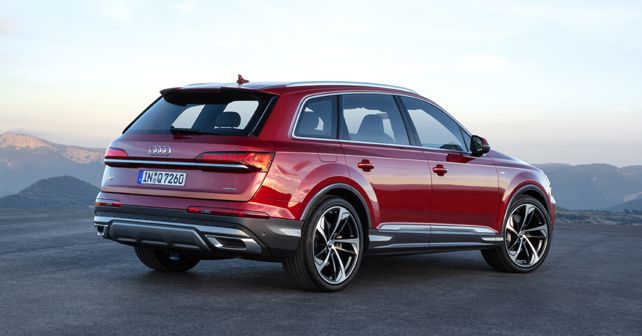