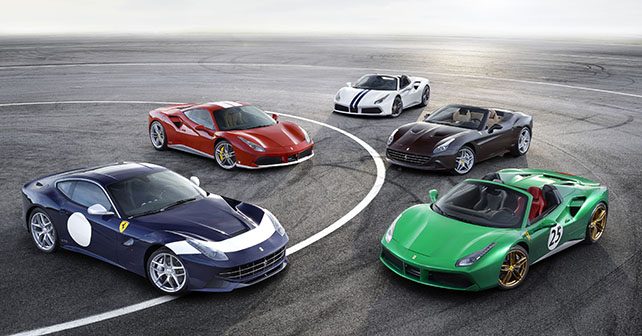 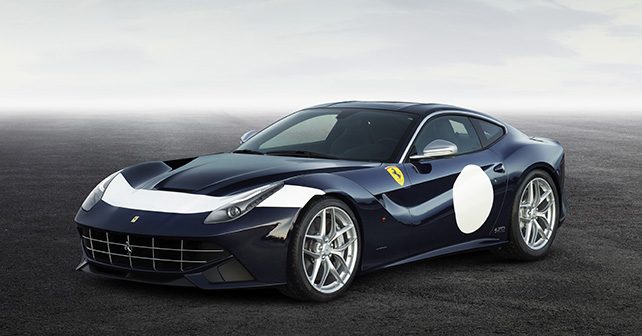 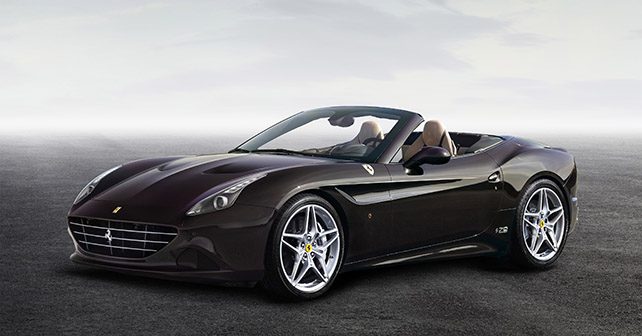 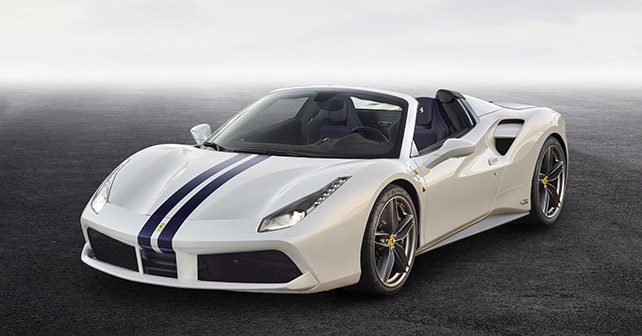 To commemorate their 70th anniversary, Ferrari have revealed limited edition model line up at the 2016 Paris Motor Show.

Ferrari have revealed a special edition model line up in addition to a new celebratory logo to commemorate the 70th anniversary of the iconic Italian brand.

The special logo will feature on the LaFerrari Aperta for the first time after which it will be available on the special edition models which include the F12 Berlinetta, 488 GTB, California T and the 488 Spider with 70 different individual liveries created by the Tailor Made.

The 70 different liveries configuration will be available with all the above mentioned cars, but each livery will feature on a single model only once which will result in a maximum of 350 cars with individual identities.

At the Ferrari stand in Paris, Ferrari have showcased four cars at their stand with such liveries. The cars are as follows: -

F12berlinetta: “The Stirling”, which has been inspired by the 250 GT Berlinetta SWB, winner of the 1961 Tourist Trophy with Stirling Moss.

California T: “The Steve McQueen”, this car’s livery has been inspired from the 1963 250 GT Berlinetta lusso, which was presented to American film actor from Neile Adams, his first wife.

488 Spider: “The Green Jewel”, pays tribute to the green livery of the 365 P2 fielded by the British David Piper Racing team which won the Nine Hours of Kyalami in both 1965 and 1966 and the Trophée d’Auvergne at Clermont-Ferrand in 1996.

Additionally, at the Taylor Made area, another example of the 488 Spider that pays tribute to the 1953 375 MM bodied by PininFarina with the three-layer Bianco italia exterior colour.

Ferrari have also announced a world tour that will include 60 different countries which will feature classic and modern Ferraris with the celebration finale that will conclude in an exclusive event in Ferrari’s home in Maranello.