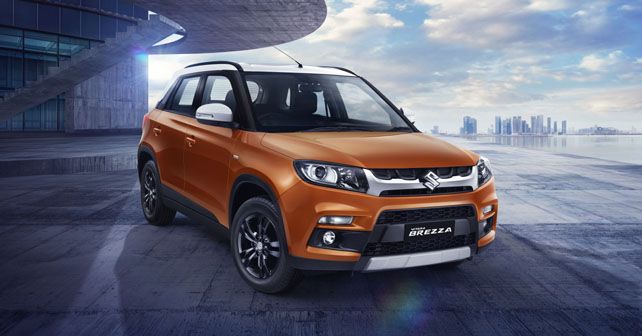 The Vitara Brezza is likely to get the same BS-VI compliant K15B 1.5-litre petrol motor, which has been recently introduced on the Ertiga.

We've been hearing for quite some time now that Maruti Suzuki is readying a petrol-powered version of the Vitara Brezza. It makes sense, keeping in mind the fact that among its competitors it is the only compact SUV which does not have a petrol option and that the sale of diesel cars is slowly declining. Seeing that the 2020 Auto Expo is scheduled to take place in February, we think that's the venue where Maruti Suzuki will launch the car.

Coming to the engine, sources suggest that Maruti Suzuki will use the same 1.5-litre K15B Smart Hybrid petrol motor for the Vitara Brezza. This motor currently powers the Ciaz & the Ertiga, however, the latter gets the BS-VI compliant version. It develops 103bhp & 138Nm of torque and gets the Smart Hybrid (integrated starter generator + dual battery) setup as well. The current Vitara Brezza is only available with a 1.3-litre diesel, mated to either a 5-speed manual or a 5-speed AMT (AGS) gearbox. The petrol version, however, is not likely to get the AMT. Instead, it will make do with the conventional 4-speed automatic found on the Ciaz 1.5 petrol.

Another crucial change applicable to the petrol Vitara Brezza is its excise duty. You see, sometime in 2008, the Indian government had stated that all sub-4 metres cars, which are either powered by a petrol motor of less than 1.2-litres or a diesel motor of less than 1.5-litres capacity will attract significantly lower excise duty. Now, seeing that the 1.5-litre petrol Brezza won't qualify for this duty cut, it will be interesting how Maruti Suzuki will manage its pricing.

As for the fate of the current 1.3-litre Brezza, it will continue to be on sale until the April 2020 BS-VI deadline. However, it won't be the end of the road for the diesel model as later, Maruti Suzuki is likely to introduce the BS-VI version of its new 1.5-litre diesel motor on the Brezza, which currently powers the Ciaz. Also, since the Brezza is due for a mid-cycle refresh, expect the petrol Brezza to feature some cosmetic changes as well.