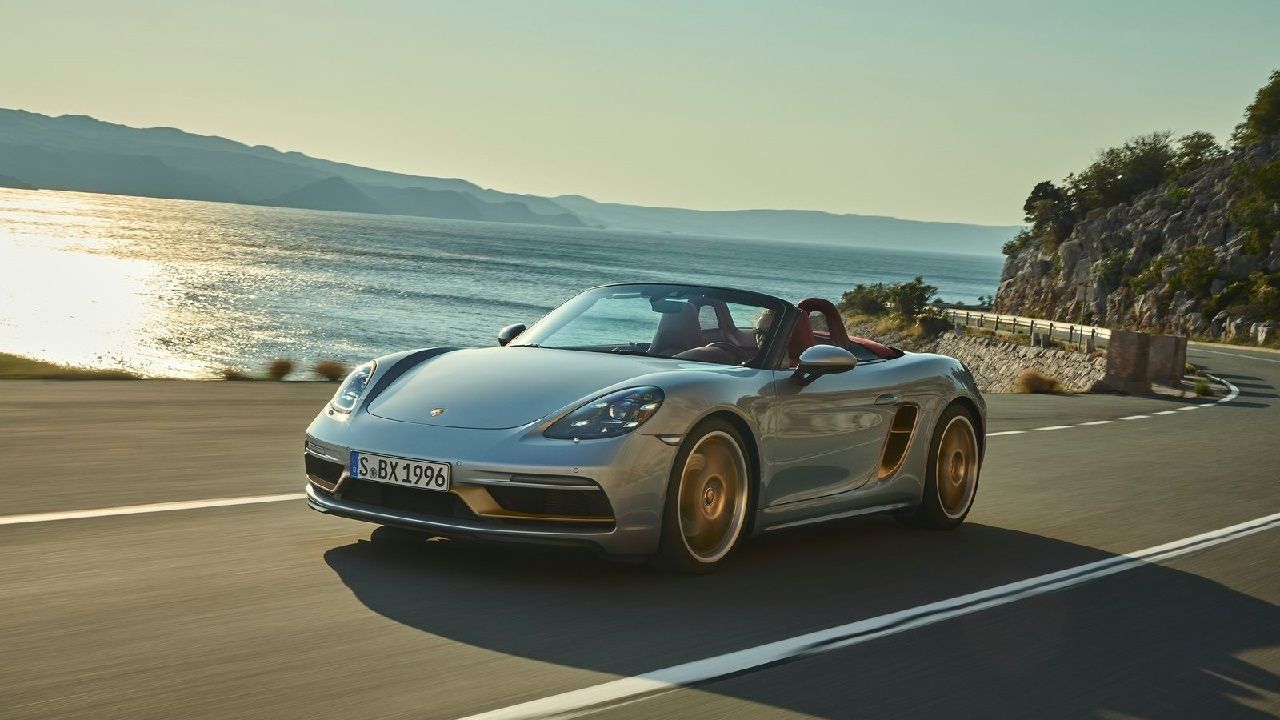 Porsche is celebrating 25th birthday of the Boxster with a limited-edition variant of the mid-engine sports car. Only 1,250 units will be produced for markets worldwide.

Porsche has revealed the 718 Boxster 25 Years limited-edition variant. As you would have already guessed, this special-edition version of the mid-engine sports car marks the silver anniversary of the Porsche Boxster. Only 1,250 examples will be produced for sales worldwide.

The limited-edition 718 Boxster is based on the GTS 4.0. This means it’s powered by a 4.0-litre six-cylinder engine that churns out 394bhp and 420Nm of torque. It’s available with a six-speed manual transmission or the seven-speed PDK dual-clutch automatic gearbox. The drive goes to rear wheels. With the PDK gearbox, the Boxster 25 Years will clock 0 to 100km/h in 4 seconds and will have a top speed of 293km/h. 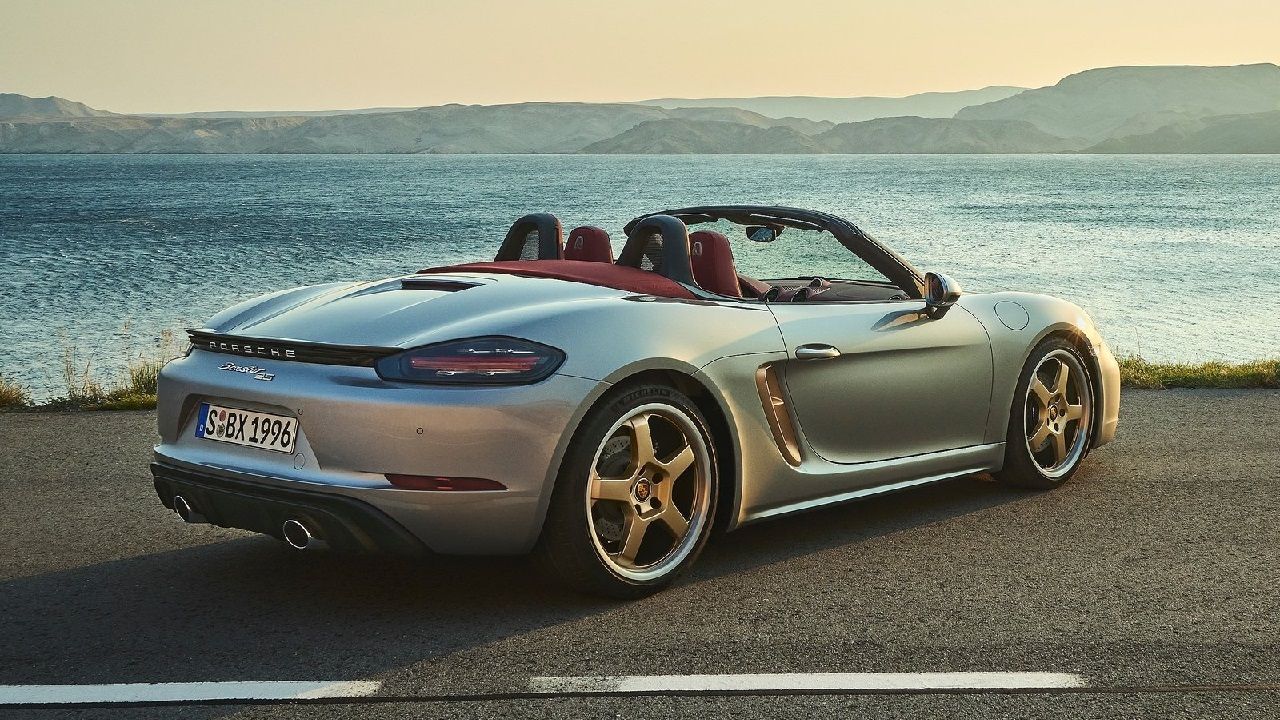 The interior of this special edition has some special bits, which would remind you of the past. It gets a Bordeaux leather interior with a red fabric convertible top, which is inspired by the original concept from 1993 – the production version was launched in 1996. In addition, there’s an interior package with ‘Boxster 25’ lettering and the heated GT multifunction sports leather steering wheel. Its exterior gets front and side intake highlights in a bronze ‘Neodyme’ colour – a nod to the original concept. Exterior colour options include Silver Metallic, Deep Black Metallic, and Carrara White Metallic.

The Porsche Boxster was first launched in 1996, and it’s in its fourth-generation at the moment. In over two and a half decades, Porsche has sold over 357,000 units of the Boxster in markets worldwide.