Tesla Model 3 set to roll out on July 7 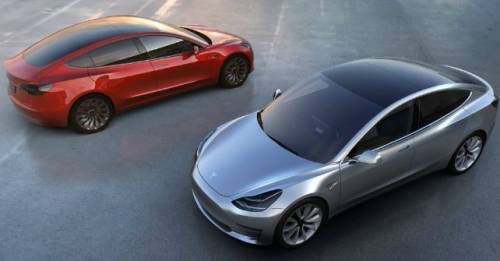 The Model 3 has passed all the regulatory requirements two weeks prior its schedule.

Tesla Motors’ CEO Elon Musk has officially revealed that the upcoming Tesla Model 3 will be rolling off the production line on July 7. Not just that, but the first set of 30 customers will be handed their brand new Model 3 on July 28 at a handover party.

Musk also claims that the production for the new entry-level Tesla is expected to grow exponentially – beginning from 100 cars in August to a claimed 20,000 cars per month by December. With such pace, the production is officially expected to reach 500,000 units annually.

Unveiled last year at Tesla’s headquarters in California, the Model 3 went for pre-order in April 2016, and has since generated over 40,000 pre-orders. Previously, Musk had made it clear that initially, the Model 3 will not be offered with an extensive customisation options – however, this might gradually change as the car establishes itself in the market.

Tesla has invested US $1 billion in to the company to meet up its future production targets, which are expected to shoot up with introduction of the Model 3. The company also aims to escalate the production of its other cars – Model S and Model X. 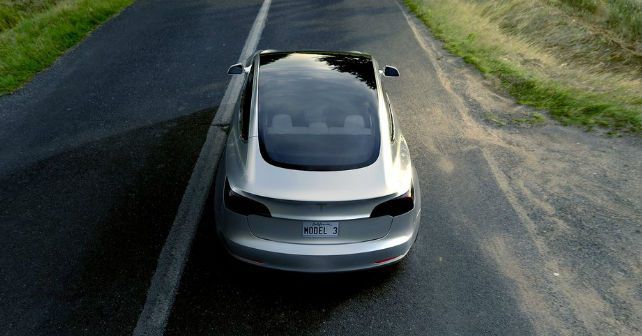 The Model 3 marks Tesla’s entry into the affordable price segment. The California based electric carmaker until now only had models on the premium side of the automotive spectrum. However, with the Model 3, the company is striving to make the electric car mainstream. The car can last up to 215 miles (346 km) on a single charge, and is a proper five seat passenger car. It can reach 100 km/h from standstill in just 6 seconds – without having any gas guzzling internal combustion motor under its bonnet!