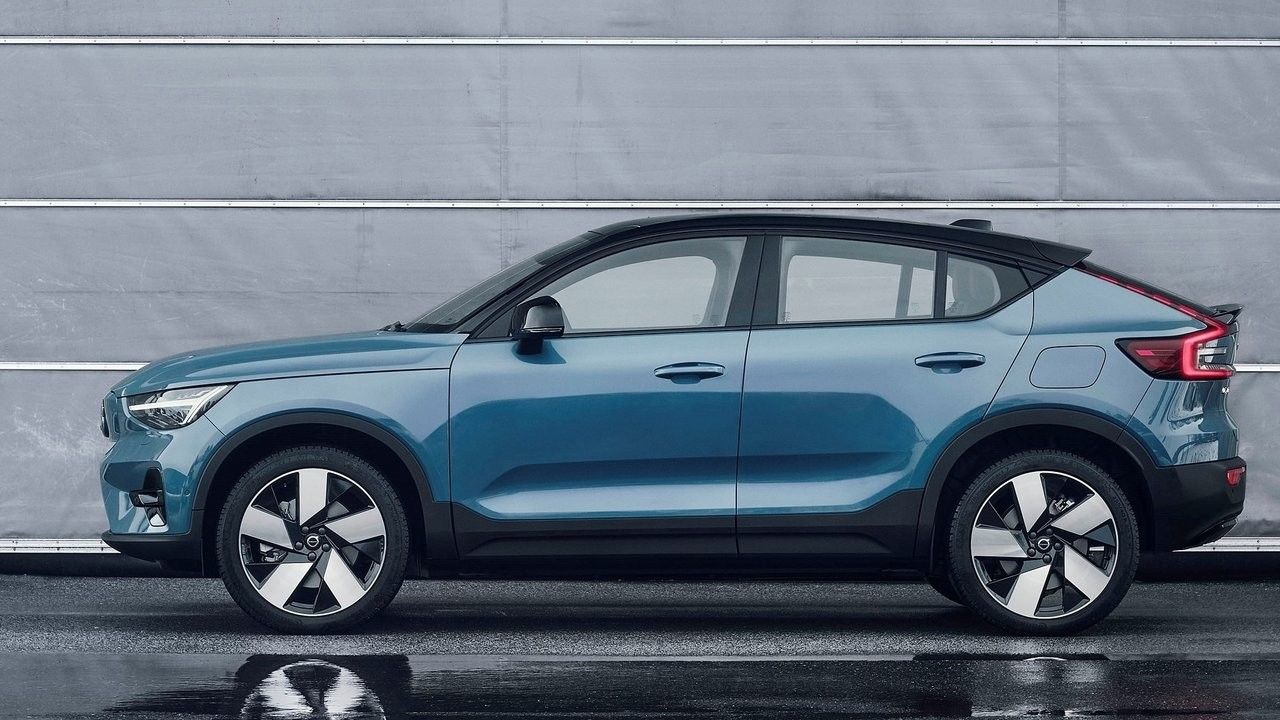 Based on the same CMA platform as the XC40, the C40 Recharge is the second all-electric vehicle to be offered by Volvo. The C40 Recharge borrows its powertrain from the XC40 Recharge and has a claimed driving range of 420km.

Over the past few years, Volvo has been very vocal about a shift to electric mobility. In fact, the company had earlier promised to launch five electrified cars by 2019-21. The Swedish carmaker took the wraps off their first all-electric car – the XC40 Recharge – in October 2019. Now, the company has added another model to its electric line-up – the C40 Recharge.

As the name rightly suggests, the C40 Recharge is essentially a coupe derivative of the XC40 Recharge. With that in mind, the C40 Recharge is based on the same CMA platform and also shares the same powertrain as well. Powering the C40 Recharge is the 78kWh battery pack, which sends power to two electric motors – one on each axle – which develop a combined output of 402bhp and 660Nm. Just like all other Volvo offerings, the top-speed of this one is limited to 180km/h too. The C40 Recharge has a driving range of around 420km. Volvo claims that the car can be charged up to 80% in 40 minutes using a fast charger. 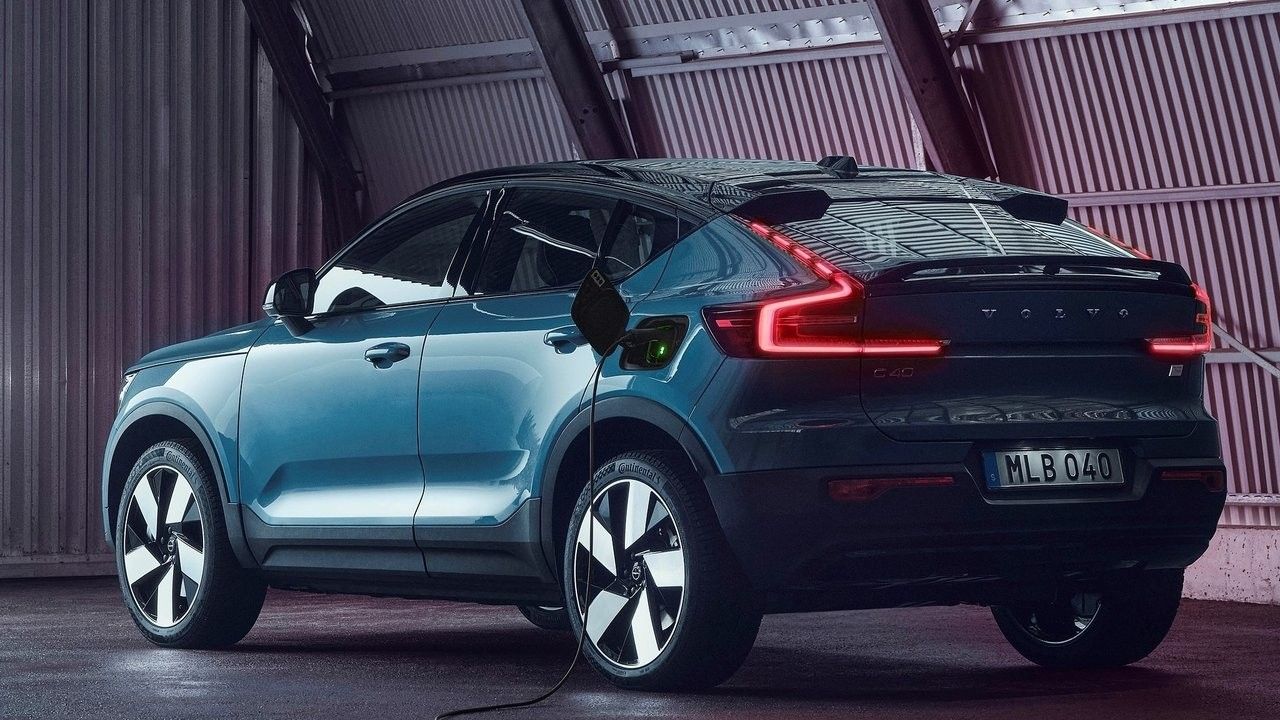 The biggest difference between the XC40 Recharge and the C40 Recharge is, of course, its design. While the shape of the grille and the overall stance up front remain largely identical, there are quite a few differences between the two models. The grille on the C40 Recharge is body-coloured and has some gloss black accents underneath. The XC40 Recharge, on the other hand, gets a distinct surround. The headlights and the front bumper on the C40 have also been reworked. The biggest difference is in the side profile. Being a coupe-SUV, the C40 Recharge’s roofline swoops down towards the rear. In fact, at 1,582mm, this aspect makes it nearly 69mm shorter than its twin. Needless to say, the headroom for the rear seat passengers has reduced too. 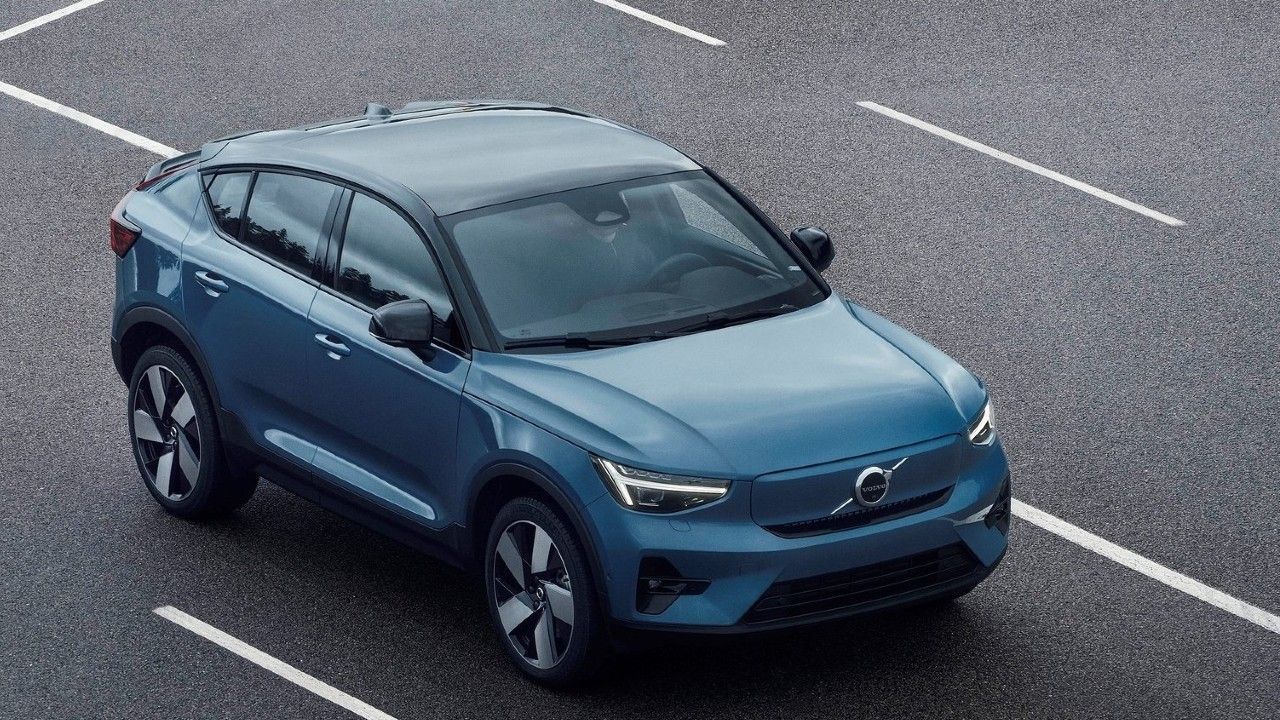 Just like all other Volvos, the C40 Recharge will also be offered with a bunch of interior trim options. In all other aspects, the C40 is identical to XC40. Volvo proudly announces that the C40 Recharge is completely leather-free. It also features an Android-based infotainment screen, which gets Over the Air (OT A) updates and unlimited data usage.

Volvo will commence production of the C40 Recharge later this year, and it is slated to be launched later in the year. Meanwhile, Volvo has also announced that the XC40 Recharge will be launched in India this year. 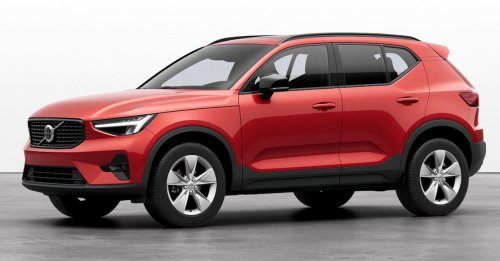