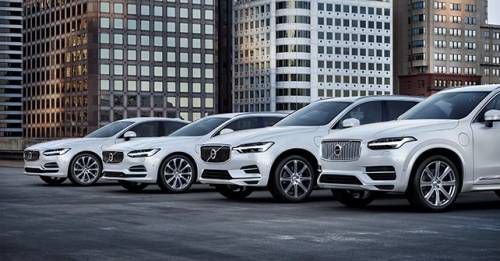 Five electrified cars to be launched between 2019-2021, as Volvo to shift focus to electric mobility.

Volvo Cars has released a statement claiming that from 2019, the company will completely shift focus to electrified propulsion and will no longer make vehicles which are solely powered by an internal combustion engine (ICE).

This statement follows the announcement of Polestar, their performance division, now becoming a separate brand which will focus on developing and producing its own electrified high-performance cars, with assistance from Volvo.

“This is about the customer,” said Håkan Samuelsson, president and chief executive. “People increasingly demand electrified cars and we want to respond to our customers’ current and future needs. You can now pick and choose whichever electrified Volvo you wish.”

The company has confirmed that between 2019 and 2021, five electric models will be launched. Three of these vehicles will be Volvo models, while the other two will be high-performance electrified cars from Polestar. These five cars will be supplemented by a range of petrol and diesel engines with some form of electrification as standard. They will be in the form of either fully electric, plug-in hybrids or mild hybrid cars.

For the products Volvo is expected to introduce before the 2019 deadline, will continue to feature traditional petrol and diesel engines. As for the five electric models which are to be launched by Volvo after 2019, Volvo has not revealed any additional information but has confirmed that they will be announcing further details on these models soon.

Additionally, Volvo plans to phase out the ICE gradually and enhance their offerings with electrified options, as the company has set a target of selling 1 million electrified cars by 2025. Another goal Volvo aims to achieve is complete climate neutral manufacturing operations by 2025 in order to reduce the carbon emissions of both its products as well as its operations.