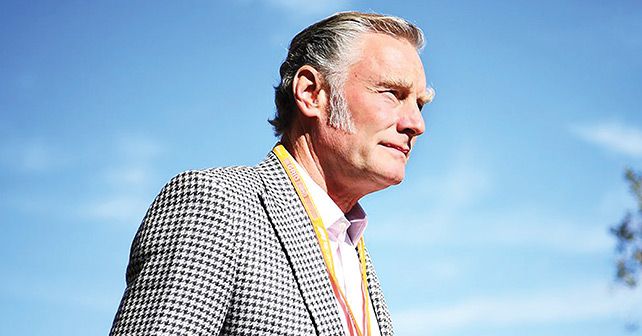 In three short years, F1 has gone from being an insular cash cow for a private equity firm to fan centric sport with a growing popularity. One of the men responsible is now retiring, but he leaves the sport with a bright future.

I knew it was coming, but I have to say that I’m sorry to see Sean Bratches stepping down as the managing director of commercial operations of Formula 1. People in F1 are always criticised – it’s part of the job – but from where I sit, Sean Bratches did a remarkable job in his three years in the role. When he arrived, Formula 1 had no real marketing structure at all. The sport was set up as a cash cow for the private equity people who ran it. They didn’t even bother pretending to promote the sport. They were there to rip out as much money as possible – that’s what private equity people do – and they obviously did it well. Unless you happen to love a sport, in which case private equity is like the plague. They suck out the life blood of a sport – and then sell what is left to anyone who wants to buy it. Thankfully, F1 landed in the hands of Liberty Media, an organisation with a little more foresight than the disrespectful folk of CVC Capital Partners.

Liberty brought in Chase Carey, a smart media executive from the world of TV, and Bratches, an energetic leader from ESPN. Neither knew very much about Formula 1. They certainly didn’t love it, but they understood what it needed – energy and enthusiasm. They might not have known who was World Champion in 1967, but that was not really required. You can hire people who know about history! What was required was passion and enthusiasm for the business. 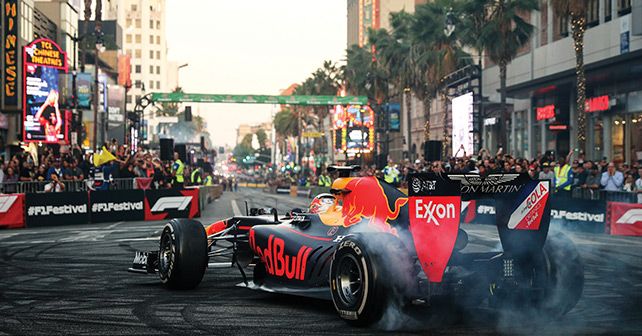 Bratches was a fountain of ideas right from the start. Some of them were daft, but his view was that there was no harm in trying. Most of them were not stupid and he rapidly put together a marketing team to sell the sport and make it more like every other sport in the world, rather than the archaic one-man band that it had been. There were times, for sure, when Bratches was too ambitious and reality forced him to pull in his ambitions, but he never lost his enthusiasm for transforming the sport into something on which to build in the future.

Formula 1’s digital business was completely revamped with a responsive web platform and extending the brand into areas such as direct-to-consumer, fantasy, podcasting, licensing and betting. In addition, he created and oversaw many brand and fan-facing initiatives, including the Netflix series Drive to Survive, the hosting of live car events in major cities around the world, and the establishment of Formula 1’s highly successful Esports Series.

He also pioneered the brilliant Extreme Innovation Series business forums, in collaboration with the Massachusettes Institute of Technology.

His remit was to create a proper structure for the sport, and he did that with a much broader sponsor portfolio, improved reach and scope for the sport’s global media rights, renewed race agreements and, thus far, two new races for F1. There will be more in the future that owe their place to Bratches. Watch out for Saudi Arabia, South Africa and, of course, a second race in the US, in Miami.

To achieve all of this, Bratches was tireless. He hardly ever went home to the United States, where his family waited patiently for him to complete the job he had been given. He travelled insanely around the world, with schedules that boggled the mind. He seemed to live only on chocolate, but he did it all with enthusiasm and never seemed weary, despite a schedule that would break most people. He was consistently positive, he took the punches that inevitably came his way and he brushed them off.

But there is a limit to what anyone can do and, eventually, as his contract came to an end, he wanted to go back to a more balanced life, to see his family, enjoy the benefits of his work, play more golf – and have more fun.

He is leaving with a few regrets, for sure. Living in London, when he was not on the road, was something he loved, and he was happy to admit that he will miss that part of the job. I’m sure too that he will miss some of the team of people he put together. He will continue to provide feedback and advice to Carey and other members of the F1 team, but he will do so from the United States.

When all is said and done, he did a terrific job. Could it have been better? Perhaps. There are still a lot of things that need to be done, but his energy and his role as a fountain of ideas is unlikely to be matched by those who now step into his shoes.

‘Sean has transformed the commercial side of Formula 1, and a testament to his work is shown in our momentum and growth as a business,’ says Carey. ‘I’m pleased that Sean will continue to be an advisor for us from his home in the US, he will always be part of the Formula 1 family and I look forward to his ongoing advice and counsel.’

Bratches said that he is ‘proud that I leave Formula 1 in a better position than when I joined in 2017, and I know that the foundation we have put in place as a team will continue to serve our fans around the world and reach new audiences.’
Well said!

Also read - Formula 1: A view from the other side