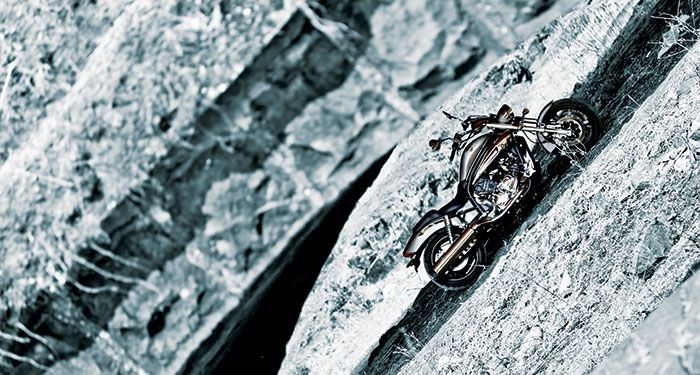 Another big & beautiful bike comes to our shores wearing a Hyosung badge. We go for a little joy ride to do our Hyosung GV650 Aquila and find out if the bike has what it takes to be a hit.

I will refrain from giving you a history lesson so let’s just say that Korean manufacturer, Hyosung, has had a bumpy ride since they first entered the Indian market. Currently, their bikes are brought into the country through the CKD route by DSK Motowheels, which is why the company is now called DSK Hyosung. But along with their new name, the Korean manufacturer has got a good footing in the market and DSK Motowheels has got very ambitious plans. Adding to the collection of Hyosung bikes already available in India is their 650cc cruiser called the GV 650 Aquila – and DSK promises more to come in the near future. So we decided to do an extensive Hyosung GV650 Aquila to confirm what it promises.

The GV 650 is a big bike with a mid-sized sports engine borrowed from the GT650. It’s not the cleverest of ideas but it does seem to work well. On the design front the bike is massively beautiful as it combines conventional strong muscular looks in a very distinctive and unique futuristic style – the perfect example is the large round shaped head lamp that is contrasted by the sharp rectangular LED taillights. Harley Davidson has accused Hyosung of copying the V-Rod design, but I see very little, if any similarities. The Hyosung GV650 Aquila is laden with chrome to make it more attractive, however I feel it is a bit overdone. It also sports a massive fuel tank, monster tyres and a fat exhaust that makes the bike look menacing. The overall build quality of the bike is a bit iffy though – surely something that needs looking into.

The riding position of the bike is really good. It’s got an extremely comfortable seat that even a Harley owner might envy. The handlebars are high and not too wide apart to make handling a little bit easier and while the bike is very low to the ground the ridding position is higher than you would expect. When riding in traffic the bike is very easy to handle, even though it weighs 240 kilograms. On the highway, it’s a blast to ride the GV. It is super comfortable on smooth roads and cruises with ease, and the seat also provides a bit of lower back support to aid your riding position.

The engine of the Hyosung GV650 Aquila is a 649cc, water-cooled 90 degree V-twin that delivers modest amounts of power. With 75bhp and 62Nm at the disposal of your wrist, the Hyosung GV650 Aquila can move you forward with appreciable acceleration. We’ve become so used to big engines being big on power and sound that the GV leaves you feeling slightly disappointed. The engine doesn’t sound too special and the power is at middle-of-the-road levels, but still, if, for once, you keep your power obsessed hat away, for a mid-sized engine, the performance is quite adequate. There’s no tachometer, but you feel the strong mid-range amply well – somewhere in the region of 4000-5000rpm. However, if you are in a higher gear, say 4th, at low rpm, the bike starts to shake a heck of a lot and you can hear all the components rattling away. This is one big problem when you’re riding in congested roads as in lower gears with low rpm, the bike has a lot of vibrations, which you can feel in your arms. At the opposite end of the speed chart, if you are going over 140kmph you start to lose confidence as the bike doesn’t feel very steady at high speed and the vibrations on the handlebars become heavier and the bike doesn’t feel stable. 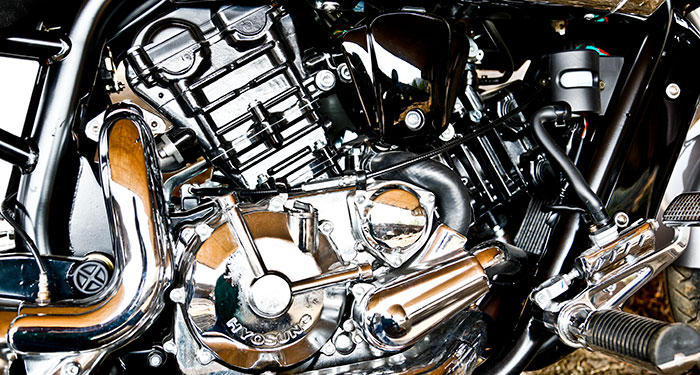 The transmission is a 5-speed affair that does the job most of the time, however, if you are a highway cruiser you would prefer another ratio added in to ease the vibrations and stress on the engine when doing high speeds. One major problem I faced was switching between gears. The light clutch was not a problem, but the gear lever is very hard to press down or pull up and I had to stomp on it on a couple of occasions to get it to shift. It would be a much better riding experience if the gear lever allows the rider to smoothly shift up and down between gears; sadly this is not the case.

The front brakes on the GV are 300mm discs that work well and the rear uses 270mm discs that don’t work so well. If you’re travelling at high speeds and if you need to brake suddenly, firstly it’s a little hard to locate the rear brake pedal as it is tucked in very close to the frame of the bike, secondly the response time is not very good and you need to press down very hard, and lastly the grip on the tyres is not the best. The suspension setup is pretty good and the front upside-down forks do the job well and so do the rear hydraulic shock absorbers. Overall, the bike handles well, gives a linear spread of power and is extremely comfortable.

On a very positive note, this goliath sized mid-engine beauty costs only Rs. 4,99,000 (ex-showroom, Delhi). There’s no other cruiser bike in the market with that capacity and that size, which can give you a better bang for your buck. The Hyosung badge might not be a huge motivating factor to purchase the Hyosung GV650 Aquila, but right now there is nothing better in the Indian market that can deliver such a package. In the US, European and Australian market, the Hyosung brand is a well recognized brand, and the people living there do know a thing or two about bikes. 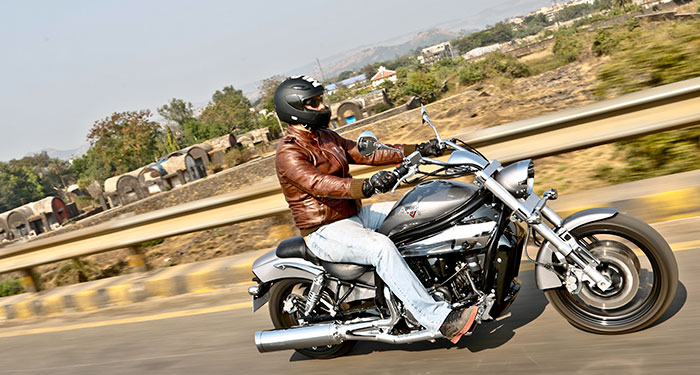 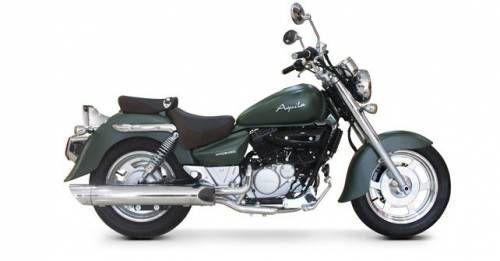 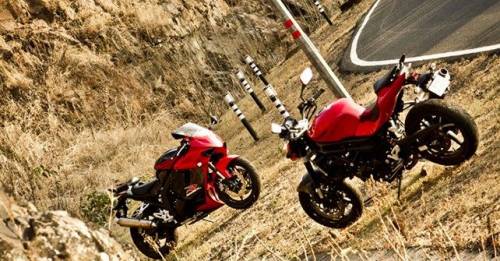 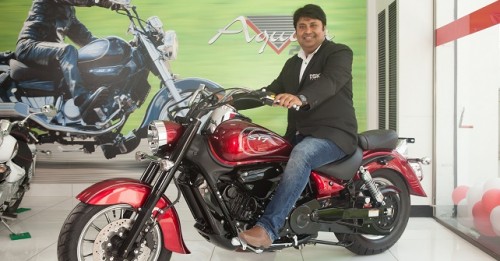 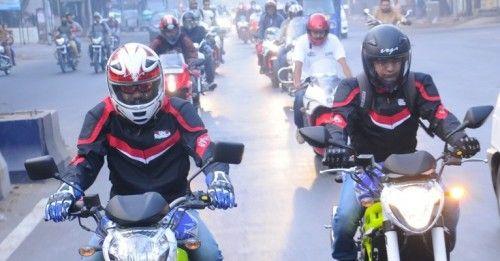 DSK Hyosung organises ride for members of its HyRyders Club 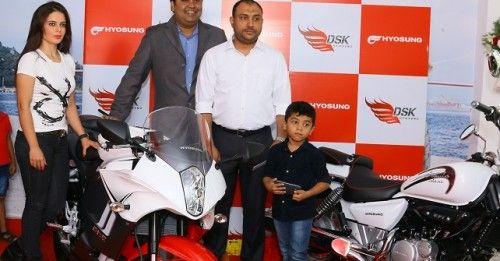 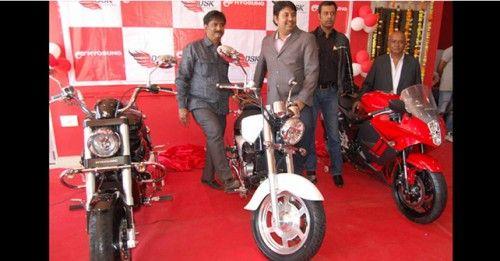