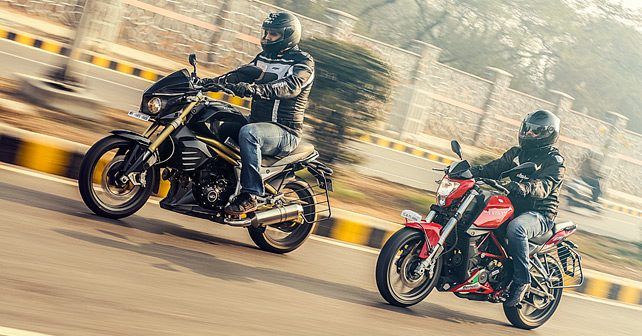 The sub-300cc segment has been rejuvenated with the launch of the Mahindra Mojo and the DSK Benelli TNT 25. But do they actually set your pulse racing? We ride them to find out.

A couple of years ago, if you wanted a motorcycle in 200-300cc segment, there were only a handful of options – like the Bajaj Pulsar 220, Hero Karizma, KTM Duke 200 and Honda CBR 250. And none of these bikes really set the market on fire – barring perhaps the Pulsar. This forced buyers to look at Royal Enfield. As a former Thunderbird 350 owner, I don’t want to get into its reliability issues and how their products have improved ‘for an Enfield.’ Fortunately, there are now a couple of new motorcycles that liven up this segment – namely the Mahindra Mojo and DSK Benelli TNT 25. We pit these motorcycles against each other to find out how they fare.

To be honest, the power difference between the two steeds is marginal at best – but their nature is completely different. The Mojo is more of a relaxed tourer and has a straighter commuter-friendly riding stance. It makes you feel like you’re riding a big bike. 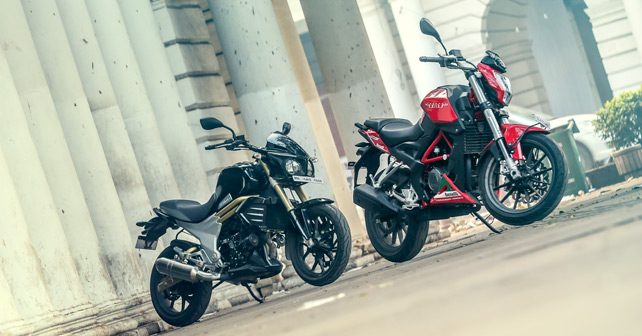 The Mojo is like the Hulk, who makes no qualms about flexing his muscles and announcing his presence. The oversized headlamp unit comes across as Darth Vader’s helmet with a pair of eyes. It also has LED-like eyebrows. Even though we would have preferred a simple round headlamp, it does manage to draw a lot attention from passers-by. Thankfully, the design’s chunkiness reduces when it comes to the body, and in profile it looks more impressive. The exposed twin tubular frame adds to the Mojo’s rugged character. The massive 21-litre tank is beautifully crafted with distinct creases. But, at the rear, you feel that Mahindra ran out of ideas, as the motorcycle looks very simple – with an LED taillight emerging from below the seat. As a result, the design looks quite front heavy. The Mojo has twin exhausts, which might come across as an eye sore, but we thought it looked just fine. The trouble is that it adds unnecessary weight. Though looks are a personal choice, on the whole, we’d give the Mahindra a thumbs-up. 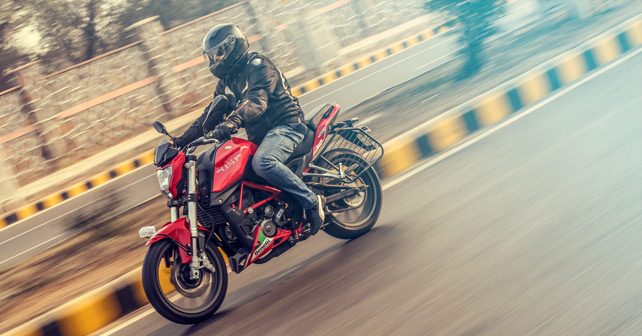 The TNT 25 is more compact and has a sportier streak, with an aggressive seating position as the foot pegs are pushed back a fair bit. For a short daily commute, it won’t take a toll on you – but on a long distance ride it could get quite strenuous. It’s obvious that Benelli is targeting younger riders who are looking for an agile motorcycle on which to zip around the city. Though it has a fairly simple design, it does show-off its sporty DNA with Benelli’s exposed trellis frame. Following the TNT design theme, the tank is crafted in angular shapes and the headlight is the same as on the TNT 300. The semi-muscular styling might be on the mellow side, but when it comes to attention to detail and build quality the TNT 25 certainly gets the better of the Mojo.

Mahindra’s trump card, though, is its 295cc liquid cooled engine, which is fairly refined and has a linear power delivery. Adding to its tourer character is its torque curve, which really kicks in at the 5,000-6,000rpm range. What’s more impressive is that the motorcycle doesn’t suffer from any annoying vibrations. The Mojo is certainly very smooth, but, with 26.8bhp, it could have been more responsive. The other issue with the Mahindra is that it weighs 165 kilograms, which is definitely on the heavier side. Both motorcycles come with inverted front forks and a monoshock at the rear. The Mojo behaves well on flat tarmac, but when it comes across an unavoidable pothole it’s best to brace yourself as it crashes through it. It can be quite a bone jarring experience in fact! Credit must be given to Mahindra, though, for providing an effortless 6-speed transmission – although the clutch lever is on the heavier side. The Mojo loses out in the handling department, though, as its weight is really telling when taking corners. Plus, its turning radius is limited. The Mojo gets Pirelli Diablo Rossi II tyres, which are soft and provide ample grip – but the chassis has a mind of its own and prefers long straightaways rather than winding roads. 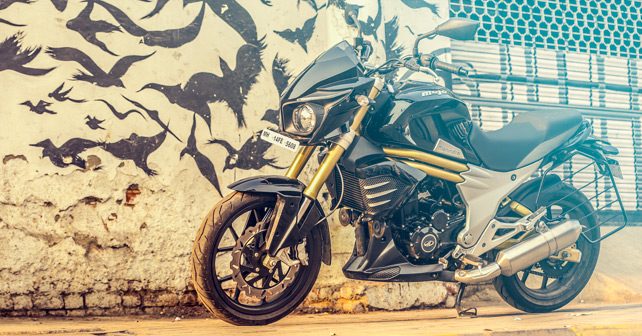 The TNT 25, on the other hand, is one rev-happy machine. The 249cc liquid cooled engine accelerates from the word go, and, with shorter gear ratios, it lunges forward. The 6-speed is not as polished as the Mojo, but makes up for this with its razor sharp handling. The Metzeler tyres beautifully complement the bike, and it feels very confident through the corners. With 28.1bhp, and 6kgs less mass as compared with the Mojo, the TNT feels a lot peppier. Even though it has a very aggressive riding stance, the suspension is very practical for Indian roads as it easily absorbs potholes. The seat too is more comfortable than the Mahindra, as the seat squab is a lot wider and provides better support. On the downside, the TNT 25’s body vibrations are quite pronounced.

And the winner is... well that depends on what kind of motorcycle you’re looking for. If you want a tourer, which has a great riding stance, and gives you a big bike feel then the Mojo is ideal for you. The TNT 25, on the other hand, has a sporty stance for enthusiasts who want a great handler that’ll accelerate at will. In the end though, the answer lies with you – do you want a tourer or a high revving thoroughbred? 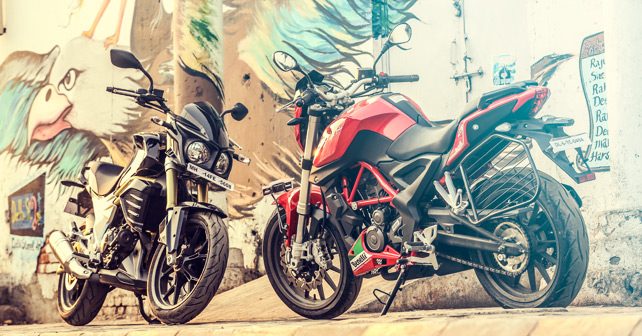