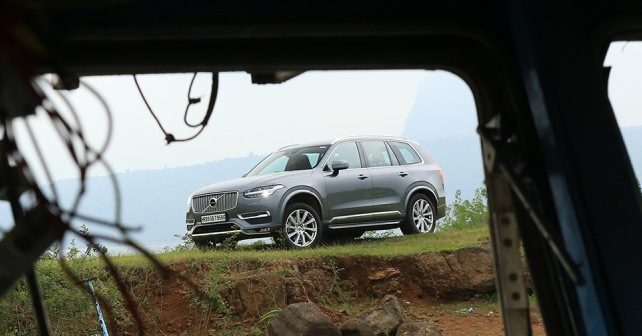 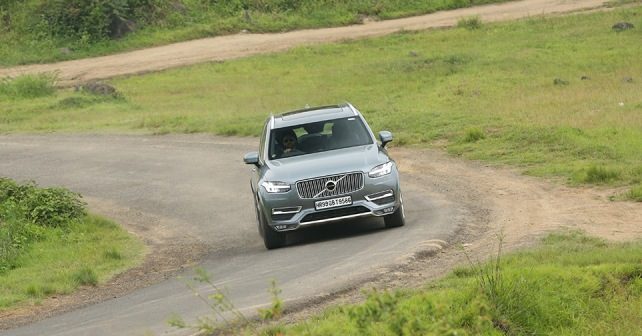 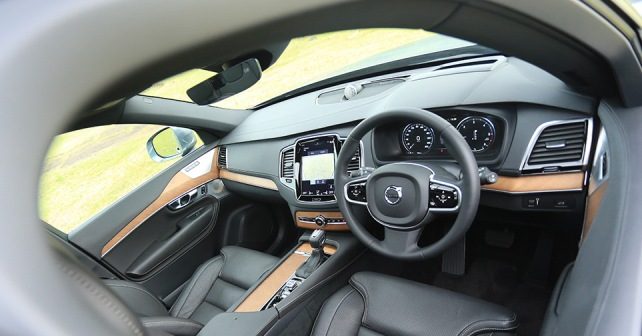 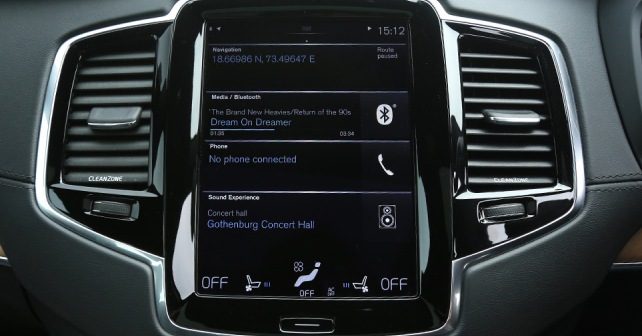 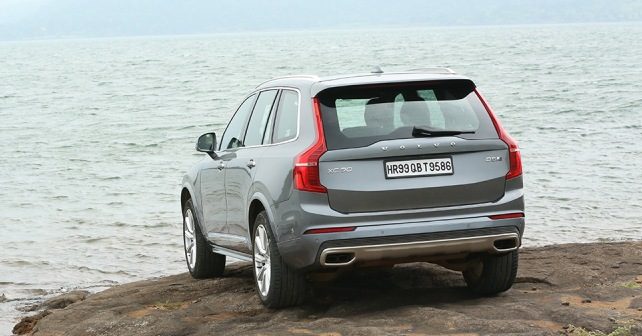 Volvo is all set to storm the luxury SUV segment with the all new XC90. We find out if it can actually rival its German competition.

If you are in the market for a new SUV, then your timing couldn’t be more impeccable. From Torslanda assembly plant in Gothenburg, Sweden, Volvo has managed to forge a tank like SUV, which will even make the God of Thunder want one. The all new XC90 will be the Scandinavian car manufacturer’s Mjolnir (Thor’s hammer) that aims to smash its competition. Many will be surprised to know, before the Audi Q7 burst into the scene and became the undisputed champion of its segment, it was the previous generation XC90 which was the leader of the pack. Some may accuse Volvo of being too laid back in their approach, but that is a debate for another day as this new flagship SUV aims to balance luxury, comfort, power and of course, safety.

Now the XC90 may not be made of Asgardian metal, like Thor’s hammer, but it is the first model to be based on Volvo’s new Scalable Product Architecture (SPA) platform, which aims at being one of the safest SUVs in the world. Its structure is a lot more rigid due to the use of different types of steel, including boron steel. Hence, this ensures that it offers robust protection.

Volvo’s philosophy is quite simple. They want to make sure you, the owner of XC90, feel special and this is the reason why the SUV is designed around the buyer. Now this may sound like a sales pitch, but believe me it remains true to its claim. That’s why we will first talk about the cabin. The beautiful uncluttered dashboard has a mammoth 9-inch touch screen, which is as intuitive as an Apple iPad. With such a big infotainment display, the sun’s glare usually becomes a problem, therefore Volvo has ensured that it is an anti-glare screen.

If we thought that the portrait-format centre interface was stunning with crisp graphics, then the unpolished walnut coloured wooden panels on the dashboard, centre console and doors give the cabin a feeling of being in a luxurious yacht. It feels nothing less than a first class experience and comes elegant touches of uber class like the ignition knob which is designed like a diamond. Simply twist it clock wise and the XC90 comes alive.

Traditionally, Volvo have always had one of the most comfortable seats and the secret behind this is that they work in tandem with orthopaedics when they design their seats, so that there is no unnecessary strain on the back. The same philosophy has been followed in case of XC90, but the contours of the seat not only beautiful merge into your back, it also offers excellent side support. There is absolutely no compromise when it comes to comfort, apart from the usual lumbar support, the thigh support of the seat extends like a lounge seat in a business class cabin. If I had my way I would have taken the front two seats home as they would be perfect for my living room. Apart from a relaxed cabin environment, all three rows are spacious. Yes, it is a seven-seater and adults can actually sit in the third row without feeling tortured. What was even more surprising was the ample headroom, thanks to XC90’s smart design.

As lush as the XC90 is, the 2-litre diesel heart is one of the most refined engines in the segment, if not the most. Fire up it up and the 222 ponies wake up without you even realising the powerplant is running. The output may not match its German rivals, but trust me it’s not a slouch from any angle. Some may find the acceleration too linear and would want more grunt, but looking at the larger picture, most owners would be comfortably seated in the second row. The 8-speed transmission is a smooth operator, though it feels like it pauses for a second to regain its thoughts before changing gears.

The XC90 comes in four driving modes -- Eco, Comfort, Off-Road and Dynamic. The SUV, on default, is in Comfort mode, which is ideal for city conditions and carpets potholes. In Eco, the XC90’s throttle response gets delayed, so that it can churn out the best possible fuel economy. When switched to Off-Road option, it increases its ground clearance and automatically activates Hill Descent Control. Keep in the mind the suspension set up becomes very stiff in this mode. Dynamic is where the XC90 lowers its height and is more planted on the road. It also holds on to the RPM needle a bit longer, so that you can get more out of the engine. This SUV is available in two versions Momentum and Inscription and both come standard with air suspension.

The Volvo XC90 has an old school brute like design, which clearly gives it an imposing road presence. The Thor’s Hammer LED lights and the huge in your face vertical grille give it a no non sense look. The Inscription variant comes with massive 20-inch alloys. Volvo has managed to bring in both muscle and class together and the XC90 could be just the success script they have been waiting for. It has a mind blowing 19-speaker Bowers & Wilkins sound system, which is equipped with an air-ventilated subwoofer. The music system not only plays precise individual acoustics, but also creates surround sound like the Gothenburg Concert Hall. The cabin is easily the XC90’s stand out feature. We didn’t find any major flaw in the SUV, but if we had to nit pick then the steering wheel could have been a lot more responsive and the lack of paddle shifters was certainly a faux pas from Volvo. The new 2015 Volvo XC90 is priced at Rs 77.90 lakh (ex-showroom, Delhi), it definitely is a must buy, if you can go beyond its non-German badging.