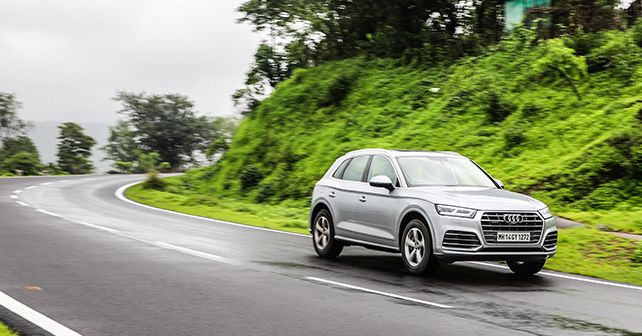 Audi recently introduced a petrol version of the Q5 at exactly the same price as the diesel – so which should you choose?

The Audi Q5, in its diesel avatar, makes 30Nm more torque than its petrol sibling, and is sure to be considerably more efficient. More importantly, it’s priced exactly the same as the petrol variant that’s been launched recently. Meanwhile, the 45 TFSI petrol Q5 makes considerably more power and is 45 kilograms lighter, resulting in better performance. On paper then, both variants have much going for them. So, the question is – which one should you put your money on? 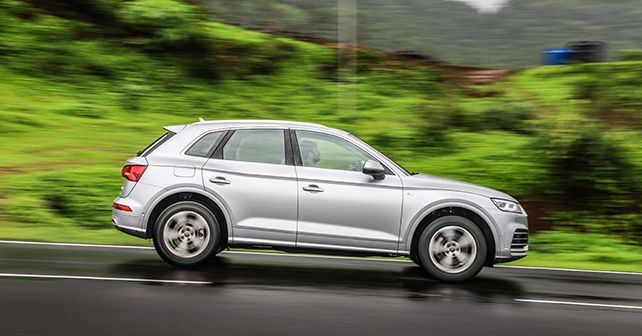 The Q5 borrows its motor from the Q7. In fact, at 248bhp and 370Nm, it even generates identical power and torque figures. Being smaller than Audi’s flagship SUV, the Q5 is almost 300 kilograms lighter, and the result is quite evident in the way it accelerates. That said, the Q5 does take its time while accelerating from a standstill. But this hesitation vanishes once the turbo kicks in at a little over 2,000rpm, and the Q5 lunges forward with an unusual eagerness. It gains momentum with tremendous ease, and before you know it, the speedo’s already crossed the legal speed limit. The motor is refined throughout the rev range, and irrespective of how hard you push it, engine noise inside the cabin remains barely audible. The Q5 comes equipped with a 7-speed DSG, which exhibits impressive smoothness and precision while toggling between gears. It does the job well, but not quite as well as the 8-speed torque converter on the Q7. 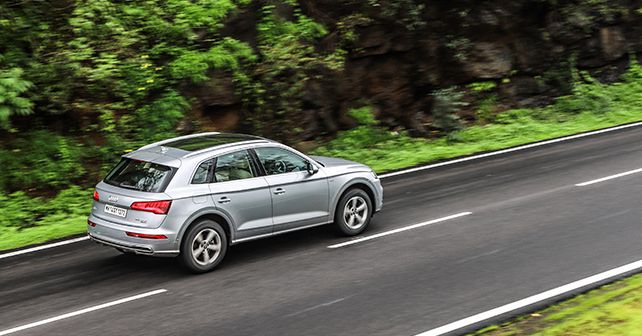 Like most Audis on sale today, the Q5 too comes with different driving modes – Eco, Comfort, Dynamic, Individual, and more. Shifting between these modes essentially alters the behaviour of the engine, gearbox, steering and suspension. If it’s a sporty driving feel that you want, the Dynamic mode stiffens the suspension and allows the engine to hold higher revs. While, in the default mode, the Q5’s steering wheel is extremely light, selecting Dynamic mode adds a little more weight to it. But that still doesn’t change the artificial and vague nature of the steering. That aside, the adaptive suspension, oodles of grip from the quattro all-wheel drive system and the punchy motor all come together to make the Q5 a fun car to drive.

The monsoons have washed away most of the roads in Mumbai, making them a perfect testing ground to judge the ride quality of a car. So, that’s what I did, and I must say that the Q5’s comfort was barely affected at all by the rough roads. Larger potholes, however, do affect the comfort quotient and force you to slow down. 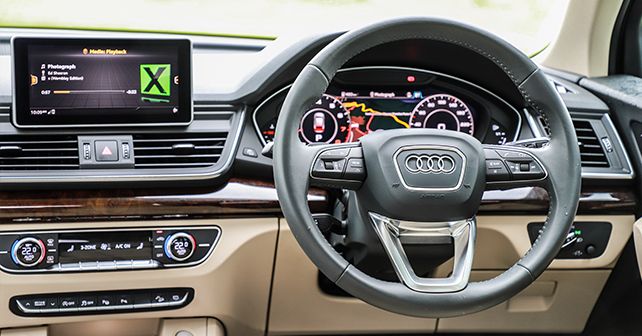 A quick look at the petrol Q5, and you won’t be able to tell it apart from its diesel counterpart – not until you see the 45 TFSI badge on the tailgate that is. The subtle and clean design cues give the Q5 a sumptuous appeal. But the difference between the old and the new is too small to be taken seriously. In fact, someone who doesn’t know better might just think of it as a facelift rather than a new-gen model.

Inside too, the Q5 petrol is identical to the diesel. The cabin is well appointed and offers a good view from behind the wheel. The mid-sized SUV offers adequate space and comfort both at the front and the back. 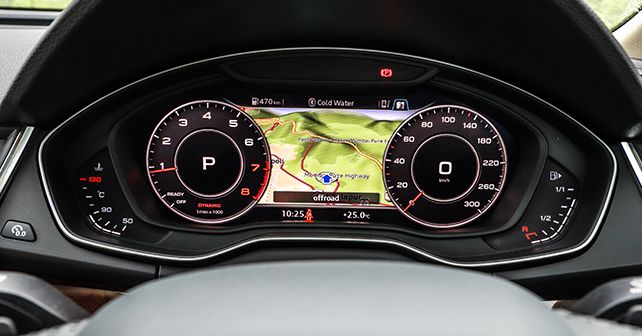 The Audi Q5’s feature list is long – as you’d expect from a car of this class. And it appears perfectly fine, until you see the equipment list of the Volvo XC60 or even the smaller, recently launched, XC40 for that matter. The German offering comes nowhere close to competing with the Swedes in terms of equipment. That said, the Volvo isn’t on sale with a petrol motor, and the Q5’s feature checklist is marginally better than its competition – the BMW X3 and the Mercedes-Benz GLE. 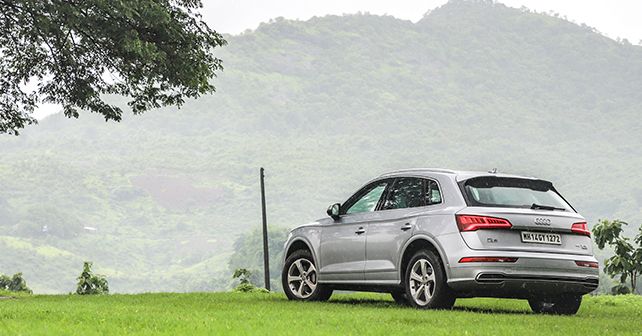 Now, to answer the question that we posed to begin with. Well, as the 45 TFSI Q5 offers a fair bit more power for the same price as the diesel, it would be our pick of the two. The petrol motor is considerably more refined, packs good grunt and, more importantly, is a lot more fun to drive. While the Q5 is by and large a great car, its biggest challenge is the segment that it plays in. Consider the competition in the segment, and the Q5 struggles. It’s a sort of Jack of all trades, but a master of none.

X-factor: A punchy motor, with impressive refinement, makes the Q5 45 TFSI fun to drive – and more desirable as a result.