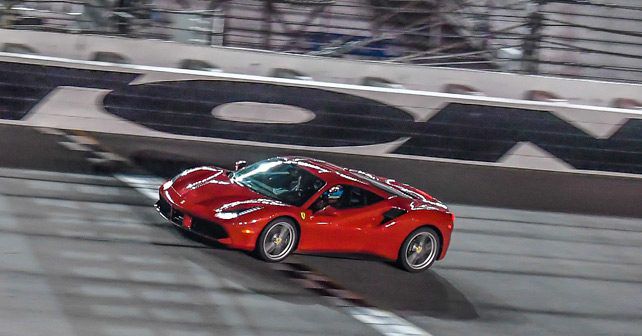 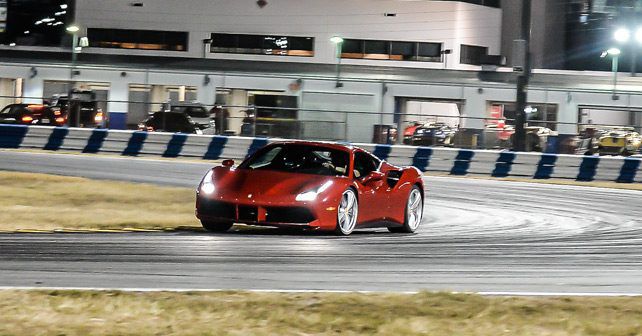 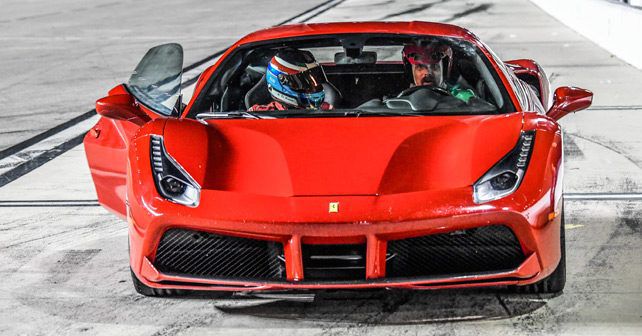 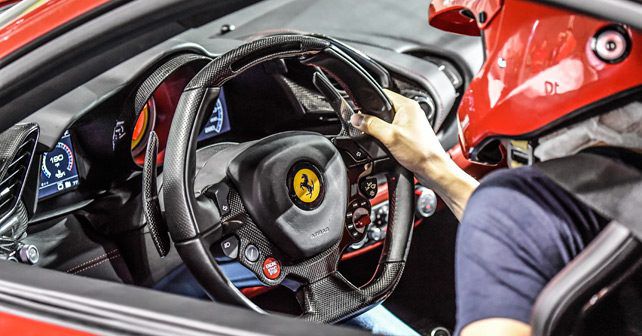 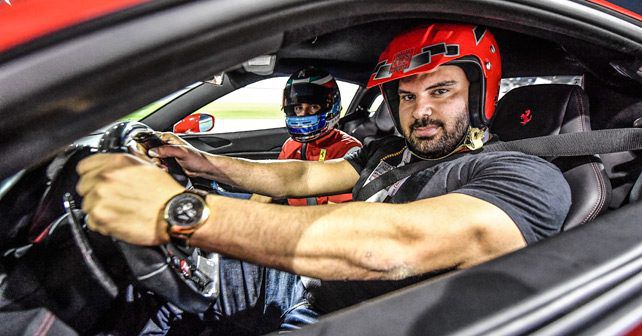 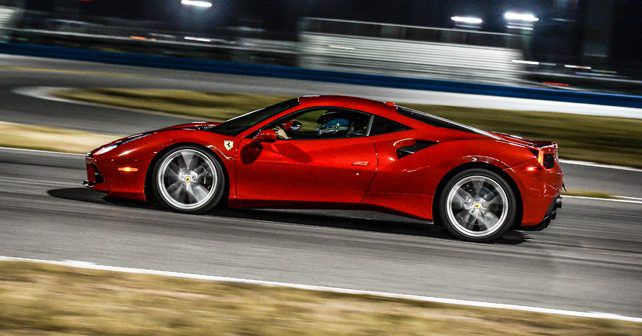 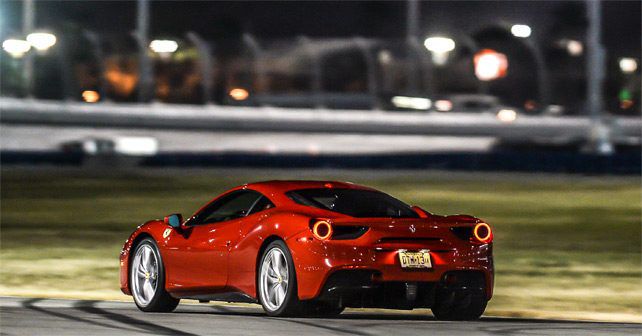 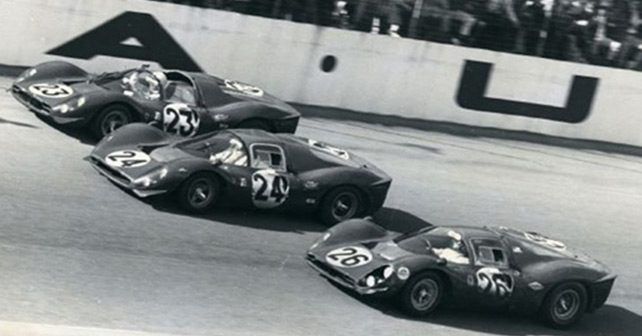 Jared undergoes a life-altering experience as he pilots a Ferrari 488 GTB around the legendary Daytona International Speedway.

I remember the first time I drove a car. I must have been around 12 years old, and I really didn’t care what it was as long as I could get behind the wheel of anything. The excitement of just being in the driver’s seat overshadowed everything else, and I couldn’t care less if it was a tiny hatchback, a minivan or a busted old Gypsy. That kind of passion for driving is what I miss sometimes.

My passion for motorcycles surpassed my love for cars when I first started working at autoX, as the adrenaline rush that I got from riding some of the fastest litre-class sports bikes and hard-core adventure bikes soon took over. It’s no secret that we test some of the best cars on the planet at our home track, the Buddh International Circuit, but after experiencing the acceleration of a BMW S1000RR or a Kawasaki Ninja ZX10R, driving sports cars – even if they were really fast – just wasn’t as exhilarating an experience anymore. But, then, along came Ferrari!

I was invited to witness the Finali Mondiali, which was the final round of the legendary Italian carmaker’s glamorous one-make championship. The final races were being held at the Daytona International Speedway, and, of course, I accepted their invitation and headed over to Florida. It was an action packed weekend that ended on a brilliant high, but what happened on the final night was life changing.

A group of international automotive journalists and myself had the Daytona circuit all to ourselves, and we set the track on fire with the latest Ferrari masterpiece – the 488 GTB. The 488 is a big deal for Ferrari because it marks a change of philosophy for the company’s mid-engined supercar. Gone is the naturally aspirated 4.5-litre V8 and in its place is a downsized, direct-injection 3,902cc twin-turbocharged flat-plane-crank V8.

It doesn’t matter how much I love motorcycles, but there’s always a great sense of excitement when I get behind the wheel of a Ferrari. I have driven a few before, but never on a racetrack – and I was about to find out just how incredible an experience it really is.

The 488 engine is a masterpiece – the performance is simply out of this world. What the engine lacks in character compared with the outgoing V8 it makes up for with outrageous performance and phenomenal drivability. No matter what gear you’re in, or what speed you’re travelling at, under no circumstances does the 488 GTB make you wait even a nanosecond when you call on the 661bhp and 760Nm of torque. With the seven-speed dual-clutch box, gear changes are also technologically astounding and instant.

Then, the chassis of the car is sublime – beautiful balance, huge grip, incredibly forgiving and miraculously comfortable in terms of ride quality. The handling is also on point of course, and the suspension brilliant. But I won’t go into much detail about the driving dynamics of the car, because we have already reviewed it extensively – and this is more about experiencing a brutally fast Ferrari on a legendary racetrack. The same track that Ferrari achieved their picture-perfect 1-2-3 finish in the 1967 Daytona 24-hour race.

And that’s what really blew me away – the Daytona track itself. Because the track was setup to use about 80% of the oval, with the balance of the lap being setup in the infield, it was perhaps one of the most exciting racetracks that I’ve ever driven on. And, of course, the fact that I was driving a Ferrari at Daytona only made the experience even more surreal. The feeling you get when you pin the throttle on the 31-degree banking for extended periods of time is just indescribable. On the steep banking of the oval sections the track is angled at a sharp incline, which means that you can feel a great amount of G-forces on the body. And that was something that I’ve never felt before in my life. Looking through the windscreen it felt as if I had achieved flight. The best part was that there were no restrictions on how fast we could go, which only added to the experience and made it the best moment of my life ever on four-wheels.

In a world of McLarens, Lamborghinis and Porsches, I’ve always been more fascinated by Ferrari. And it’s not just me, because the Prancing Horse is perhaps the strongest brand in the world today. And, whatever you think about Ferrari’s move to turbocharging, after experiencing the 3.9-litre twin-turbo V8 myself, I can only say that Ferraris continue to get better with each passing generation. After all, the 488 GTB just reignited my passion for driving!

We all know that Scuderia Ferrari is the most successful racing team in the history of Formula 1. But what most of you don’t know is that sports car racing was as popular as F1 at its peak in the middle of the 20th century. The 1950’s saw epic battles between Ferrari and Jaguar, in the 1960’s it was Ferrari and Ford, and in the 70’s it was Ferrari and Porsche who waged war at racetracks around the world. 1966 saw the first of Ford’s three victories on the trot at the 24 Hours of Le Mans. It also saw Ford take a 1-2-3 finish at the 24 Hours of Daytona and 12 Hours of Sebring in the US. The ‘67 24 Hours of Daytona, however, was where Ferrari managed to get the better of Ford and secured its own 1-2-3 finish. The three teams that crossed the finish line for a photo-finish were Lorenzo Bandini and Chris Amon in the No. 23 Ferrari 330P4 that won the race, followed by Mike Parkes and Ludovico Scarfiottti in the No. 24 330P4 and Pedro Rodriguez and Jean Guichet in the No. 26 330P3 entered by Ferrari’s US importer (and former racer) Luigi Chinetti.