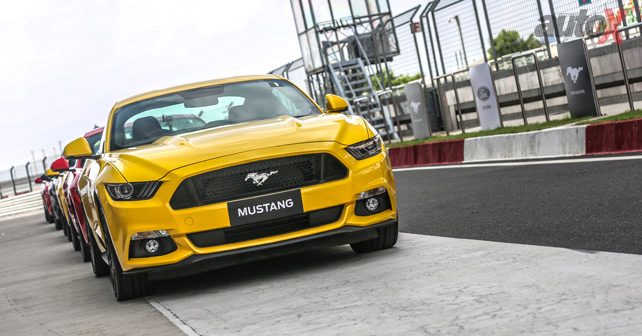 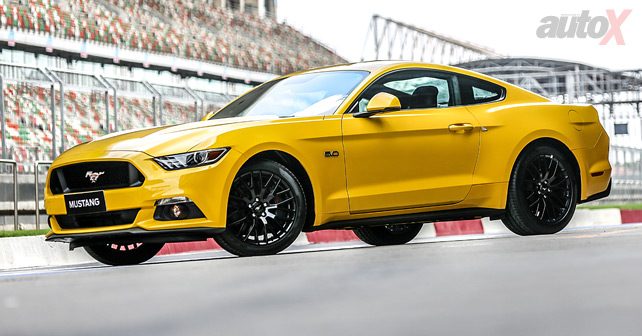 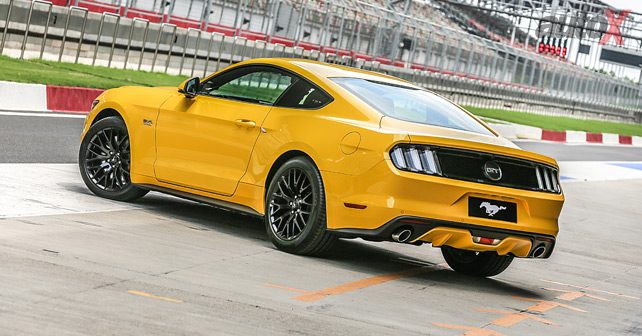 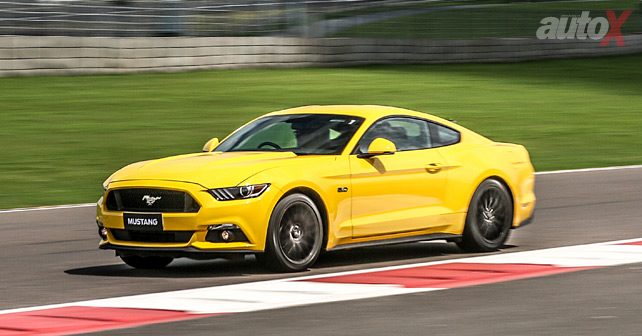 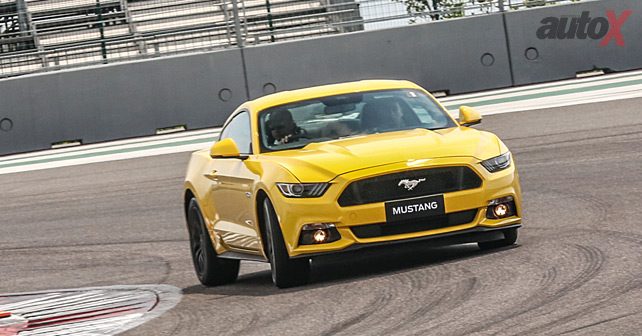 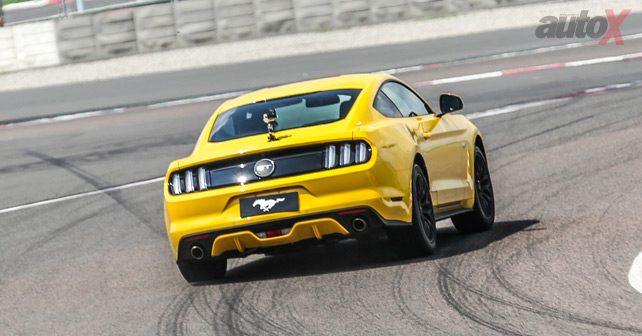 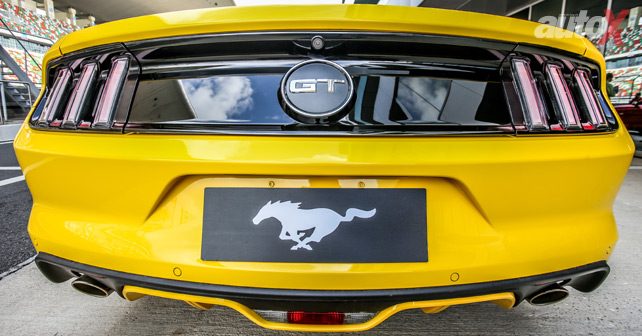 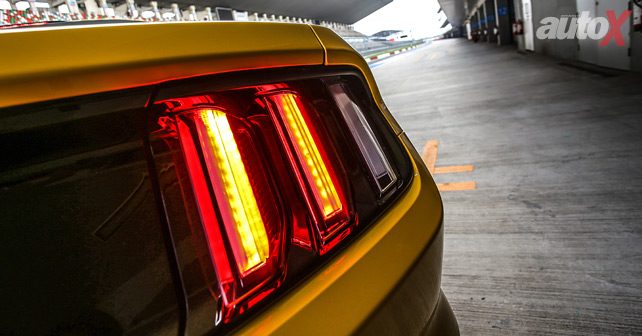 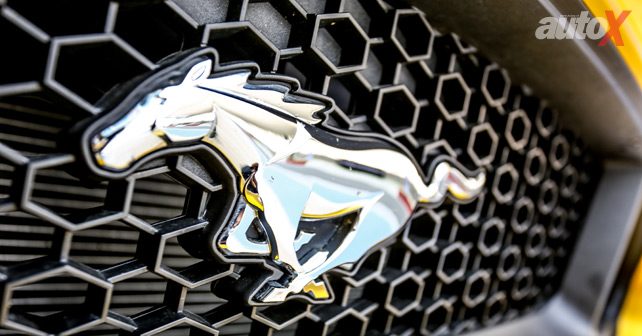 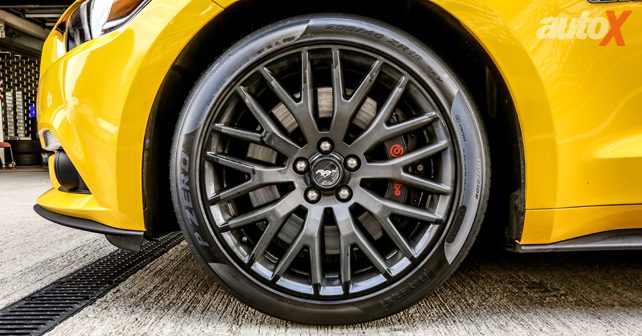 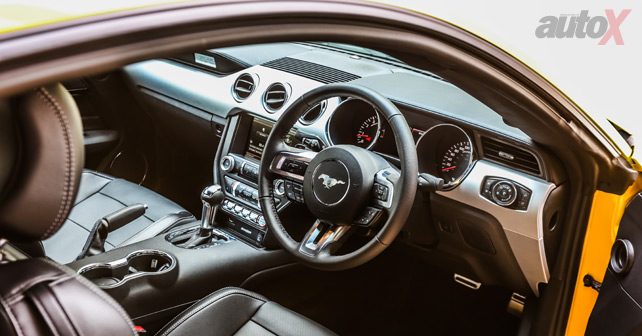 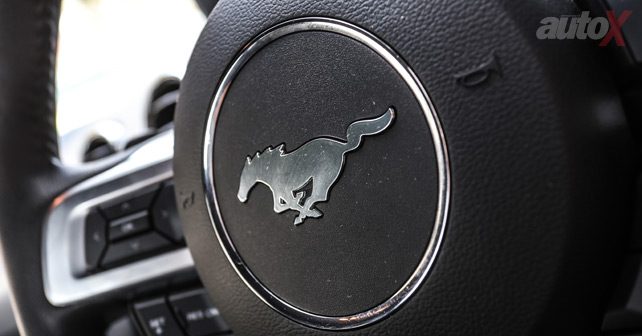 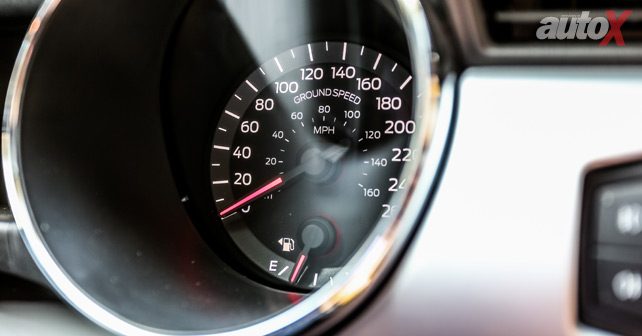 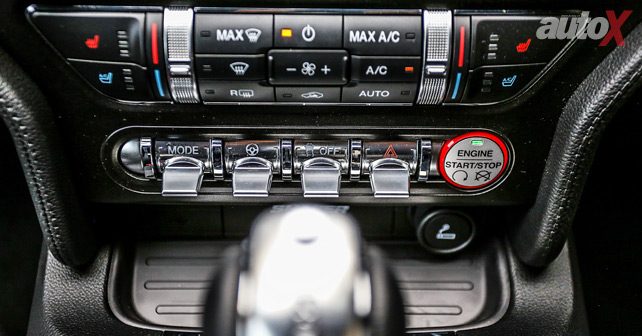 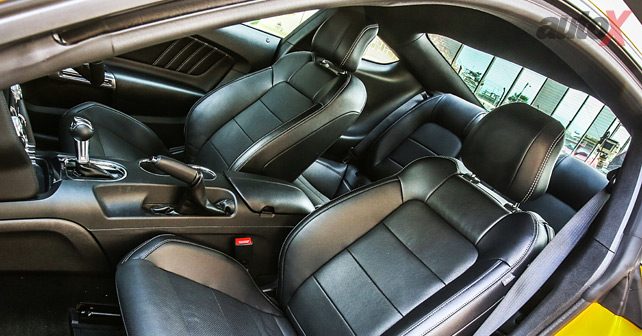 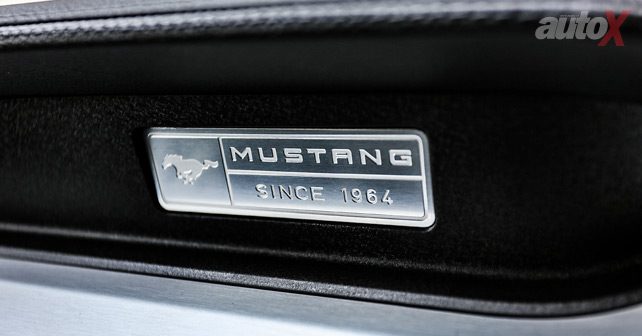 Whether you’ve been waiting since 1964 (when the original Mustang was launched) or since early this year – when the brand new Mustang GT was showcased at the Auto Expo – it’s been a long wait. But the legend is finally here!

There are few terms as ubiquitous as ‘Mustang.’ It has the same level of recognition with muscle car as coke has with soft drink, or Madonna has with pop music. This is, after all, the original pony car – the one that started it all!

You see, the sixth-generation Mustang (this one) has been designed from a clean sheet of paper – and, by all accounts, they appear to have done a pretty good job. Get this – the Mustang is the best-selling sports car in Germany at present. If that isn’t a ringing endorsement for a muscle car I don’t know what is. And, really, all it takes is one look to know that they seem to have got it just right. I mean, what a beauty! Although, I have to say that I wouldn’t particularly want the weight of expectation – especially from the rabid muscle car fans – on my shoulders when the time comes to pen a new model of the Mustang from scratch. Fortunately, then, the designers looked to the past for inspiration. But, at the same time, it doesn’t look retro. Yes, it looks like a direct descendent of the car that debuted in 1964 but it looks thoroughly modern at the same time – and achieving that balance is no mean feat.

The Mustang certainly retains the proportions of a pony car – long bonnet, rearward cabin, and fastback tail. And sitting on those black, multi-spoke 19-inch alloys it looks oh so purposeful indeed – that’s worth the price of admission alone. And a price that, well, is steep at 65 lakhs (Ex-showroom, Delhi) but not entirely obnoxious either. After all, the only other car with sporting pretensions in the same vicinity is the Audi TT – and that’s short 3.0 litres, 4-cylinders, and 175 horses on the Mustang. That’s right, what we’re getting is the full fat GT that proudly sports a fittingly massive ‘5.0’ badge on both front fenders. This massive V8 (4,951cc to be precise) produces 401PS (396bhp) at 6,500rpm and 515Nm at 4,250rpm. With all the power going to the rears (of course), this should be more than adequate to propel this 1,770-kilo beast to 100km/h from a standstill in just over 5 seconds. On this day, we got a mere five (un-timed) laps around the BIC – an appetizer so to speak. So you can be sure that we’ll be back at the BIC sooner rather than later to do a full track test with lap times and telemetry data.

This test was about just getting to know the car, and hoping that it’ll be kind enough not to bite back when prodded. And so we set off from the pit lane first thing in the morning with a tiny bit of trepidation and a lot of anticipation. The first thing I did was to activate Track mode (which is done via a set of rather nice retro toggles at the bottom of the centre console), which eases up the ESP. Exit the pit lane, wake up the V8, hit the apex at turn one, prod the gas, and it’s completely sideways through the first corner. This was going to be a fun five lap run!

On the back straight, 200km/h comes up in the blink of an eye – as the ‘Stang’ feels incredibly stable at high speed. First time on the brakes, and the Brembos respond immediately with reassuring pedal feel and urgent deceleration. The first thing that you notice is that the balance is very neutral. It’s set up for a little bit of default understeer, so you don’t get yourself into any trouble. Then, at the exit, you can get the tail to wag a little. But just a little – this isn’t the brutish unruly monster that its menacing looks make you think it might be. It’s actually very refined, highly civilized, and extremely easy to live with. The seats are genuinely comfortable (the fronts anyway, the rears are pretty useless for anyone whose age is in the double digits) and they have seat cooling too through the perforated leather – so your heart may be pumping behind the wheel, but you won’t be sweating. The cabin design – like the exterior – is clearly inspired from the past, but it’s very much a product of the 21st century. It manages to perfectly blend an evocative metallic plaque on the dash that reads “Mustang, since 1964,” with a cutting-edge touch-screen infotainment system in the centre console. But what really gets you is the view out from the driver’s seat – that massive muscular bonnet that’s outstretched in front of you.

There are a few niggles however. That V8 never really gives you that shove in the back that you expect.  It’s been detuned for our market (by almost 40 horses) and that’s obviously quite telling. My suspicion is that the fuel we were using at the track wasn’t quite up to snuff. This engine should be approaching 400 horses on 91-octane fuel, but it just didn’t feel as urgent as you’d hope. Perhaps with a manual gearbox it would come alive – which, unfortunately, isn’t offered in our market. As is, the six-speed automatic is more that adequate – but it lends itself to being more of a cruiser as opposed to a corner-carving track machine. Don’t get me wrong, there’s plenty of power on tap. And the engine is extremely smooth and linear. Once you surpass the 4,000rpm mark, it surges towards the 6,900rpm redline. I just wish it were that little bit louder, that slight bit more free revving, and that tad bit more of a wild child from the 60’s. I can’t help but feel that this machine would be far better behaved on the street than on the track. It’s got road presence like nothing else on the market after all. You could have a Porsche 911 drive by and then a Mustang and I’m willing to bet that all eyes will be on the pony car. Plus, the ride seems compliant, the cabin is well made, and the driveline is perfectly suited to the ‘GT’ (grand tourer) moniker on the centre of the tailgate. Focussed track car it may not be, but it never intended to be really. Full on muscle car? You bet!

It’s every bit as evocative, alluring and just downright desirable as the original. Would I pay 65 lakhs for one? In a heartbeat (if I could afford to). I don’t know how many Ford has allotted to the Indian market for the year, but I have a sneaking suspicion that they’re going to sell out fast. So, if you can raid your bank account and come up with the goods, I wouldn’t wait too long before heading to the nearest Blue Oval dealer with pleading look in eyes and cheque in hand…