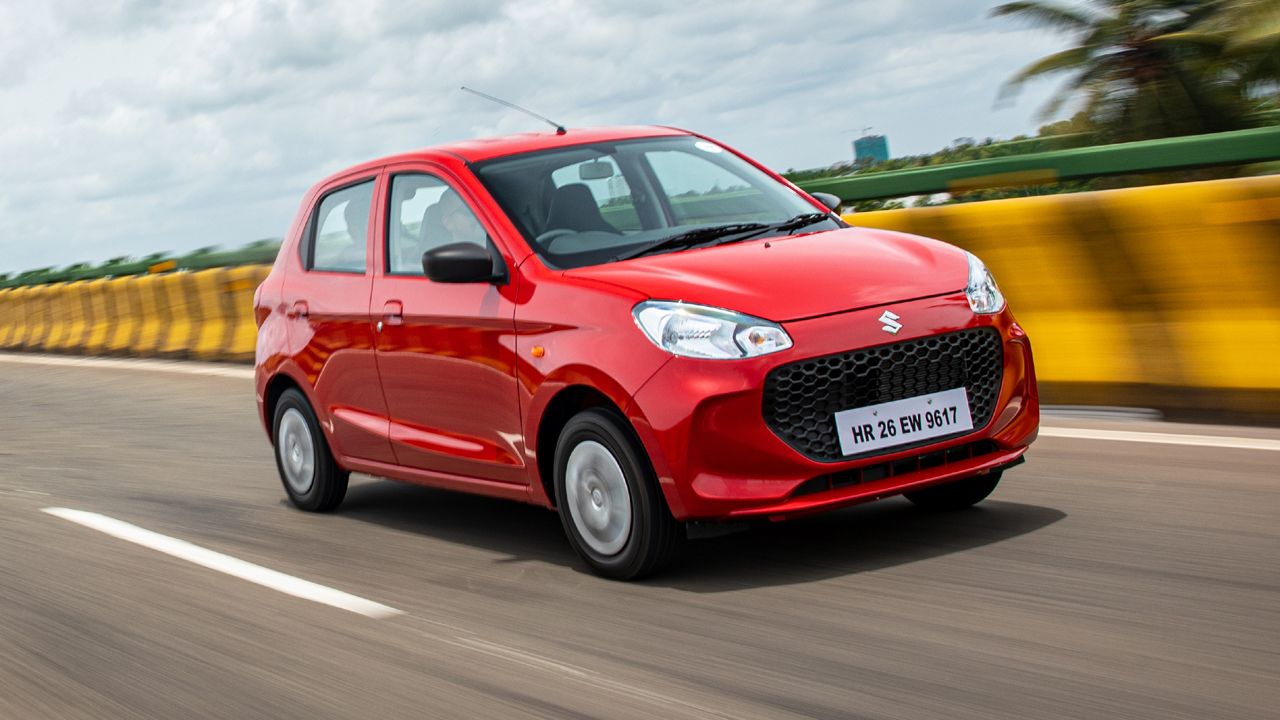 For a small car, the Alto K10 is making big leaps and bounds. But does it manage to shake off that budget car vibe?

The Indian car market, in 2022, is a cutthroat place to be in. Just to survive, you have to offer dollops of features, the promise of safety, a facelift every two and half years, and a full model update every four to five years. Honestly, it sounds exhausting. However, if there is one car that isn’t held to the same standards, it’s the Maruti Alto. It’s been the quintessential Indian hatchback for more than two decades now, with only one goal - to offer economical personal transportation from point A to point B, while keeping you cocooned in air conditioning. Anything else was always a bonus - such as the Alto K10 which offered you 25% more displacement in the engine department, but sadly, India’s love affair with peppier Alto has always been an on/off saga. For the last few years, the 800cc version has soldiered on, but finally, we now have a new K10 and it’s a big update in more ways than one.

It’s BIG on the Inside

The K10 obviously has a bigger engine, but we are more impressed by how big the cabin feels now. Don’t get me wrong, it’s still an Alto and that shows, but the amount of space Maruti has been able to liberate inside the cabin is frankly phenomenal, especially at the back. The Alto’s biggest problem was always rear-seat space, and that issue has been solved in style. I am 5’7” and with the driving seat set to my driving position, I had two to three inches of knee room in the second row. The space underneath the front seats is also big enough to tuck in your legs, meaning you can make maximum use of the seat base for under-thigh support.

While the Alto (or any other hatchback for that matter) is a four-seater, the flat bench means that the middle passenger will have some ounces of comfort, although shoulder room for three adults at the back isn’t sufficient. Having a child seated in the middle for shorter journeys is the maximum you can squeeze out of the Alto K10’s back seat while still being seated in relative comfort. And, the boot space is on another level (for an Alto). You see, 214 litres might sound less but for a car that’s just above 3.5 metres in length, it’s a lot. Maruti engineers have scooped it out so the boot is deeper now, and you get a full-sized spare underneath.

A Splash of Features

When it came to features, the Alto never really had anything to say. In fact, power windows (only for the front passengers) felt like a luxury. So, the fact that you now have a touchscreen (with Apple CarPlay and Android Auto connectivity) and four speakers, steering-mounted audio controls, and a digital instrument cluster, are all wins. But it remains an Alto at heart as the rear passengers still have to wind up and down their windows. Alloy wheels too are saved for the accessory’s brochure, and the base variant continues to do without power steering or air conditioning.

The Alto’s 800cc mill always left something to desire, as it often felt like it ran out of breath right when it started making power. That is why, for those of us who like a peppy drive, the K10 was always the better choice. I am happy to report that the new Alto K10 solves that problem. The engine builds power in a linear fashion, although there are some erratic fueling issues low down in the rev range. In the interest of fuel efficiency, it feels like Maruti has tuned the engine to run a lean mixture, which results in the engine juddering in low-engine-speed and high-gear scenarios. This issue was prevalent in both the manual and AMT versions.

The manual gearbox is a hoot to use. The shifts fall to hand easily and the gates feel precise. The shifter has a full-on mechanical feel where in you could feel each shift lock into place beautifully. The clutch is light to use and even in really bad bumper-to-bumper conditions, it won’t tax your left knee. The AMT is equally good. In fact, Maruti’s AMT seems to be growing leaps and bounds with every new launch. The infamous head-nod has been dialled out to quite an extent. The shift quality was smooth. This was all however on a short drive, and I would like to reserve my final opinion when we get to drive the car in regular city traffic.

The Alto is now built on the Heartect platform, and if the newly launched Baleno is any indication, it’s a good chassis to go corner-carving with. The Alto also has the advantage of being lighter than the others. While our route didn’t really allow us to do a lot of corner carving, it became very evident that the Alto was being held back in a couple of spaces. First of all, the steering was vaguely heavy, especially at low speeds, and it felt inconsistent in how it weighed up. Second of all, the bigger problem was the tyres. The Alto K10 gets 145-section rubber, and that is just not enough. In fact, the contact patch seemed more rounded as well in the name of reducing rolling resistance, which meant even lesser grip. While the potential seems to be there, the Alto will need wider tyres to explore its true potential. The ride quality is absorbent of small imperfections, but go harder into a bump or over a speed breaker, and you almost immediately run out of suspension travel. The rear also feels a tad too stiff and has the potential to jostle around passengers.

Should you go get one?

Well first of all, if you are looking at the Alto, that means you are on a strict budget. And on that front, if all you want to do is get from point A to point B in relative comfort, the Alto K10 will do that without breaking a sweat. The upgrades in the features department also mean that you don’t get a bare-bones cabin, but ultimately, things like the wind-down windows at the back mean that the Alto still has a budget vibe to it.

If you like your drive to be on the peppier side, then you will also have to upgrade the tyres. Once that happens, the Alto K10 can become a perfect city runabout with a bit of zing on the side to spice up your day. 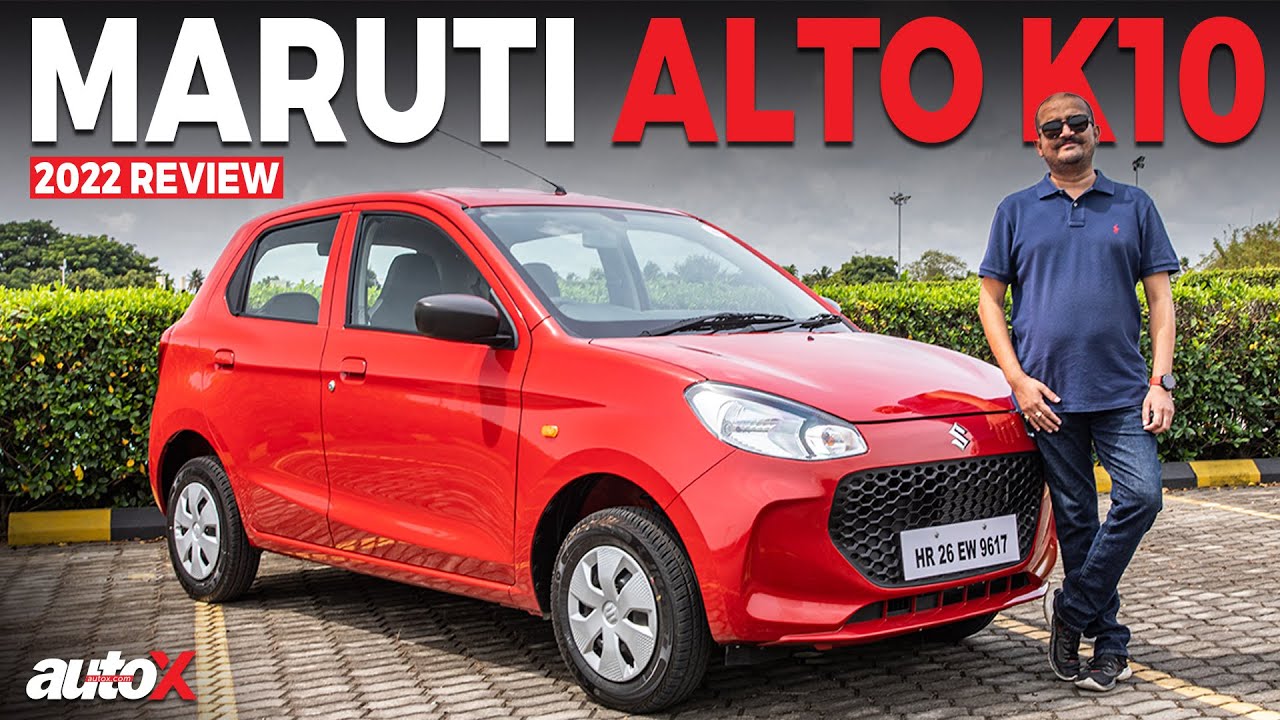 X-Factor: The Alto K10 offers the same value as before, but now you get the added convenience of features.