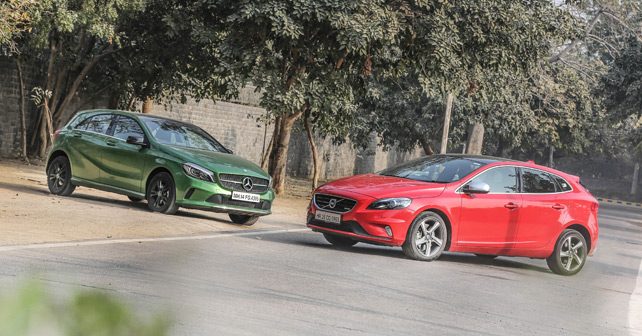 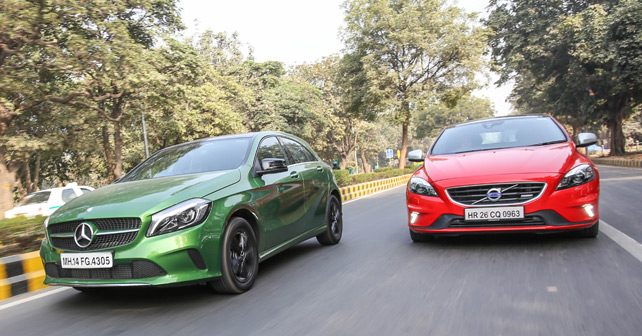 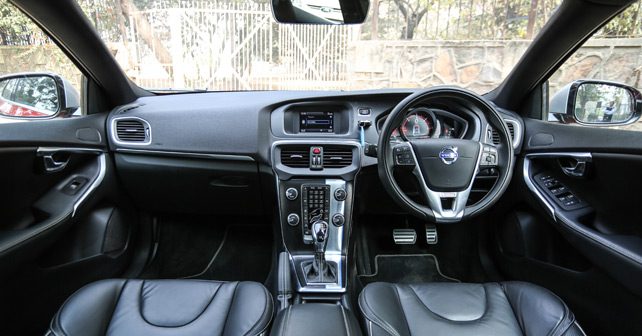 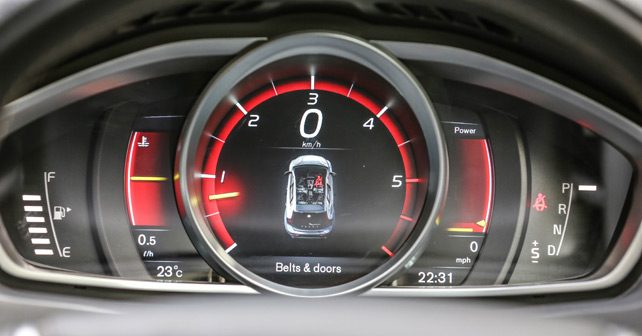 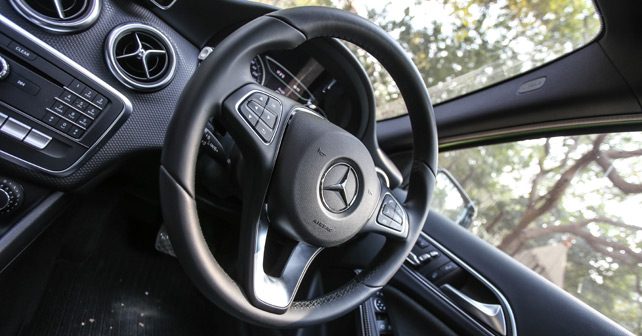 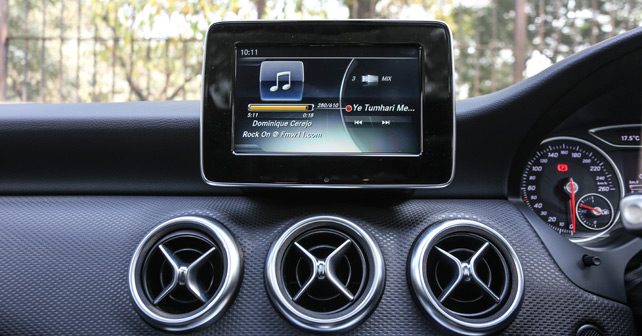 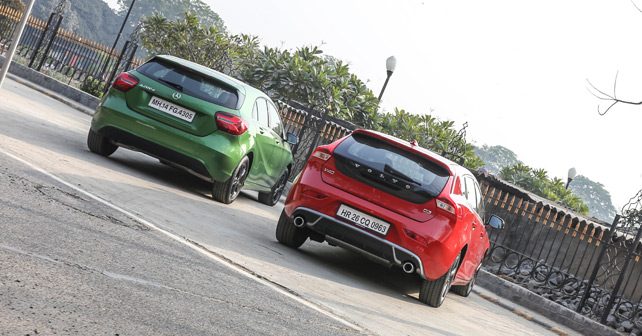 Recent sales trends have shown that the Indian consumer does have an appetite for luxury hatchbacks. So, who wins the battle between the stylish Mercedes-Benz A-Class and the sensible Volvo V40? We drive both to find out.

The sheer notion of a luxury hatchback would seem to be a bit of an oxymoron in a market like India, where customers are very demanding and the value proposition (as well as size) means everything. However, as the market gets more mature, and tastes get more contemporary, there now seem to be a fair number of customers in the Indian market who are willing to pay quite a hefty premium for a small hatchback. In an environment such as this, the two prime contenders vying for customer interest are the Mercedes A-Class and Volvo V40.

However, comparing both these cars is somewhat like comparing chalk with cheese. While both compete in the same segment, the basic premise of these two cars is the polar opposite of one another. While the Mercedes A-Class is aimed at the design conscious customer, who cares more about brand and the visual appeal of a car, the Volvo, as most things Swedish, focuses on practicality – and, of course, the comfort of its occupants. But, the common thread between the two is style. Both these products are very stylish, luxurious, very avant-garde, and will appeal to the same set of consumers as they offer the convenience of a relatively small vehicle without skimping on luxury – which is perfect for our congested cities.

Looking at the two cars, it’s pretty evident that the A is the clear winner when it comes to looks. The sharp lines, combined with the striking green hue of our test car, made it stand out fantastically. Of particular interest is the large front grille with its ‘diamond’ pattern, which seems to have a rather large number of admirers. Of course, the big 16-inch wheels help too, and so does the oversized three-pointed badge in the middle of the grille – which gives the car a bold, aggressive face and fantastic presence.

The V40, on the other hand, looks almost demure in front of the A-Class. While it is a very good looking car, it has that typical Swedish restraint to it – with the styling being elegant and carrying the traditional Volvo styling cues of a broad shoulder line along with a very elegant hatch design. But it just doesn’t have the swagger that the A possesses.

However, the interiors are where the A Class is not as impressive. While overall quality on the car remains high, it seems rather stripped out when compared to the V40. For instance, it does without necessities such as dual-zone climate control. Moreover, the car feels quite Spartan and even slightly claustrophobic in its all-black trim – and that’s despite the panoramic sunroof that the car comes fitted with. Of course, rear seat space is quite limited too.

The V40 has a panoramic roof as an option, but it also comes with a reversing camera, leather seats, parking sensors, and loads of other goodies. Moreover, the seats are absolutely fantastic. Not only are they supremely comfortable – but for someone with a bad back they also provide amazing support. The rest of the interior too is impressive, with its waterfall style center console. But the myriad of buttons on the center console is a tad disappointing. I think once Volvo brings in its iPad-esque control system into the V40 (a la the XC90), it’ll be a game changer for the segment. On the whole, the cabin is comfortable, well designed and fairly spacious.

In keeping with its Swedish roots, the V40 also proved to be a rather calming machine to drive around town – especially in peak traffic. The 148bhp 2-litre diesel engine is pretty sprightly and quite responsive. Combined with a 6-speed automatic gearbox, this means that, in urban traffic at least, the Volvo responds well and is a pleasure to drive on a daily basis. When pushing it, however, the gearbox fails to match up – as the shifts lack urgency, and the suspension is a little too soft. So, it’s not much of a driver’s car. Let’s just say that it suits a laid back driving style much better. Arrive in comfort, and at a relaxed pace – that’s what the Volvo is best at.

The Merc, on the other hand, is a lot more dynamic with its stiffer suspension, bigger wheels, and, in general, far more aggressive response. With 136bhp and 300Nm of torque, the car has adequate performance for everyday driving – but it could certainly do with a bit more power. Additionally, the NVH levels of the diesel engine are simply not what one would expect from a pucca Mercedes. There’s far too much diesel clatter and vibration that seeps into the cabin. The saving grace is the gearbox, which might not be the fastest in the world but does a pretty decent job when you ask it to.

To be honest, though, the engine is a bit disappointing for a car in this class. Sure, it offers immense style and the allure of the Mercedes brand – but it’s too compromised overall. The Volvo, on the other hand, might not be the most exciting hatch around, but it does the job as far as comfort is concerned.

Let me put it this way, if style is your poison, then by all means it’s the A-Class that’s the winner. The Volvo, on the other hand, is for those of you who relish peace of mind and wish for a relaxed commute. And, while it might not do my petrol head status any favours, my choice would be the Volvo purely for the overall package that it offers.

X-Factor: If style is your poison, the A-Class is the clear winner – but a coarse diesel engine and Spartan interior are a letdown.