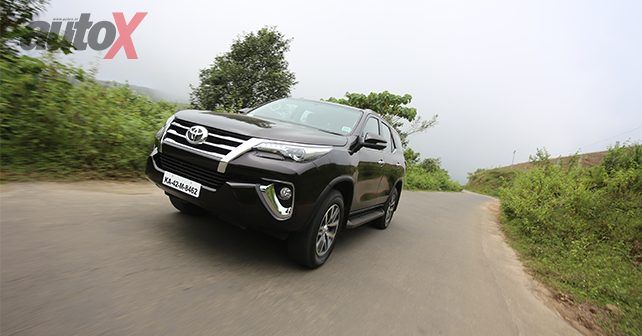 India's bestselling premium SUV is back in its new second generation avatar. We go for a drive in one to access its evolution.

Why does India love the concept of an SUV so much? When I first moved to the Northern part of the country I was absolutely baffled by the number of SUVs on the road. Almost all of them in white and most of them happened to be one particular model, the Toyota Fortuner. As I got a hang of things here, I understood that people aspired to the status symbol of politicians zipping around in their white SUVs for some reason. And as for the Fortuner, well it is India’s definitive premium SUV thanks to its indestructible nature, bullet proof reliability and relatively affordable maintenance costs.

Despite selling well consistently over its lifespan, you would have to admit that the Fortuner was getting a bit long in the tooth in recent times. And competition from more modern rivals was putting a fair amount of heat on it. 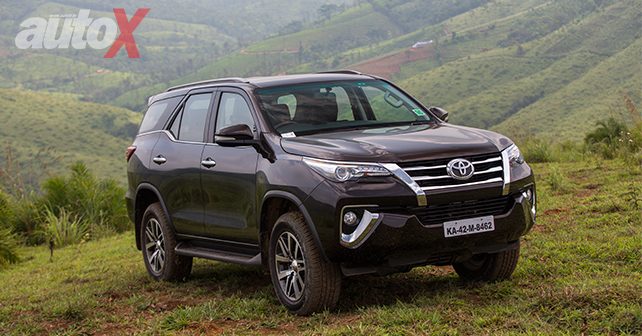 Toyota saw this coming and had an ace up its sleeve in the form of a new second generation model. But in order to find out if you can actually call it an ace we went over to drive it in the scenic environs of Vagamon in Kerala, ahead of its launch.

Now we have seen images of the second generation Fortuner earlier but even in the metal, the new model appears to have a few too many sleek design lines which take it away from the traditional butch design theme of the concept of SUVs. Nevertheless, design is a subjective element and we will have to wait and see how the Indian market accepts the new Fortuner. On the face of it though, the Fortuner’s design seems to tick the essential boxes for our customer with generous doses of chrome and good road presence owing to its large dimensions. 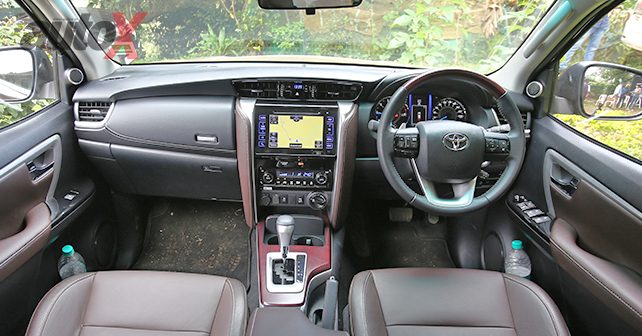 Like the exteriors, the interiors of the new Fortuner are radically new as well. Gone is the plain-Jane layout of the earlier car and what you have here instead is a modern layout generously draped in leather. Quality of plastics and fit and finish is decent too. While the seats are supportive, they could have offered more back support. Unfortunately, the electrically adjustable driver’s seat does not come with bolster adjust. The rear seat offers plenty of leg space and under thigh support but the third row as is always the case isn’t comfortable for long journeys.

The equipment list of the new Toyota Fortuner packs in all of the essentials and a few extras such as a touchscreen infotainment system, cruise control, keyless entry and start / stop, rear AC vents, cooled glovebox, ISOFIX child restraint system for the rear seat with tether anchor, powered tail gate and more.

On the safety front, the new Toyota Fortuner gets seven airbags, ABS with EDB and traction control for four-wheel drive models. 4WD models also get downhill assist control and all automatic models get hill start assist. 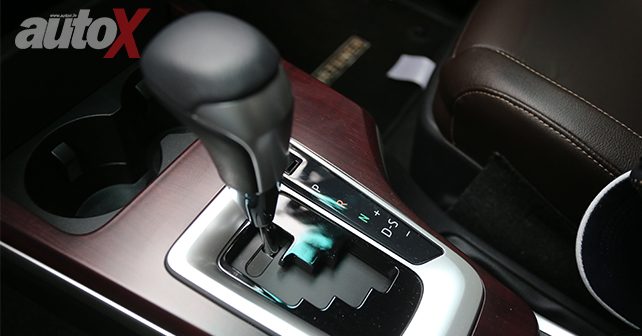 In order to ensure the new Fortuner is as modern as it should be, Toyota has also fit the SUV with a new set of powertrain options. These new engines are already doing duty in the new Toyota Innova Crysta and consist of the 2.8 litre diesel engine and the 2.7 litre petrol engine. And while they perform well in the new Innova, I was eager to find out how well they perform in the larger and heavier Fortuner.

Right from the moment you crank the engine you can tell that this new 2.8 litre, four cylinder turbo diesel engine is far more refined than the engines which served the earlier model. This oil burner is rather quiet while idling and NVH is well contained. The model I was driving happened to be the automatic four-wheel drive version which comes with a six-speed automatic transmission and shift-on-the-fly four-wheel drive system.

With 174BHP on tap at 3,400 rpm and a peak torque of 450Nm between a handy 1,600 rpm and 2,400 rpm, the new Toyota Fortuner offers decent performance from the get go. Power delivery is linear and in-gear acceleration is adequate under normal circumstances. However, you do feel the six-speed automatic gearbox limiting the potential of the engine. Overtaking on single lane roads reveals slow gear shifts even with the engine in Power mode and the gearbox in Sports mode. Using the paddle shifters or the gear lever to change gears manually does not speed things up either. The engine also gets an Eco mode which muffles throttle response in the interest of fuel economy. While all of this is well and good, NVH levels are fairly high at the top of the rev range when a lot of engine noise filters into the cabin. This is the only glitch in what otherwise feels like a modern powertrain.

Toyota has also addressed the heavy steering of the earlier model. Although it would appear that they took the issue a little too seriously as the steering in the new model is very light and feels vague at times. Especially while driving over soft surfaces off-road.

Talking about issues, the previous generation was often criticised for its bouncy ride. Well like the earlier model, this second gen model too is based on its Hilux pick-up truck sibling, which means it also comes with a ladder frame chassis. The new car gets a more rigid chassis and bigger suspension components. The end result is that the new Fortuner’s ride is more comfortable than before. But there is no getting away from the fact that there is still a ladder frame chassis underneath as road imperfections still filter through. And over sharper bumps and ruts the suspension is a bit noisy while going about its business. 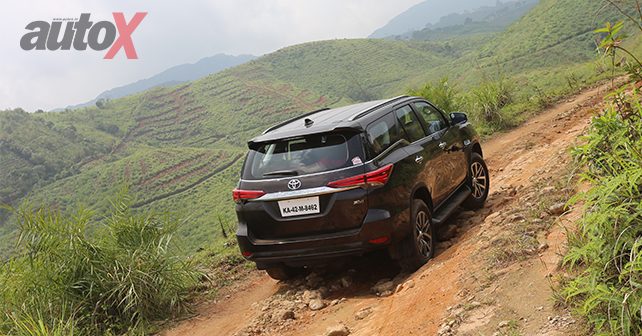 I also managed to sample the petrol engined Fortuner which is the only petrol premium SUV in its segment. Like the diesel model, this too came with a six-speed autobox and like the diesel model, the gearbox limited the potential of the engine. Although with 163BHP of max power at 5,200 rpm and a mere 245Nm of peak torque at 4,200 rpm, this 2.5 tonne SUV isn’t as agile as it should be. While the unit is refined and lets out a nice snarl at higher revs, it could do with more power. Having said that, if you drive this SUV in urban environs which also means slower speeds, you won’t have much to complain about. What you will have instead is a refined SUV that is rather easy to drive with its light controls. 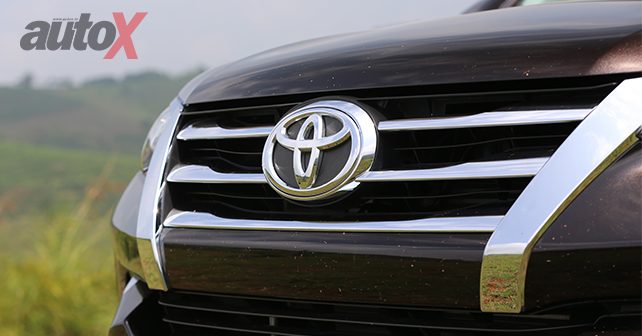 So there you have it, Toyota’s new second generation Fortuner is here and it feels thoroughly modern inside out. It’s better equipped and comes with a set of new powertrain options that make it more competent than ever before. And while it may have a few limitations as is the case with almost all cars, the Toyota Fortuner brand is built on such strong credentials that it will simply fly off the shelves as soon as it goes on sale! 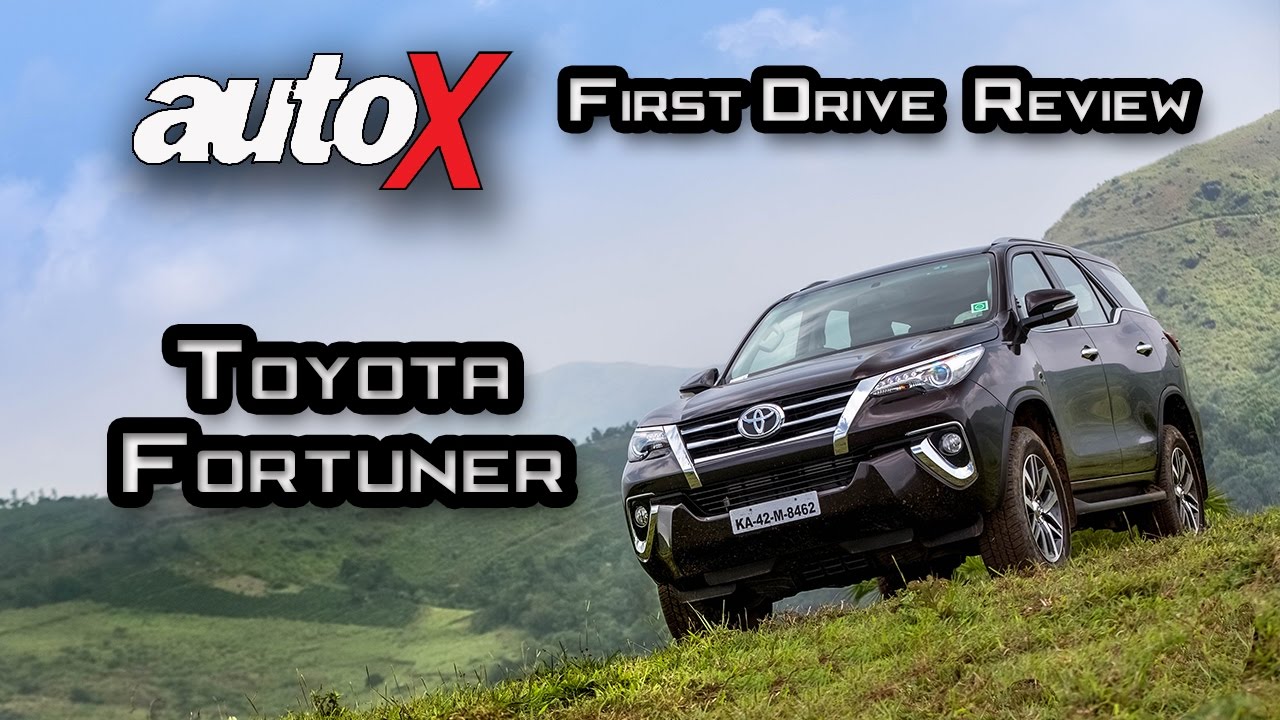