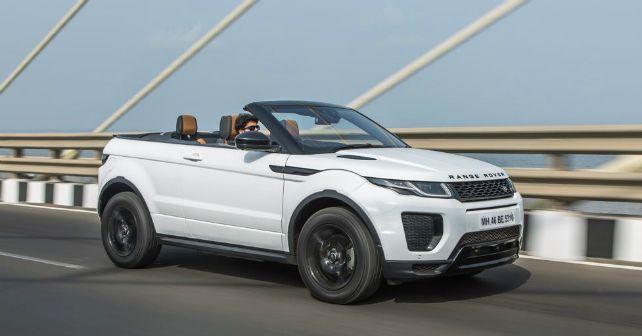 Fashion and style don’t need a reason to be, they just are. And, at times, they demand heavy compromises. Such is the case with the Range Rover Evoque Convertible. It’s an SUV, but not the most practical one around. Frankly, it isn’t a great family car either – but, then, it’s not meant to be one. And although it comes with Land Rover’s Terrain Management System, not many would consider taking it off-road. What is the Evoque Convertible all about then? 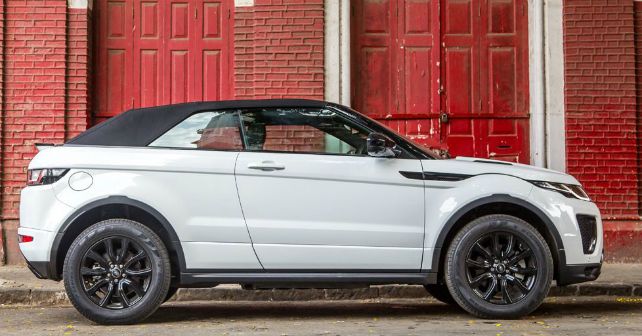 It’s all about style

The Evoque has always been one of the best-looking SUVs in its class, and chopping off its roof hasn’t changed that. If anything, the Evoque convertible now looks even more stylish and fresh. The front-end is identical to the standard model, which means that the grille, headlights, and bumper remain unchanged. That aside, everything else has been tinkered with. Up front, the angle of the A-pillar and the windscreen have been raked further. The Evoque convertible has only two doors instead of the standard car’s four. The boot has a compartment to accommodate the roof when it’s down. But when it’s folded, it limits boot space to 251 litres. A push of a button and 18 seconds – that’s all you need to drop the top. And it can be done at speeds of up to 48km/h. Initially, I wasn’t convinced of its design, but looking at it in the flesh I must say that Jerry McGovern and his team have done a commendable job (again!). 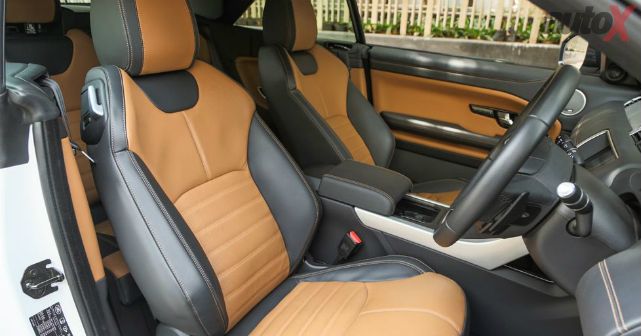 The interior of the convertible remains identical to the standard model except, of course, for the leg room in the second row, which is suitable only for short distances at best. And given that it only has two doors, squeezing your way into the second row is also a challenge. The dashboard is identical to the hard-top model, and the quality of materials are top notch. But it was the noise insulation that surprised us the most. With the canvas roof deployed, there was barely any wind or road noise inside the cabin – something for which Land Rover certainly deserves praise. 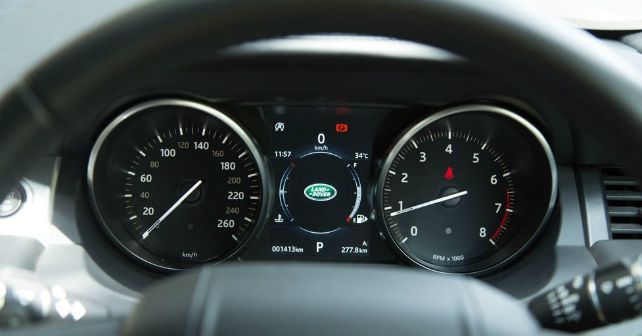 Unlike the standard model, which comes with the option of a petrol and a diesel engine, the convertible has only been launched with a gasoline motor in India. It’s the same 2.0-litre Ingenium motor that’s also found in the Velar, which gets 296bhp, but in the Evoque convertible, it makes 237bhp and 340Nm. Weighing in at just over two tonnes, the car has a power-to-weight ratio of 117bhp/tonne, which, on paper, seems adequate. And although Land Rover claims that the Evoque Convertible can do the 0 to 100km/h dash in 8.1 seconds, in reality, it doesn’t feel that quick. The mid-range is strong, but before you get there, the turbo lag is quite evident. In comparison to some other SUVs in the same price range, the 9-speed automatic gearbox of the Evoque convertible isn’t the most responsive either – and that’s possibly what holds the engine back from reaching its full potential. And while the gearbox is smooth, downshifts could have been a little more urgent.

Where the Evoque really shines is in the way it tackles bad roads. It does wallow a bit while dealing with deep potholes at slow speeds, but once you pick up the pace, the car takes everything in its stride. The all-wheel-drive system ensures good grip and endows the car with decent handling. However, unlike the standard Evoque, this is not a car that you’ll enjoy driving on continuous switchbacks. 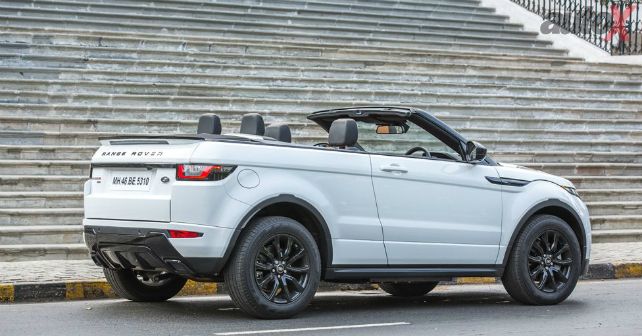 A love for open-top motoring seems to be gradually increasing in India. Of course, the market for such products is still very niche, but that doesn’t deter luxury car manufacturers from giving it their best shot. As far as the Evoque Convertible is concerned, it does cause you to make quite a few sacrifices – what with its smaller boot and limited rear legroom. But that happens to be the case with almost every convertible in the market. So, if you’re in the search for a unique convertible – one with the ability to deal with anything our roads can throw at it – the Evoque is the machine for you. Fortunately, it still looks good!

X-factor: Being the only convertible luxury SUV in the country, the Evoque Convertible brings exquisite style and exclusivity to the table.