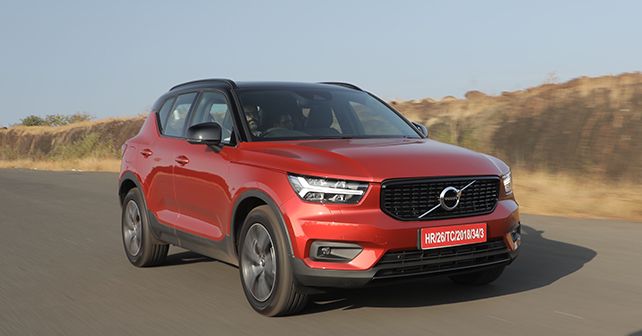 Following its plan to completely shift to petrol engines, Volvo brings in the XC40 T4. We drive it to find out if it’s as impressive as its oil burning counterpart.

Volvo has already announced that it’ll soon stop selling diesel-powered cars in the interest of a cleaner future. While that’s definitely the way of the future, India’s passenger car market still has a long way to go before it can become diesel-free.

You see, in our market, demand for diesel vehicles is still high – even in the luxury car space. It doesn’t come as a surprise, then, that Volvo’s entire line-up this side of the XC90 has always had just diesel engines on offer. Well, that’s until the launch of this XC40 T4 last month. 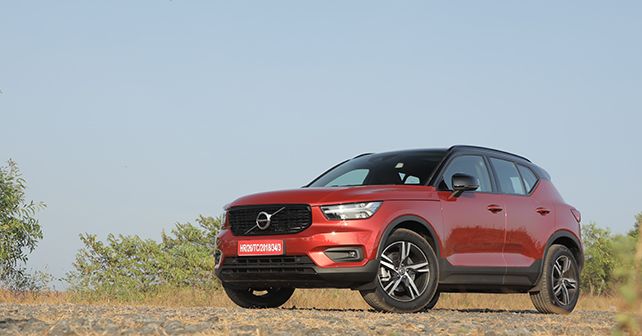 Dressed to the nines
Volvo’s designers seem to have a magic pencil, given how consistently they’ve been creating stunning designs. When it was first launched, the XC90 set new benchmarks in terms of elegance and luxury. And later, it was followed by equally remarkable products – the S90 and the XC60.

But I think the XC40 is the best of them all – the perfect expression of what a modern-day SUV should look like. It’s tightly packed, sporty, and SUV-like, with the right proportions. And, most importantly, in spite of sporting Volvo’s familiar design language, the XC40 has an identity all its own.

Just like the exterior, its interior, too, is contemporary and tech-laden. The first thing you notice is the now signature Volvo cabin design cues – the steering wheel, tablet-like touchscreen, and the vertically stacked air-con vents, all of which have been borrowed from the more expensive Volvos.

All the buttons and knobs are made of high-quality materials and have a very likeable feel to them. Soft-touch materials are used in the upper half of the dash, which make it feel premium, but the plastics used in the lower half are coarse and reveal its (luxury) entry-level tag.

The front seats are well-bolstered and comfortable, but the rear is a bit too upright for my liking. The biggest let-down for me, however, is the T4’s interior trim. We loved the diesel XC40 for its contrasting carpets and door pads, but the T4’s interior only comes draped in black – which not only makes the cabin a little dull, but it also diminishes the sense of space. 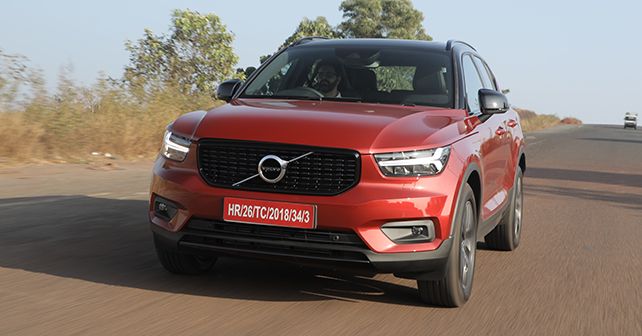 Change of heart
In the international market, the XC40 is offered with three petrol engine options – the T3 with a 1.5-litre 3-cylinder motor, and the T4, and the T5 with a 2.0-litre that produces 188bhp and 248bhp respectively. For India, it seems that Volvo has taken the middle path by bringing the T4 in its front-wheel-drive configuration.

Drive the T4, and a few things instantly become apparent. It surely doesn’t feel as quick as the petrol-powered BMW X1, but its power delivery is quite linear. Its 300Nm of torque kicks in from as low as 1,750rpm to ensure that the motor doesn’t feel lethargic at any point.

The engine is refined and quite silent too – unless you go hard on the throttle that is. At higher revs, it does get a bit noisy inside the cabin, but it isn’t all that unpleasant. Like in the diesel, the XC40’s 8-speed transmission isn’t the quickest out there. While it shifts smoothly, it lacks the eagerness with which BMW tunes its ZF 8-speed. Fortunately, the XC40 comes with paddle shifters, which means that you can shift for yourself if you so choose.

Volvo has set really high standards in terms of ride quality with the larger XC offerings, but it must be noted that they sit on air suspension, while this baby XC rides on steel springs. Despite this, the XC40 gives us no reason to complain, even on less-than-perfect roads.

The high-speed stability is impressive, and the vertical movement is well controlled too. Unlike the AWD diesel, the T4 that we have here is front-wheel drive, which means that there is a bit of understeer on twisty roads. The feedback from the steering could’ve been better too. Although not the most fun car in its class, the XC40 is quite predictable. 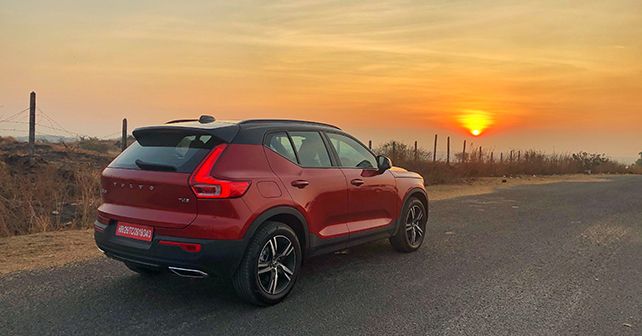 Last stand
We were quite impressed with the baby Volvo when we first got our hands on it in 2018. In fact, in our best of 2018 awards, the diesel-powered XC40 managed to clock a faster lap time than the C-Class, S-Class, and even G63, which produces over 550bhp.

Given the performance of the diesel version, the T4 had a reputation to protect, and I must say that it doesn’t disappoint. In fact, despite producing lower torque than its diesel sibling, it feels sufficiently spirited.

Sure, it isn’t as lively as the BMW X1, but it more than makes it up for it in other aspects. If you’re looking for an entry-level SUV that looks fantastic and offers great features, with supreme ride quality, you can’t go wrong with the XC40. As a package, it remains hard to beat. And the best part, according to us, is that it remains unique. Moreover, while the nostrils on new BMWs are becoming more in-your-face with each new version, these Volvos just continue to get prettier every time.

X-factor: Quirky, refined and plush, the XC40 is a great rendering of a compact luxury SUV. 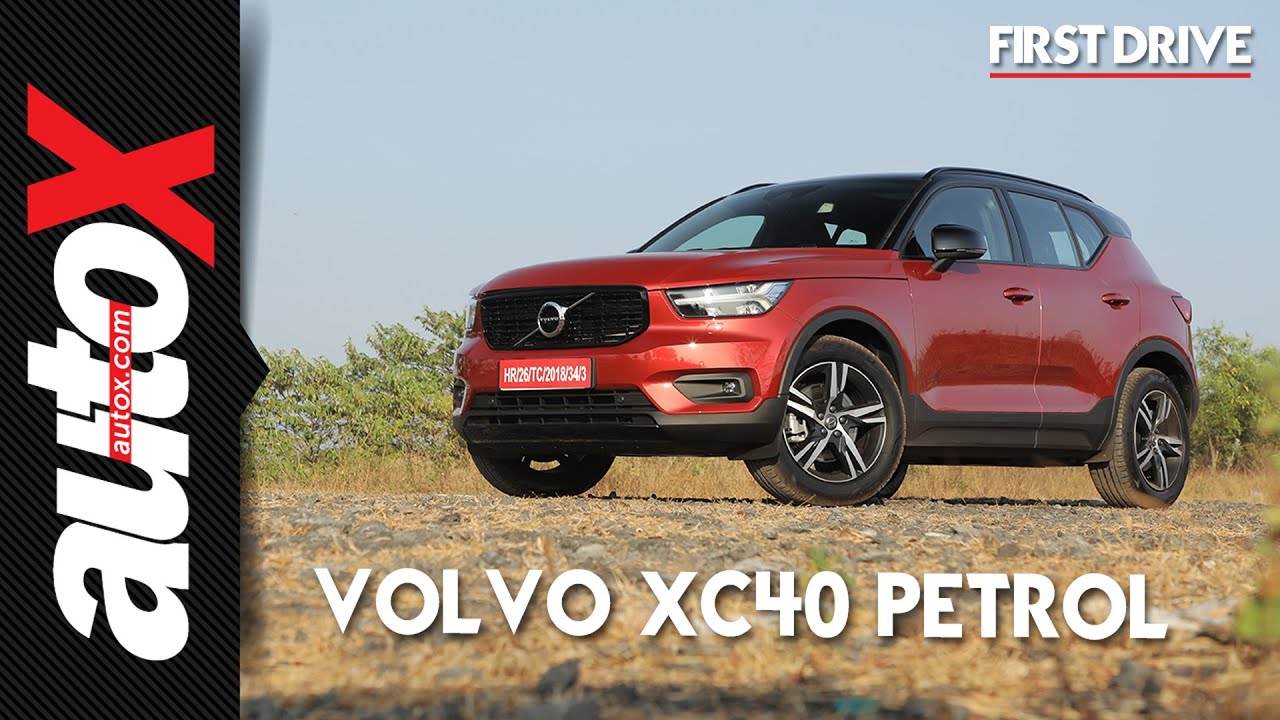