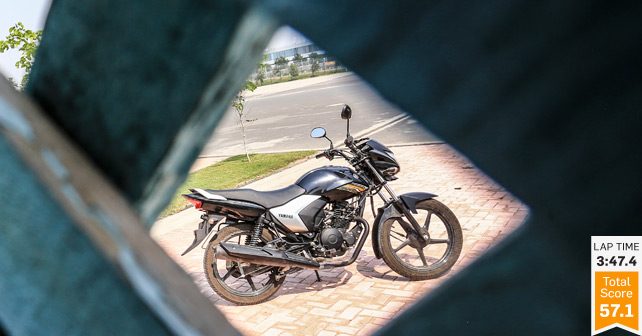 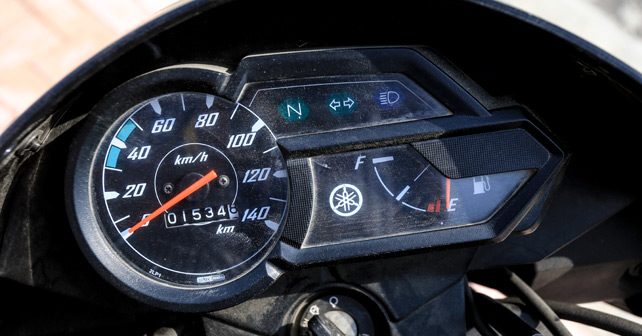 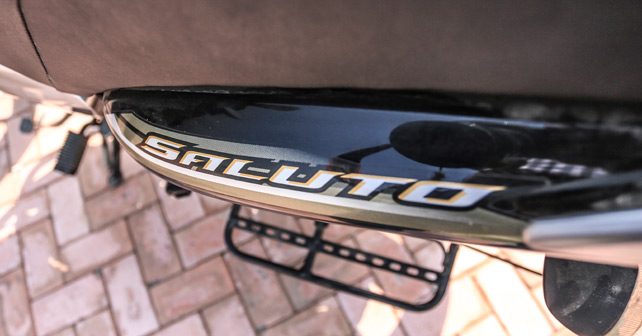 The Saluto is a brand-new commuter motorcycle that was launched by Yamaha earlier this year. The bike looks pretty good, but it’s certainly not a head-turner. The front fairing, fuel tank, and side panels don’t do much to make the bike stand out from the crowd – so it doesn’t get many points for design.

The build quality, however, is pretty good. The instrument cluster is well equipped, the bike has five-spoke alloy wheels, and an electric start as standard – and the rear gets an LED tail lamp. However, there’s no engine kill switch, and the bike uses drum brakes on both wheels.

The ergonomics are nice and the seating position is good for daily commutes in traffic, but tall riders might complain about legroom. The rider sits back comfortably thanks to the pulled back handlebar – and so does the pillion due to the nicely laid single seat. 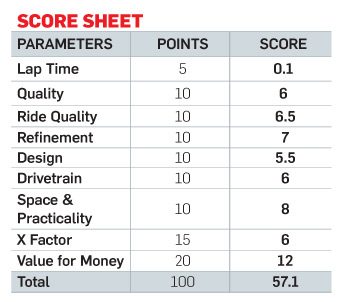 The engine of the Yamaha Saluto is a 125cc, single-cylinder, air-cooled mill that produces 8.2bhp and 9.8Nm of torque. These figures are not exactly staggering, and could have been better – because the Saluto’s competitors, like the Bajaj Discover 125 and the Honda CB Shine, have much better power outputs. But the engine seems to be very refined, and there’s good power delivery at low revs. The four-speed gearbox also performs well, and gear changes are very smooth. The overall ride quality also feels better than most other 125cc bikes. The bike is light and also very easy to manoeuvre, handles well, and the suspension setup is good for Indian roads. So it’s a pretty good overall package.

The Saluto is a practical machine that rides well, but it could have been designed better and carried a few more features. But it’s overall score doesn’t take away from the fact that it’s a very capable and fuel efficient bike to commute in – just that it’s not the most exciting bike out there.