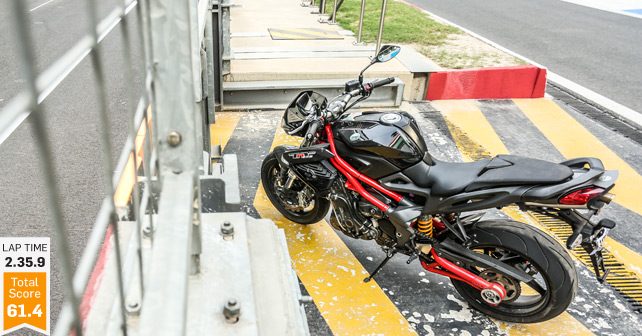 Like most of the Benellis we rode on the track, the TNT 899 too clocked a quick time. But when it came to refinement and build quality, the Italian bike-maker must raise its standard – especially when compared with the Japanese competition. Sarath gave his approval on the power delivery, which was actually one of the best among the Benellis – but there were some other factors that pulled the TNT 899 down.

Let’s start with the positives. The 898cc liquid-cooled engine is a high revving machine. And, unlike the TNT 600i, it delivers a lot of its power low in the rev range – particularly below 9,000rpm. This let us accelerate freely, as the power comes on strong and early. But, unfortunately, the 899’s transmission is a bit of a killjoy because it requires you to put in a lot more effort than you would like to change gears. The shifter felt like it had a mind of its own, and so there’s always a tussle between the machine and the rider. This also leads to some uncertainty when you’re attempting to take sweeping corners with full authority. 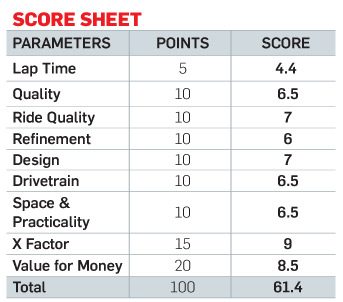 Speaking of turns, the BIC offers plenty of them and Sarath was more than happy to oblige and push the TNT 899 to its limits. Unfortunately, the seasoned racer was not very happy after he finished his lap. He said the motorcycle is a little vague, and that the power delivery is at odds with the body and build quality. For instance, the riding position and the seat are uncomfortable – and the angled handlebars restrict movement. Also, the front forks are too light – which affects the 899’s stability when you’re taking corners aggressively and putting pressure on the bike. The problem with light front forks is that the motorcycle ends up entering the bend quicker than you would expect. So, you have to be a little careful not to push too hard on this bike.

Of course, if you want to just pose then this could be the bike for you – as its space-age design will certainly attract a lot of attention. But it’s let down by the build quality and an awkward riding stance. The aggressive seating position makes sense, but it’s at odds with the tall handlebar.

With an engine that belts out 119bhp, one can’t complain about a lack of power, but the TNT 899 just leaves you wanting a bit more. At Rs. 9.48 lakhs (Ex-showroom, Delhi), you just expect it to be a better all-rounder.