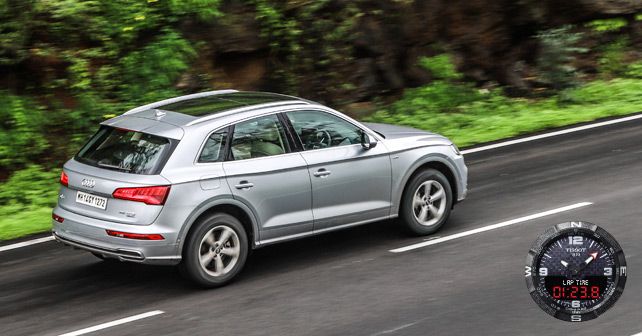 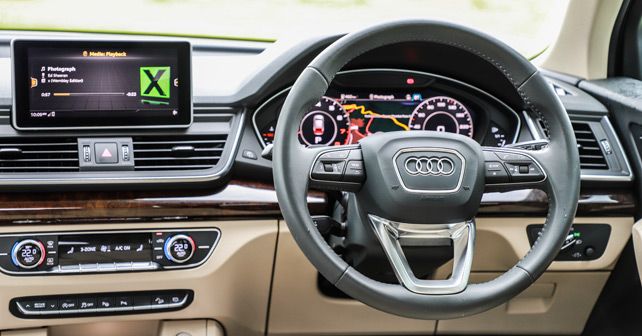 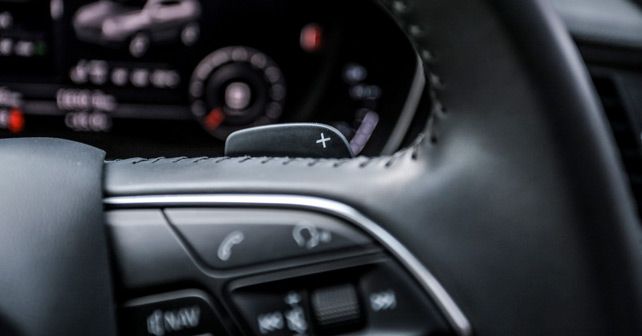 At first, it might seem difficult to distinguish between the second-generation Audi Q5 and the model it replaces, especially from the perspective of design, but a closer look reveals a barrel full of changes. It’s true that the silhouette of the new Q5 is identical to its predecessors, but you simply can’t miss the sharper lines. It may not be as chic as its Swedish rival (the Volvo XC60), but we still love it for its finely drawn lines. In fact, the Q5 doesn’t just look more athletic, but it’s actually shed some considerable weight too – 65 kilograms, to be precise – thanks to the new MLB Evo platform. 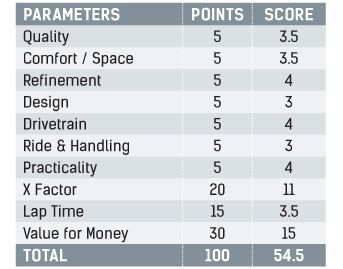 When we first drove the diesel Q5 earlier this year, it proved to be quite a performer. In fact, it even felt rather quick on its heels. But, when we put the petrol Q5 on test at the track, its ESP was way too intrusive to clock a good lap time. Around every second corner, the ESP would intervene and bring the car to a near standstill – resulting in it being amongst the slowest cars on the track. Discounting that, the engine’s refinement is really impressive. Cruise at a comfortable speed or push it to the limit, and the engine feels exceptionally quiet and composed. The smooth and swiftly shifting gearbox and Audi’s Quattro all-wheel drive system together are in perfect balance and endow the Q5 with a driveability that’s way beyond mere good.

The Q5 also has an impressive practicality quotient. With a 550-litre boot, a spacious cabin and comfortable seats, Audi has managed to endow the Q5 with phenomenal touring capabilities. In comparison to some of its rivals though, the Q5 does fall short in terms of that style quotient – not to mention equipment. Priced in the range of `55 – 60 lakh, the Audi Q5 is a bit on the steeper side, and for that it does lose some points in the value for money department.

Audi has underplayed this second-generation Q5, which could have been a bit braver – especially in terms of design and equipment. Despite that, at the end of the day, it’s a very well-engineered machine. Plus, it’s a name that’s easy to recognise and hard to ignore if you’re in the market for a wholesome mid-sized luxury SUV.