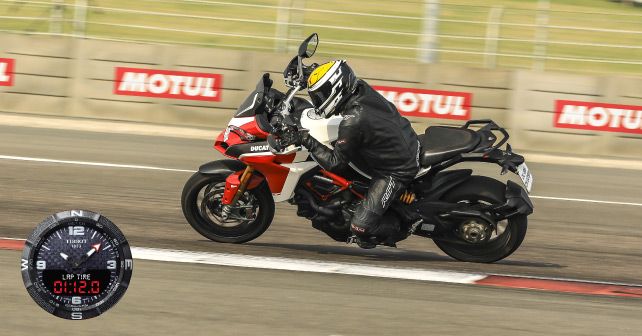 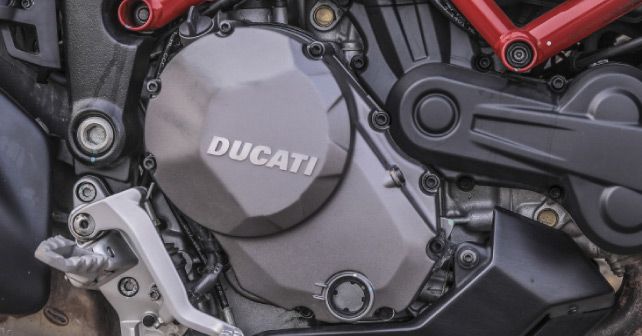 This ridiculously cool looking thing you see here is the Ducati Multistrada 1260 Pikes Peak. And if this were a beauty pageant instead of a track test, the Multistrada would win it by a country mile – there’s simply no doubt about it! And, fortunately, its beauty isn’t just skin deep. This big brawler really is off the charts in every respect. So much so that, most of the time, we were left scratching our heads – surprised and shocked by its vast range of capabilities. 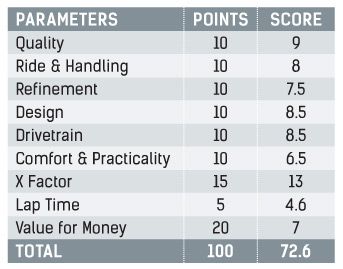 Ducati likes to claim that the Multistrada 1260 is an ADV that has multiple bikes rolled into one. But, after riding the motorcycle at the BIC, we think it’s actually none of that. In fact, it’s actually a high-heeled sport-bike wearing ADV overalls. The way it goes, stops and turns can easily put some of the established sport-bike names to shame. Think of it like this, the Multistrada 1260 Pikes Peak is to Ducati what the Urus is to Lamborghini – a sensational product that’s not the norm, but it’s oh-so-desirable.

There are a couple of things that make the Multistrada so special. First, its fire-breathing 1,262cc Testastretta DVT L-Twin engine, which pushes out 156bhp and 129.5Nm of torque. The beauty of this motor is that 85% of the torque is available below 3,500rpm, which means that the moment you touch the throttle, the bike shoots forward like a bullet. And since the Pikes Peak edition comes with a Termignoni exhaust, its note is better than most of the songs on your iPod. That said, there’s so much torque lower in the rev range that when you shut the throttle, the engine braking can get very aggressive – something that Sarath also noted.

The Pikes Peak version also comes with some more features, including Ohlins suspension, a bi-directional quick-shifter, lots of carbon-fibre body panels and forged Marchesini alloy wheels. There are four different riding modes – Sport, Touring, Urban and Enduro – that alter the bike’s characteristics depending on what you feel like doing on a particular day. The only problem that we could find with this bike is its steep price. At `21.42 lakh (ex-showroom), it simply isn’t for everyone.