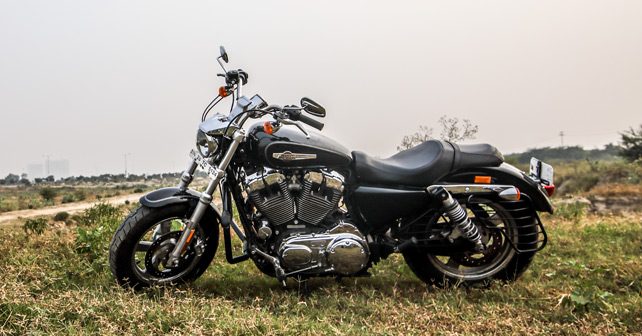 We like our bikes to have some sort of a mechanical feel to them – smoothness isn’t always such a great thing. But, then again, we don’t want our motorcycles to feel so mechanical where you can feel – and hear – every nut and bolt. This was the problem with the Custom 1200. But we must admit that the test bike we had did have some serious wear and tear – let’s just say that it wasn’t in the best condition when we tested it at the BIC. And, before you say it, yes, we know this bike is built for the open road – not the racetrack!

At the bike’s official launch in Rajasthan earlier this year we got a chance to ride the Custom 1200, and it certainly felt much better on the road. Sure, like all Harley Davidson motorcycles, the transmission clunks hard when you shift gears and the engine throbs and vibrates violently – but it’s still torquey, and a joy to cruise on. People tend to forget the fact that mostly all HD motorcycles are strictly meant for arrow straight and smooth roads – which is why they all sit low and have a stiff suspension setup. The only exception to this rule is the Harley Davidson Street 750, which has been specifically developed for countries like India. 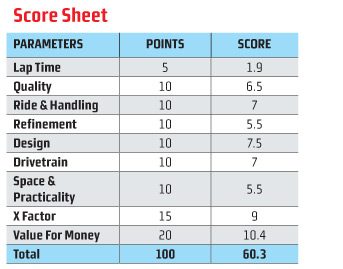 The Custom 1200 is no exception, and this low-slung sportster certainly is a loud and raucous HD. The Custom 1200 looks like your average HD Sportster with its compact chassis, chromed out engine block and dual exhausts, jewel design fuel tank, 5-spoke chrome wheels, and high handlebars. The riding position is very natural and comfortable, and the bike is smaller and more agile than other big cruisers. Once again, though, you aren’t meant to lean into curves and you certainly aren’t meant to corner aggressively on an HD – even if it is a sportster. So, while the track is meant to gauge overall performance in a standardized manner, let’s not dwell too much on how the Harley did on the track.

What the Custom 1200 has going for it is its classic and muscular design, as well as its torquey engine – which can really have you holding on for dear life once you twist the throttle. It’s quite a nice highway tourer. Just slow down when you come to a bend in the road though!