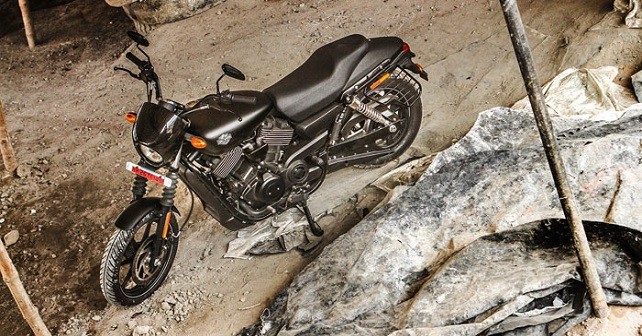 American Muscle is now being made right here in India! Need I say more?

Well, to start with, the bike isn’t exactly available at a throwaway price. It might be cheaper than the existing HD models, but with a price tag of Rs. 4.1 lakhs, it’s still got a fairly high price tag – at least for India (and throughout this piece, I’ll be talking about the bike in relation to the Indian market only). The Harley Davidson Street 750 is still a premium motorcycle in every sense of the word. It comes with state-of-the-art components, and it’s got a beautifully engineered 750cc V-Twin engine. However, its overall size and girth is significantly smaller than what you would expect from HD – but there’s good reason for this. The idea of the Harley Davidson Street 750 started 4 years ago, around the same time that HD commenced operations in India. Back in the United States, HD was struggling somewhat – and so it made perfect sense for them to sell their products in markets that were growing. This is where the Harley Davidson Street 750 comes into the picture. 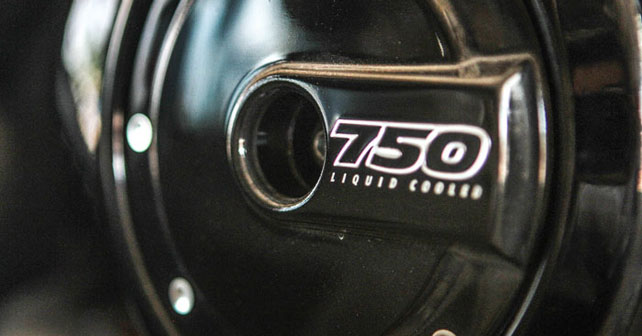 When HD started operations in India, they brought in their entire lineup of bikes. And over the years they developed a plan to begin local assembly, going the CKD way. But, secretly, the company was developing a bike that would be more conditioned and better suited for Indian conditions, as well as other developing markets – a new global product that would attract young bikers towards their brand. The bike obviously had to be affordable, and, more importantly, it had to be a bike for beginners – and big bikes aren’t easy to ride. That’s why the bike needed to be smaller than usual, but, at the same time, it needed to reflect its true character as being a Harley Davidson motorcycle. But let’s not kid ourselves, because the obvious reason is that they wanted to increase their volumes. That is why the Harley Davidson Street 750 was developed, and it was developed entirely by Harley Davidson – so if someone says that the Harley Davidson Street 750 is not a Harley, they obviously know nothing about creating a practical business model. You simply have to look at the bike for what it is – an entry level, beginner bike that will likely encourage riders to upgrade to a bigger bike further down the line.

So, when you look at the Harley Davidson Street 750 you look past its dimensional illusion – because, even though it’s small, the bike is beautiful. The brand new 749cc liquid cooled V-Twin engine is the heart of the bikes overall character and heritage. The teardrop fuel tank gives it that classic look, and the headlight – which looks like a fist moving through the air – gives it an aggressive attitude. It’s not the best looking bike, but it still portrays American muscle. The build quality is very good, but you do see a lot of exposed wires. And the reason why the Harley Davidson Street 750 has a minimalist design is because Harley-Davidson has allowed room for the customer to customize and personalize their bikes in many outlandish ways – a few amazing examples were on display at the Auto Expo. As Frank Savage, the head designer of the project, said, “Harley-Davidson is way more than iron and motorcycle, it’s a lifestyle.” 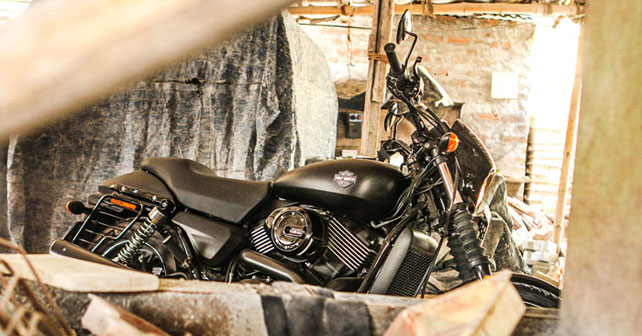 We rode the Harley Davidson Street 750 all over the National Capital Region, and I must say that the bike is a great performer on the road. It is definitely an urban bike, because of its dimensions, and this makes it light at just 222 kilograms – and so very easy to maneuver and handle in the city. The suspension has also been fine tuned for Indian road conditions; and where other HD bikes are stiff, the Harley Davidson Street 750 can easily go over bumps without a problem – plus, its high ground clearance of 145mm helps in that respect as well. The overall ride quality is very good, and the vibrations around the bike don’t bother you much. For tall riders, the seating position is not the best – but I was provided with a ‘Tall-Boy Seat,’ which raises the height of the seat by an inch-and-a-half, and offers a much more relaxed ride – but this seat is only available as an option, so you have to pay extra for it. The tyres of the Davidson Street 750 have been developed specially by MRF, and the front gets a 100/80 R17 and the rear gets a 140/75 R15. The tyres do work pretty well and provide good grip.

The engine is a beauty, and with 60Nm of torque you can boogey down the road to reach 100km/h from a standstill in just 4.5 seconds. On the highway, the engine really shows its true colours – and you can easily max out at 180km/h. The 6-speed gearbox is nice, and the clutch is very easy on your hand – both upshifting and downshifting is a breeze. The bike also has great low-end torque, and you get great throttle response and power delivery at all times – which makes for perfect city riding. The brakes, on the other hand, are not as effective – and you really need to press down extremely hard for both the front and the rear discs. Also an important point to note is that there is no ABS.

There was nothing I noticed about the Harley Davidson Street 750 that rubbed me up the wrong way – barring the fact that I am a tall rider, and ergonomically, long distance cruising will result in some back pain. Other than that, the bike is really fantastic. It’s light and nimble, offers a smooth ride on all road conditions, it has just the right amount of power, and its build quality is good. The pricing also seems spot on, and it’s been made in a way so that it can be easily customized. One might wonder if the Harley Davidson Street 750 would hurt the legendary bike-makers image amongst its cult followers, but I don’t think this should be the case. The Harley Davidson Street 750 could be a game changer in the global market, but in India it’s the beginning of a revolution in the premium bike segment. 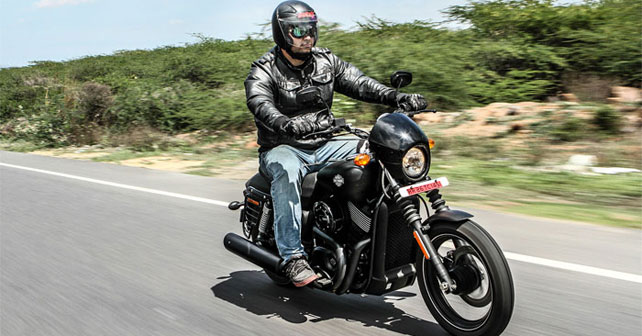