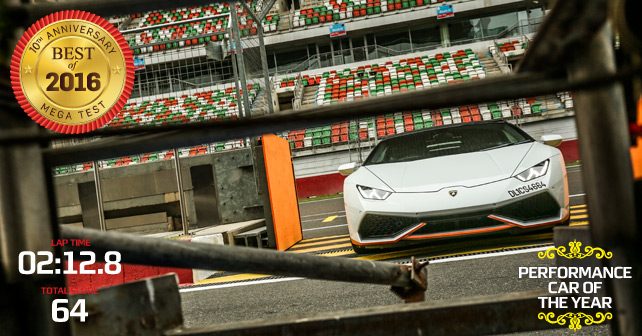 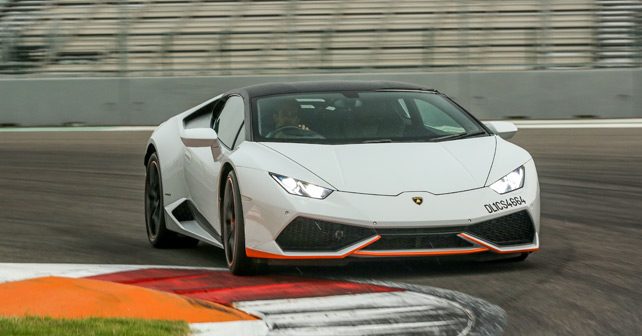 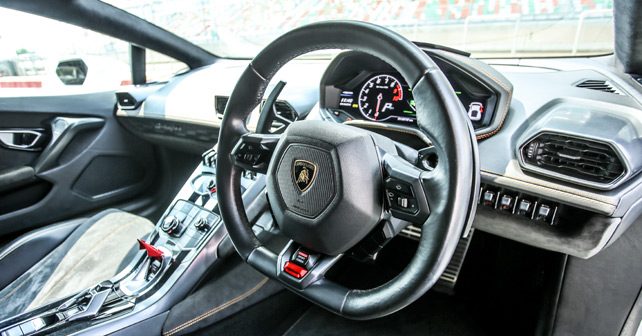 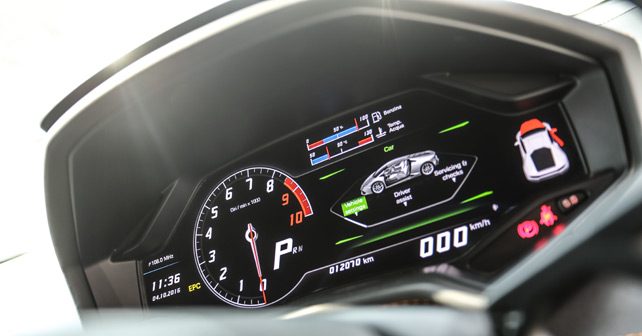 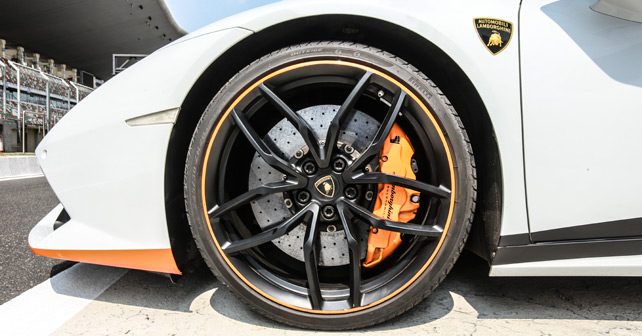 The newest raging bull in the stable is so good that we had to carve out a whole new category for it – ‘Performance Car of the Year.’ You see, while we make every attempt to be as sensible as possible and rate all the new cars and bikes of the year as objectively as possible, put a Lamborghini in front of us and all objectivity goes out the window.

But there is a caveat – it must drive as well as it looks! We drove the Aventador at the Dubai Autodrome for our 6th anniversary issue – four years ago now – and while it was staggeringly quick, the ferocity of the gearbox had the potential to snap your spine in two. The Huracan, while being virtually as ferocious, is far easier on the integrity of your skeletal system. It’s the baby Lambo, so has a V10 as opposed to a V12 – but it still produces in excess of 600 horsepower. All of this grunt is transmitted to the ground via a seven-speed dual-clutch transmission that’s as rapid as it is refined. A quick tug at the large steering column mounted paddles is all it takes for the Huracan to seamlessly select the next gear and continue charging down the road – leaving a trail of shock and awe in its wake.

Sure, it has the same powertrain as the R8 – but it just feels faster and more ferocious. The engine is louder and more urgent. The front end is sharper, and the Lambo seems more willing to be manhandled. Unlike Lambos of old, it won’t turn around and gouge out your spleen. Of course, it’s incredibly easy to surpass the speed limit in this car, but you need a track like the BIC to have any chance at all of pushing this beautiful machine. The speeds climb with an urgency that takes some getting used to, especially when you have a Datun redi-GO in the same (quite diverse) mix of vehicles. 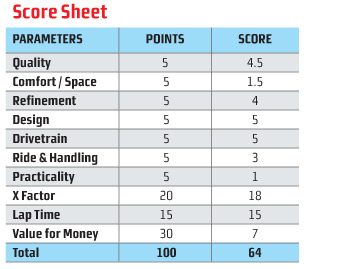 The sound from the engine behind you is intoxicating. You almost have to keep up with how fast the engine revs, with your right hand ready to ask for the next gear as the revs climb with stupendous urgency. But, of course, it’s the handling and the sheer grip levels that impress. It does seem to have a little bit of default understeer built into the chassis as you attack a corner, but, equally, it does like to rotate and position itself perfectly to shoot out of the corner and down the next straight.

Driving this car is an event. In fact, so is just sitting in it. Starting it requires you to lift up a flap before you can thumb the ‘Engine Start’ button – fighter jet style, although it is a little fiddly. But if our criteria was that it should drive as well as it looks – well, we have no hesitation in saying that it looks and goes equally beautifully. It’s a sight to behold, and a joy from behind the wheel – all of which makes it our Performance Car of the Year. Our first, and hopefully not last!