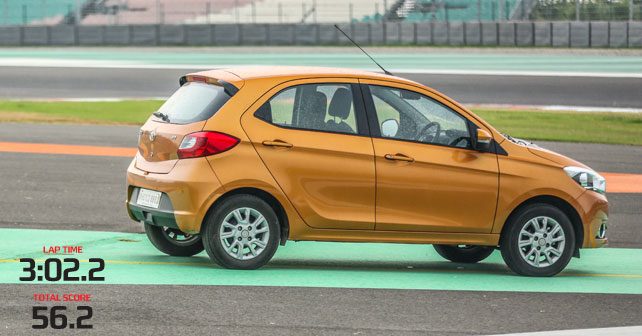 In the past, Tata’s reputation has been stained with a perception of being substandard in regards to quality and driving dynamics. Fortunately, they kicked off a paradigm shift when they launched the Zest aa few years back – and they’ve gradually upped the game ever since. Their latest, the Tiago is the best we’ve seen so far – but there’s still some room for improvement.

The design of the Tiago is well proportioned, and it has creases in all the right places to make it look attractive. It strikes the right chord, as all the design details come together pretty well. The frameless grille, the large spearhead-shaped headlights, the sharp shoulder line leading into the taillights and the neatly crafted tailgate, all make the Tiago look fairly appealing. On the inside, the fit-and-finish and the plastics are now admissible but still not on par with the competition. The dashboard is neatly laid out and comes with colour coded air-con vent surrounds. Tata has managed to make plenty of space inside the cabin too, which has long been their speciality. Despite its small dimensions, there’s enough room to seat three adults at the back rather comfortably. The 242-litre boot is larger than some of the cars a segment above it. 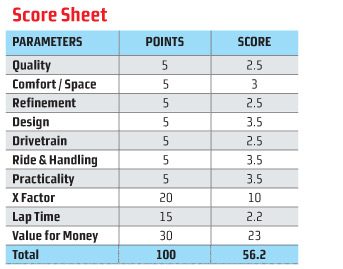 The Tiago that we had on test at the BIC was powered by Tata’s new 1.2-litre three-cylinder petrol engine that makes an impressive 84bhp and 114Nm. The engine is peppy in its mid-range and gains momentum swiftly. A lot of this character comes from the fact that it tips the scales at just 1,012kgs. However, being a three-pot unit, it tends to feel rough and noisy as you climb up the rev range – and the gearbox too could have been a bit more precise, with shorter throws.

Tata has, however, managed the ride-and-handling balance in the Tiago fairly well. The suspension is softly set up, due to which there’s some body roll – but it’s also this very same attribute that gives it a comfortable ride quality. The steering, however, is typically Tata and feels vague.

The trump card of the Tata Tiago is its value for money proposition. The top-spec petrol variant that we had on test costs less than Rs. 6 lakhs on road, and for that price you get a good combination of design, comfort, features and ride quality. Overall, while the Tiago is a noticeable step up for Tata, it still feels a little rough around the edges – especially when compared with some of the other cars in its segment.