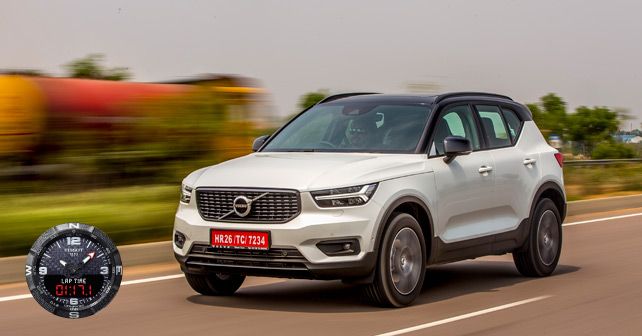 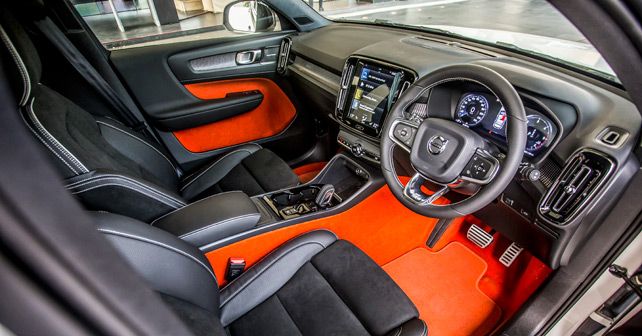 The Volvo XC40 is a delight to drive. All you need to do is look at its lap time to figure out how much fun we had driving it on the track. The first ever compact SUV from the Swedish carmaker managed to beat the Mercedes C-Class, S-Class, as well as the 575-horsepower G63 AMG. And the reason is simple – it’s significantly lighter. Plus, it’s 2.0-litre diesel engine packs a punch – although it doesn’t feel as spritely as the 2.0-litre in the BMW X1 – and it handles incredibly well. Despite that, on the road, the ride is very compliant as well. 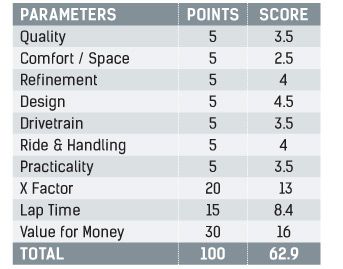 In fact, the overall refinement of the engine, and the wonderful 8-speed automatic gearbox, together offer an extremely smooth driving experience. Meanwhile, the suspension ensures that the car feels pliant and stable. The steering isn’t the most direct, but it responds to your inputs. Let’s just say that the overall performance is admirable. And, the design of the car is very appealing as well – it has just the right mix of design cues from the bigger XC60 and XC90, while also bringing a quirky and youthful individuality to this segment. In the flesh, it looks muscular & fresh – and it stands out.

As with all Volvos, the interior is also very nicely designed – with a large touchscreen that takes centre stage.

Ergonomically, the car is sound, but there are a few areas where it does lose some points. For its segment, the quality is good – but it’s not as good as the brand’s larger SUVs. Also, there isn’t much space – especially in the rear. In fact, the lack of legroom and headroom in the back is a real concern. And the boot isn’t very large either, which means that family road trips will be decidedly cramped. If you take the price into account, you could opt for much larger SUVs – such as the Toyota Fortuner and Ford Endeavour – and still have some money left over afterwards. Of course, you wouldn’t get the style and refinement of a luxury brand.

The truth is that the XC40 has been designed primarily for urban use, although it does offer different driving modes, including an off-rode mode – which means that it comes with all-wheel drive as standard.

It certainly is the pick of its segment, but it’s very much a car that you would need to drive yourself to appreciate. It certainly won our hearts with its individuality and style.