Goa to Murdeshwar in a Jeep Compass: Road Trip 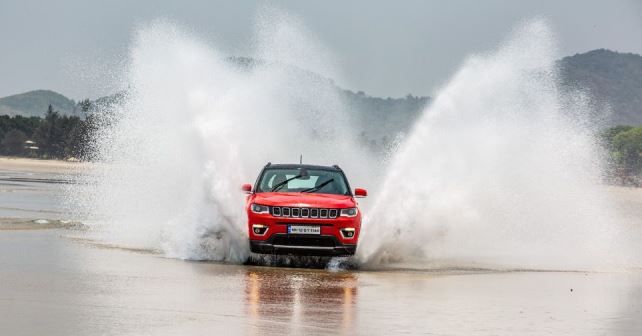 Beautiful coast – check. Capable machine – check. Great roads – check. We had all the right ingredients, but some road trips are more than just a bit of fun. Some also cleanse the soul.

I was the first one to wake up every day. Not because I wanted to demonstrate my seniority on the two boys and kick them awake, but because it afforded me time to absorb the light breeze and the morning music of the wind.

The first morning, on rubbing my eyes, adjusting my sight, taking a deep breath and sliding out of the bed, I walked to the table in one corner of the room and poured water into the electric kettle to make myself a cup of tea. It dawned on me that I hadn’t done this in the longest time, and I missed it. The obligations and rush of city life had robbed me from appreciating tea. Or oxygen.

Elbows rested on the veranda railing, I held the mug gently in my hands and, with every sip, I heaved a sigh of relief. This had been long time coming.

Tea consumed, one final deep breath and a big smile – now it was time to practice my seniority and kick the boys out of bed. Goa was waiting for us – but not the Goa that most people envision. The plan was to experience the Goa that we know very little of. 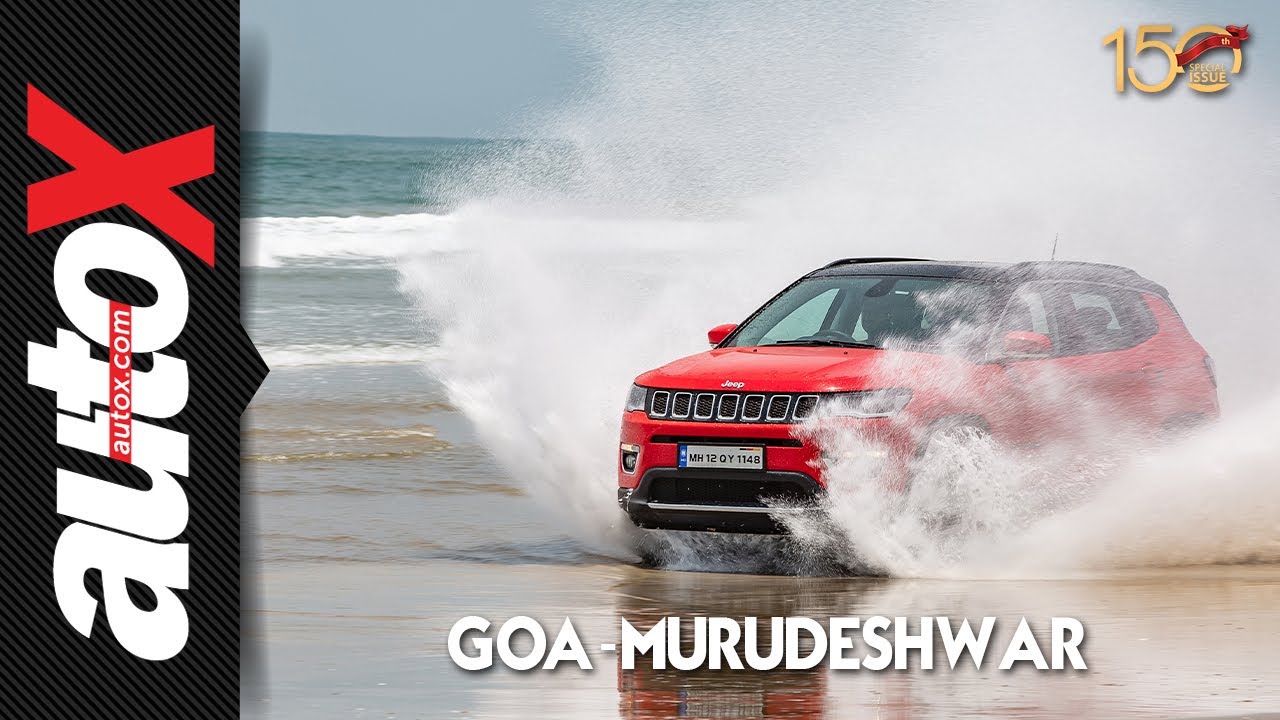 A morning dash up some beautifully engaging and empty roads led us to a point from where we could see some big boats. We also got to enjoy the sharp dynamics of the Compass – something that would make this journey all the more special. This, as it turns out, is a really fun car to drive!

We drove up a bit further and saw a ramp. That could mean only one thing – a river crossing. And who doesn’t love river crossings? So, our Jeep was loaded up on the ferry to some curious glances. Greetings were exchanged with our fellow ferry riders and some silly jokes were cracked. Ravi was finally starting to feel the vibe of the place and managed to will himself out of his still-sleep-infested state. Saurav was already busy with his gimbal and camera. It had been a good start to the day. I was getting ready with a five-hundred rupee currency note, expecting the ride to have cost us at least a couple of hundred – but, to my sheer shock, it was just ten bucks. Ten! And, as it turned out, that’s for four-wheelers. Two-wheelers are taken across free of charge. Economics is a strange thing.

Once across the river, we drove a fair bit more into Divar Island and ended up spending time in Goa exploring some really nice local eating joints that served delectable seafood. Some crab and prawn decorated the table, along with local beer, which had a hint of pineapple in it, and a view of the endless waters in front of us, it was time to soak in the day’s progress and plan for our next leg to Gokarna that evening. By the power of a majority vote of one, and the veto power I had, it was decided that Ravi wouldn’t drink. Good lad, this one. Reluctant, but good. 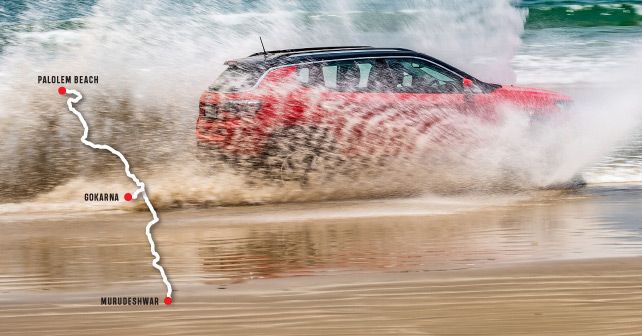 Suddenly, Varad — our resident Goan friend — suggested that we drive out to another nearby island. It would be a short drive, and would give us a great view of the Sun signing off for the day. Glances were made, no words were spoken, and, yet, an agreement was established. We got up, drove out and reached the Sao Jacinto Island – which is a treasure. The people of San Jacinto had made a vow to never let their land be used for the construction of touristic or industrial establishments. This resolve of the people has had a great impact —  the San Jacinto island is extremely serene and the sunsets are surreal. Ravi, Saurav, Varad and I watched the locals as they sat down at different parts of the bridge – staring at the orange hue filling up their eyes, not a word on their lips, not a device in their hands. It brought a faint, satisfying smile to my face.

Gokarna was a bit over three hours away. Darkness had enveloped the skies and moonlight was our companion for this leg. The roads weren’t as busy as they had been in the daytime, the bustle of the marketplace had all but settled and the sound of the waves caressing the sands was getting distant. Ravi pressed on, the roads were becoming encouraging and the Jeep was ticking along effortlessly, entertainingly.

The next day was spent driving to Gokarna’s famous beaches and to the beautiful Mahabaleshwar temple. One must enter the temple bare-bodied — not entirely, only the torso — and because Ravi seemed the fittest amongst us to flaunt his beer-belly, we decided that he should enter the temple. 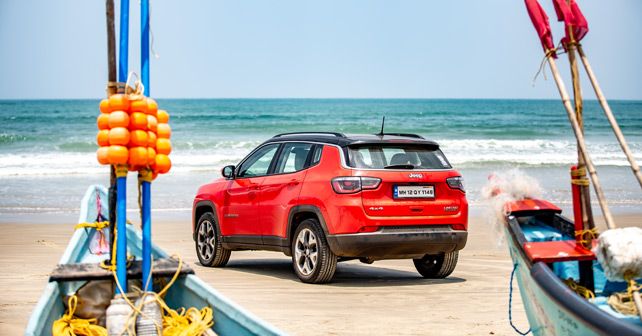 The Gokarna beach has become extremely commercialised. I remember a small, sleepy town from my college days — but that seems like a lifetime ago now. It was best to escape to the much more peaceful and idyllic Om beach – just a short drive away. I remembered seeing the shape of ‘Om’ — which makes this beach so famous — from a high-set place somewhere in the surrounding hills back in the early 2000s. But no such place exists now — that’s the extent to which Gokarna has developed over the past couple of decades.

While walking lazily over the soft sands of Om beach, memories from my college days came flooding into my head. I sat in quietness, remembered the beautiful times I had here with my friends. I got a picture of the beach on my phone and sent it to my college WhatsApp group for my mates to smile looking at it.

But Gokarna is more than its beaches, it’s also about historic legends and glorious stories. One such story is that of the name of the town itself — Gokarna. You see, if you break it up, Gokarna literally means ‘cow’s ear,’ and we were immensely lucky to see where this name originates from.

Hidden in the middle of a small hill is a cave. You need to have a sharp eye to spot it. Other than a few locals, no one really comes here. And therein lies its beauty.

There are two things to note here – one, it’s got a narrow entrance, so it’s a bit of an effort to access, and, second, it’s a cave, so it’s quite dark in there. Both Saurav and Ravi had barely reached the entrance, when they stopped. Saurav exclaimed that he’d seen a snake, and Ravi was being silently reluctant to push any further. Pussies! When I entered, I saw something move. There were a few bats for company, and something that seemed like a four-legged ‘creature.’ It was a small dog – man’s best friend fortunately. A dog that provided company to a Saadhu, who had been the priest of this cave-temple for over the last year or so. 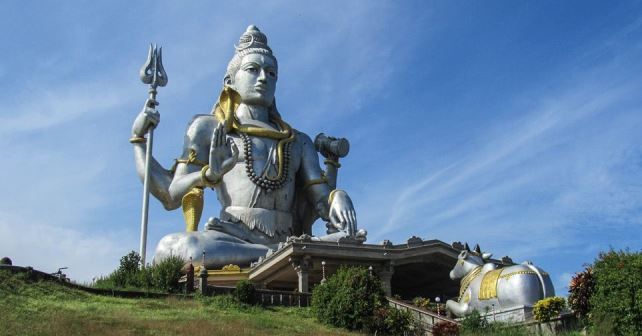 It was a sight that words can’t describe. The feeling was majestic. It was uplifting, calming, deep and all-consuming. The Sun’s rays were piercing down through a hole in the roof of the cave, and it was illuminating the bedrock of Shiva’s  lingam. I struck a conversation with the Saadhu, and he explained the legend of how Gokarna got its name — that Shiva emerged from the ear of the cow (Gau) and that the hole in the roof of the cave was that ear (Karna). Fascinating.

But we had to press on – a task aided immeasurably by the surge of 170 horses courtesy of the Jeep’s 2.0-litre turbocharged engine. Murdeshwar was our final frontier in this special celebratory drive, and it’s famous for one thing – a tall statue of the Lord Shiva. It doesn’t feel as imposing from a distance, but, get closer, and you realise the enormity of it. It’s a work of art, a thing of beauty and a masterful display of human skills and sheer devotion. One can sit endlessly and stare at its magnificence. We offered our prayers and headed back, only to realise that the beach was amazing – with some isolated spots.

We parked up at the beach, and a sense of mischief entered our minds. Yes, let’s make waves! Grip tightening on the steering wheel, drive selector engaged in ‘Sand,’ and enough momentum gained to keep the engine in its sweet-spot… we are a bunch of juveniles after all.

Well, what’s the point of Jeep’s legendary all-wheel drive system if you don’t use it – right? 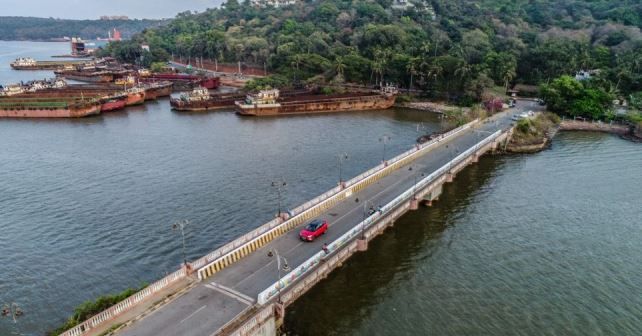 The west coast of India is so much more than just pretty beaches and cheap cafes. It’s rooted in a deep sense of culture and history. And, of course, there are some great driving roads as well. 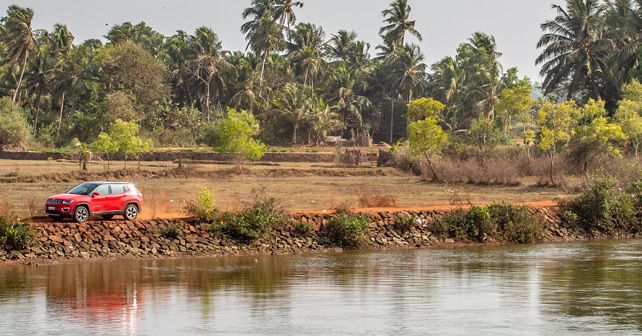 The cave-temple in Gokarna is a hidden treasure, the landscape is immersive, and the locals are always up to some antics.

Kodiaq vs Tiguan vs Compass vs Hexa vs MU-X vs Endeavour: Comparison