The plight of Harley-Davidson 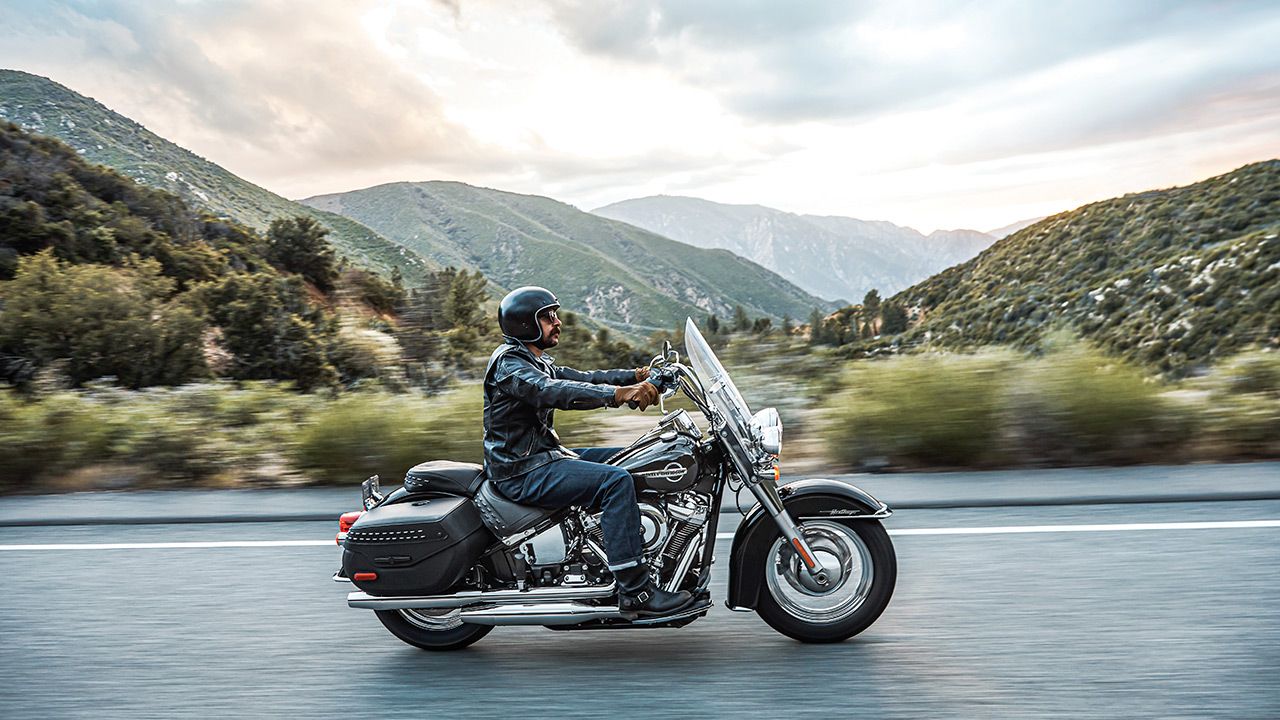 The biggest motorcycle brand on the planet is in the midst of a major crisis. So, is it too late for Harley-Davidson or can it come out stronger?

Exactly three years ago, I visited the birthplace of Harley-Davidson. What started under a tiny shed, in Milwaukee 115 years ago, had grown to a sprawling campus spread over hundreds of acres. I rode to the Harley museum and factory to do a story on the ‘Harley lifestyle’ – one of the best solo rides of my life. After meeting Harley-Davidson riders, groups, and employees, I understood the reason why the legendary bikemaker is considered to be a powerhouse of a motorcycle brand.

HD doesn’t just sell motorcycles, it sells a lifestyle, and that’s why it’s become the biggest and most reputable motorcycle company, with the most loyal customer base, on the planet. As I stood on the hallowed grounds of Harley-Davidson HQ, not once did I feel that this iconic bikemaker was going through a major crisis. Of course, I already knew about the crisis that the brand was facing, but it was not in the air – it was not evident. 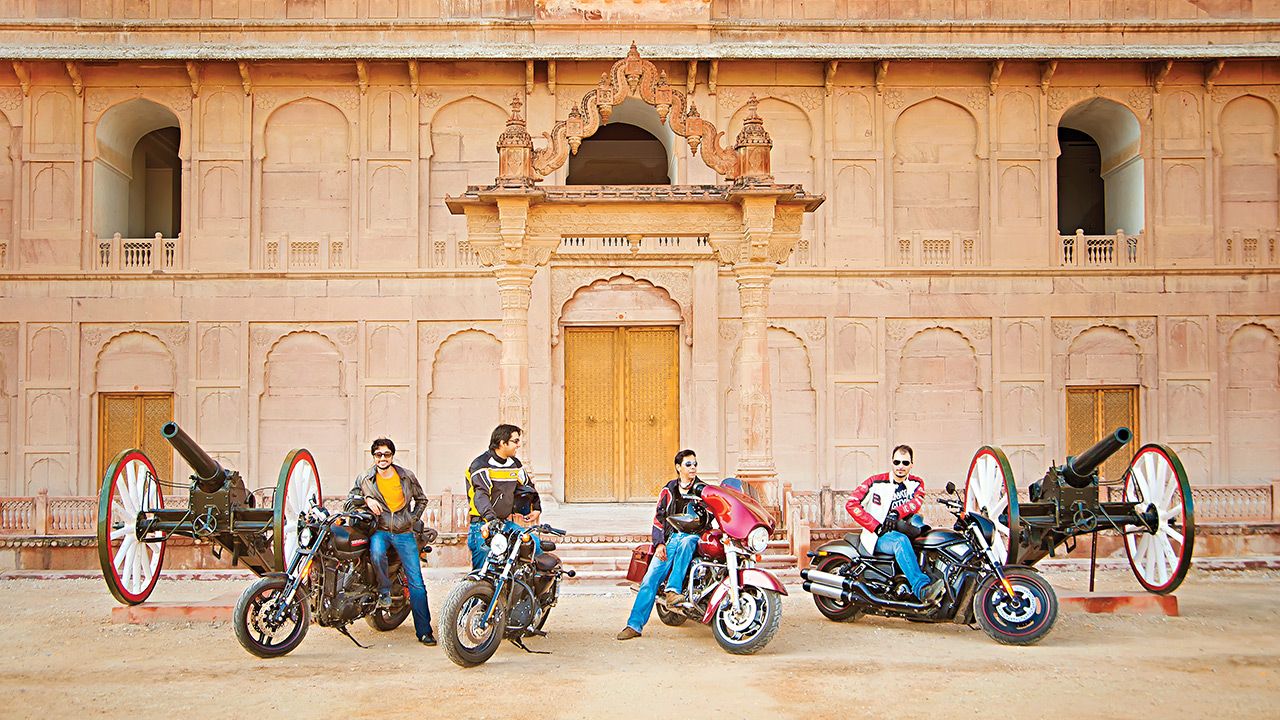 HD was hit hard by the 2007 recession. Its stock price has been languishing ever since, and the bikemaker hasn’t been able to recover.

Selling Freedom
In 2006, HD sold over 260,000 units in the US and recorded a profit of $1 billion. The manufacturer was at the peak of its success – a story that began during the Second World War. During the war, HD produced 60,000 units for the military. After the war, soldiers returning from the war wanted to live life on their own terms, which meant freedom, mobility, and the attitude to do whatever they wanted. A counterculture of sorts developed, which later became the building blocks of the Harley lifestyle.

In 1945, HD sold 190,000 bikes. By 1970, they were selling over 2.8 million bikes a year. Motorcycle gangs became popular, and baby boomers loved this new lifestyle. Hollywood also helped in popularising the Harley lifestyle with movies such as Wild One and Easy Rider that featured HD bikes. 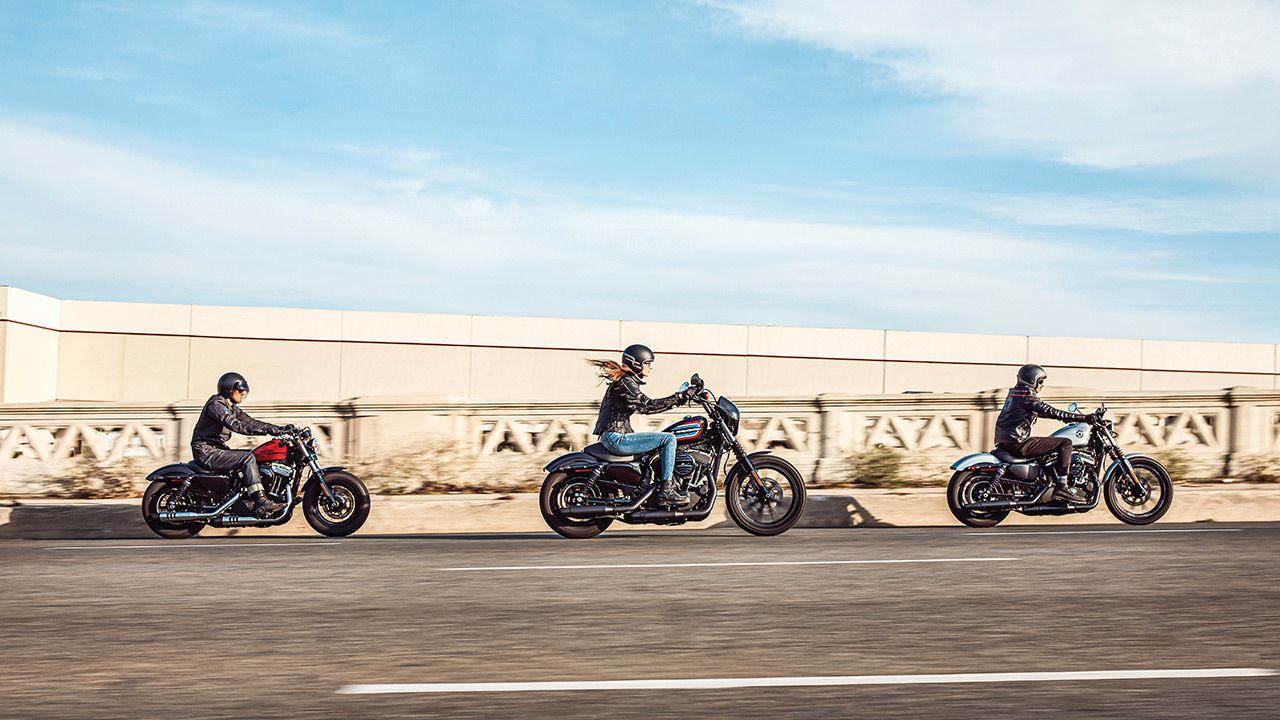 In 1986, the Motor Company registered millions in profits and went public soon after, bringing in a lot more cash for operations. The success story continued until 2006, when it peaked. But, then, ‘the bigger you are, the harder you fall.’

Freedom is Old
HD’s core customers – baby boomers – had now reached middle age. And, then, in 2007, the financial crisis hit! Like all companies, HD, too, struggled to sell its bikes and the result was devastating – the stock fell by 85%. The bikemaker tried to change its strategy and started focusing on lower capacity bikes to target different demographics, such as women riders.

In the US, its biggest market, that strategy didn’t work. Although HD was very successful in marketing and promoting the Harley lifestyle – an identity that caused them great success – it became a problem for the brand later on. An opportunity that its competitors pounced on.

In the 1980s, Honda was a major threat to HD, and its marketing punch line, ‘You meet the nicest people on a Honda,’ went against HD’s. Honda and other Japanese brands were wooing and attracting all kinds of customers, including non-bikers.

Still, HD never changed its brand identity, and its customer base remained the same – one of the main reasons that it has failed to attract new customers. Not everyone looks at motorcycling the same way as HD loyalists!

And the result? By 2009, the company reported $55 million in losses. Soon, it realised that the recession was only a part of the problem. It had neglected its core customer base. So, naturally, once more HD shifted its strategy to focus on them. Newer, bigger, and louder motorcycles were launched. The result was obvious – and profits reached $844 million in 2014.

However, HD’s woes were not over. The biggest long-term problem was that its core customer base was ageing. The average age of its customers went from 27 years in 1985 to 50 in 2018. There were no new customers! When I was at HD HQ three years ago, I was 32, and everyone I met and saw during the riders’ meet was significantly older than me. In all probability, if you see an HD bike on the road, irrespective of where you are in the world, the chances are that the rider will be well into middle age. 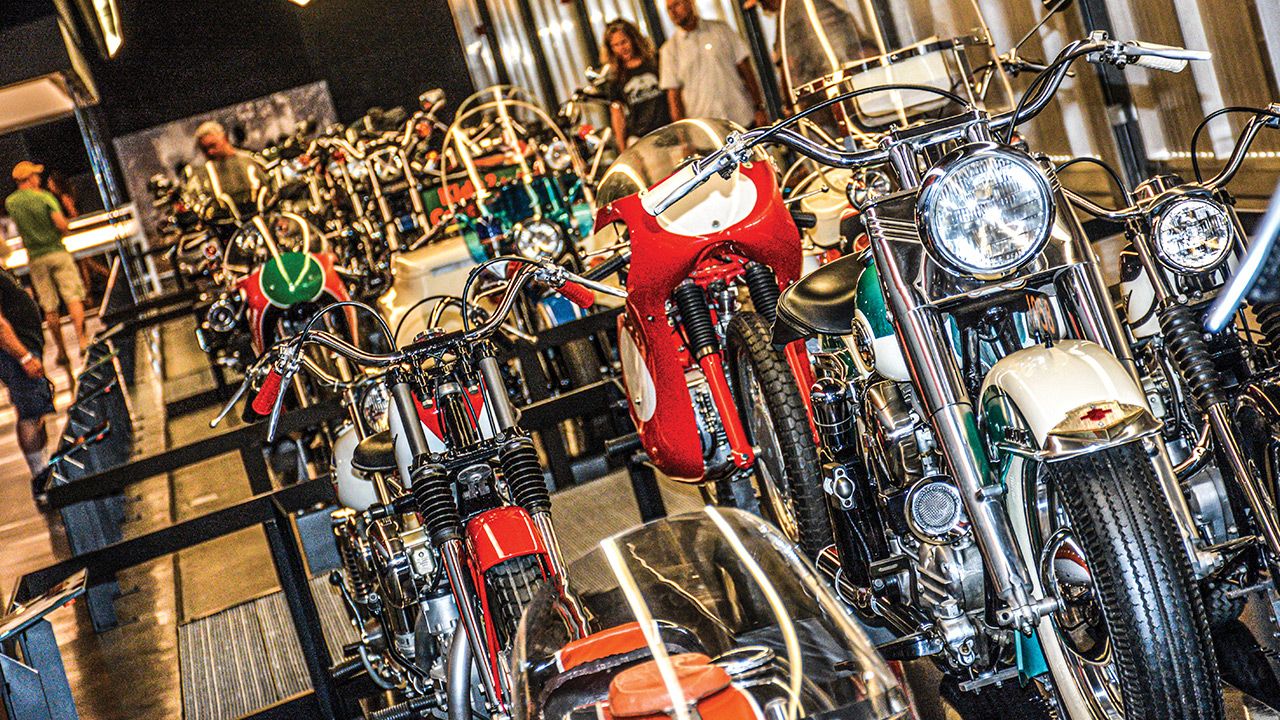 Freedom is expensive
One of the biggest concerns of any motorcycle enthusiast interested in HD bikes is that they are very expensive. The average price of an HD bike in the US is $20,000 (approximately ₹15 lakh). HD, as a brand, has failed to captivate millennials the same way it did boomers. For a young bike enthusiast, there are much cheaper and more practical options available to choose from.

Another issue for the brand is the average age of its core customers, for everyone assumes that HD bikes are only for old middle-age men. So, the company seems to be stuck between brand loyalists who made the brand what it is today and the prospect of allowing new riders into the community for future growth.

To focus on younger customers and new riders, HD started to offer more products. The Street models, for instance, are meant for developing markets and are the most affordable models from the brand. They have enjoyed some success, but they don’t have high profit margins, like bigger HD models.

Last year, we saw the launch of the Livewire – the first HD electric motorcycle, but it’s priced at $30,000 (approximately ₹22 lakh), so there’s no way any young or new rider could afford one, and the older customers seem to have no interest in it.

HD even started a buyback programme, which allowed a customer to buy a smaller, more basic Sportster model and then upgrade it in a year with a discount amounting to the price of the Sportster. It’s one of the many marketing gimmicks that HD has tried, but with mixed success. 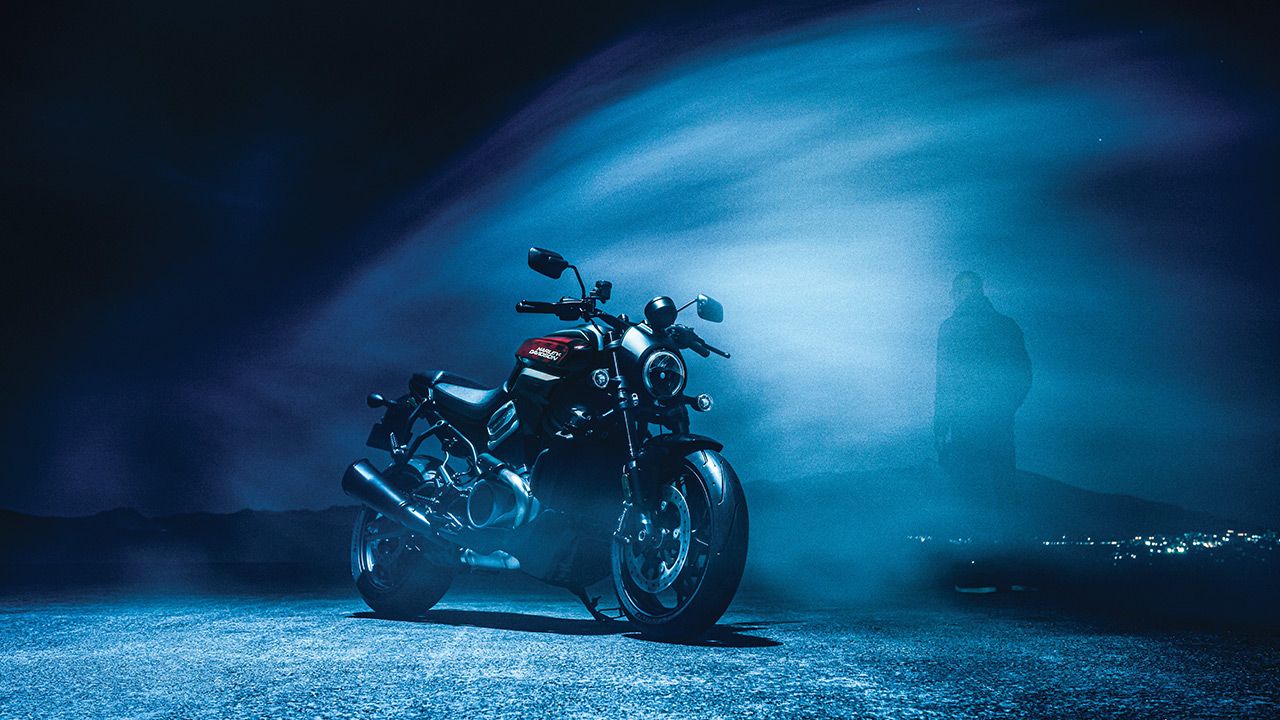 Freedom needs management
The former CEO Matt Levatich tried to solve some of the problems by starting the ‘New Roads’ strategy to focus on new products, such as the Street, Livewire, and the upcoming Bronx and Pan America models. Engines were also upgraded to be sportier, more efficient, and smoother. He also focused on developing markets, such as India and Brazil. HD was now aiming for half of its business to come from the international market – currently, only about 30% of its business comes from foreign countries.

And then Trump happened, adding further to HD’s problems. The Trump government imposed tariffs on foreign materials, making HD bikes more expensive in the US. The EU retaliated to Trump tariffs with their own, leading to HD bikes becoming more expensive in Europe as well. HD tried to wriggle out of this jam by moving its operations to other countries, but that left a bad taste in the mouths of its core customers, who wanted their freedom machine to be made in America. Once again, HD was stuck.

It seems that there is no end to its problems, for it has also been facing management and boardroom skirmishes, with different investors and shareholders fighting to get a seat at the table. In the most recent development, HD decided to replace Levatich with long-time HD board member Jochen Zeitz. Zeitz is most famous for bringing Puma back to life during his stint as its CEO. He did that by focusing on Puma’s strengths – something he has said he will do again with HD. 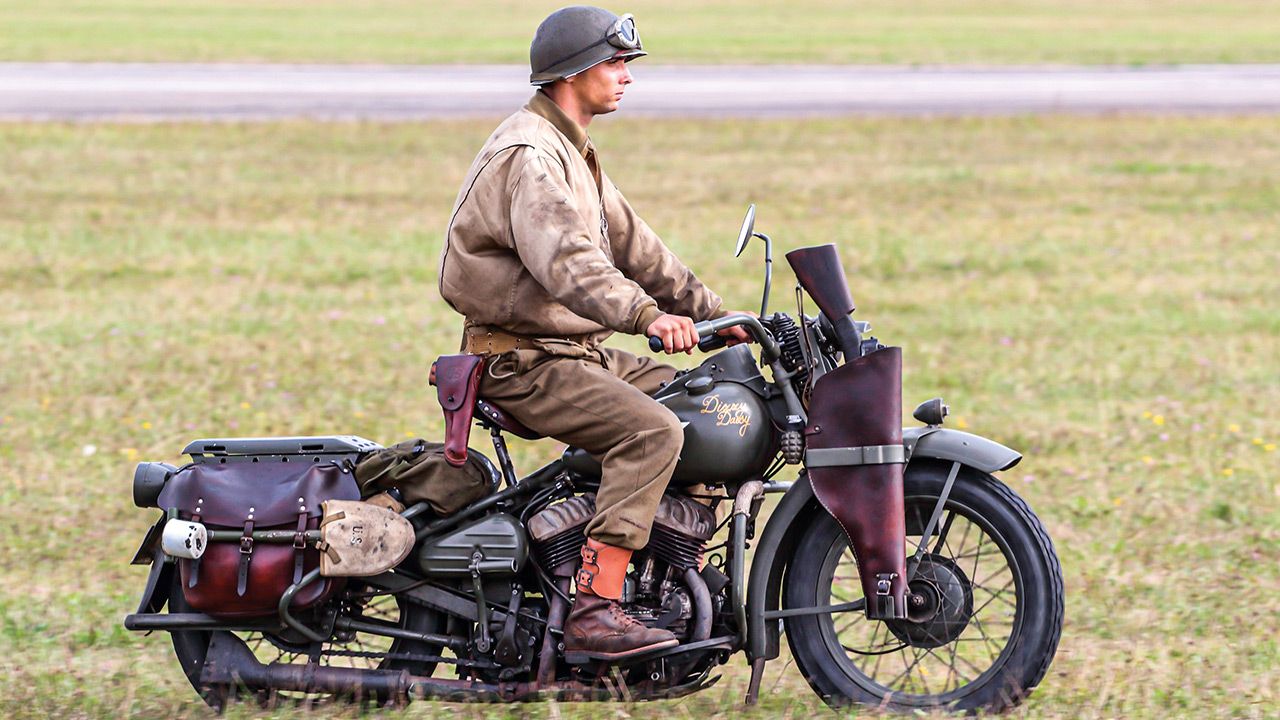 Freedom is uncertain
And then the Coronavirus pandemic happened, which, obviously, led to the suspension of all operations at HD. The stock price is the lowest it’s been in a decade and sales have been declining every year. All new products that were in the pipeline to be launched this year and the next year have been postponed. International sales were picking up in Europe last year, but they have plummeted once again this year. In India, HD sales went down by 21% in 2019. This is the worst situation HD has been in since 2006.

HD also announced a partnership with Chinese manufacturing giant Qianjiang to produce smaller capacity and more affordable bikes for India and China, which have emerged as the largest motorcycle markets in the world.

It seems that HD is determined to do whatever it takes, including manufacturing and selling electric bicycles.
While HD has been busy working hard to restructure the brand, and expand the HD community, it seems that the new CEO, Zeitz, has something completely different planned for the brand – he wants to start refocusing on the brand’s strengths once again. But he also has to contend with the uncertainty of the times that we’re living in.

With that said, Zeitz has pulled brands back from the brink before, so we’ll just have to keep our fingers crossed. Fortunately, HD still controls a huge percentage of the US market. The brand equity remains infinitely valuable, and it still has a large customer base with some influence. But the path ahead for the most powerful motorcycle brand in the world is anything quite as straight and smooth as the US Interstate highway that its most popular models thrive on. 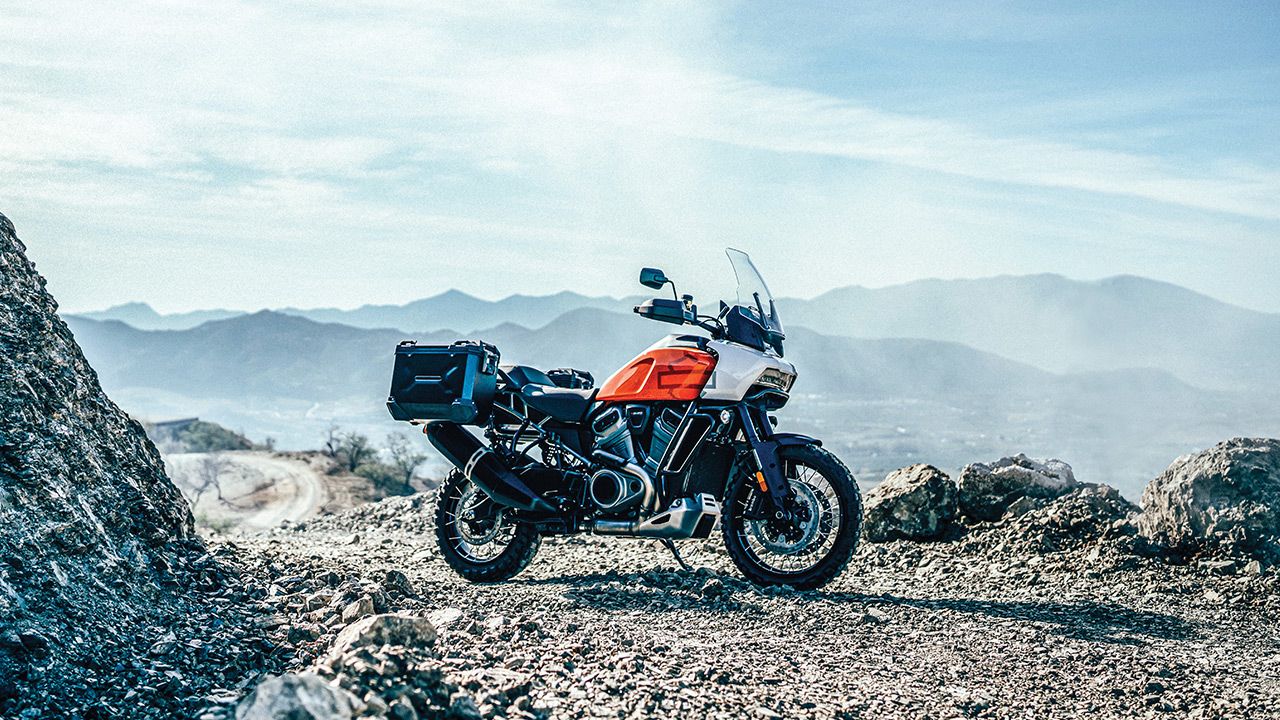 With the upcoming Pan America ADV, Harley will be exploring uncharted territories. 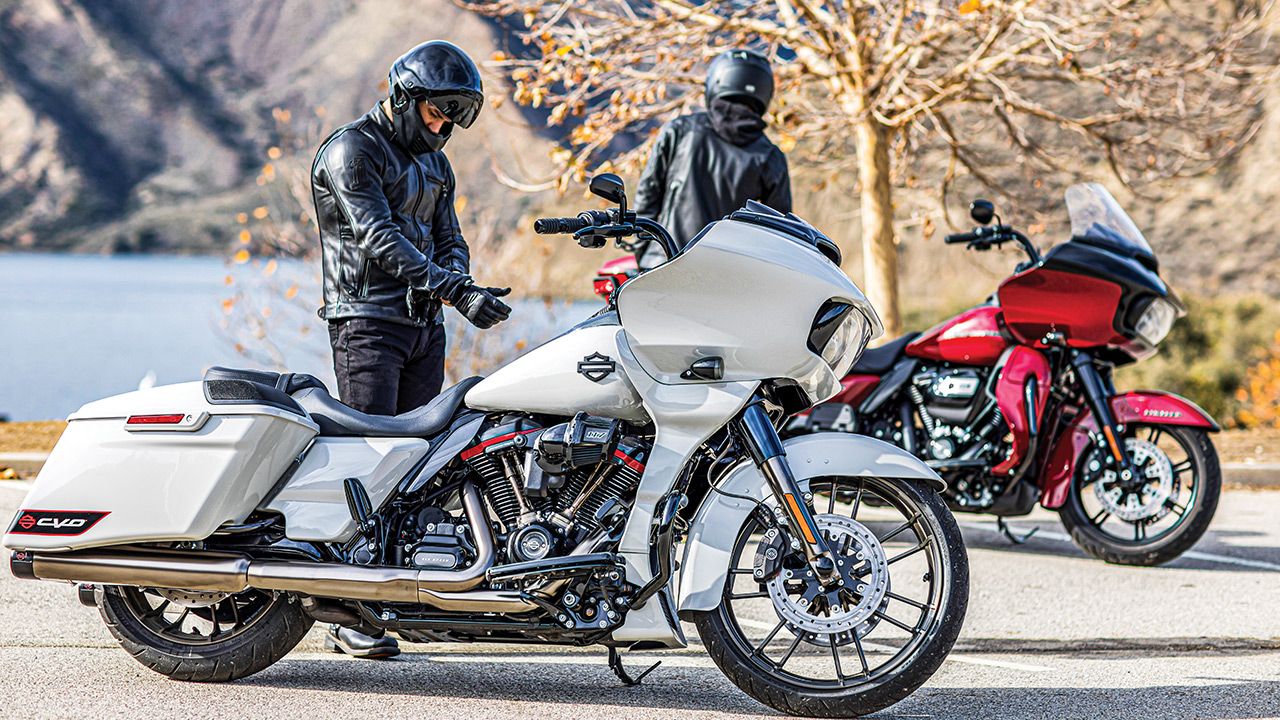