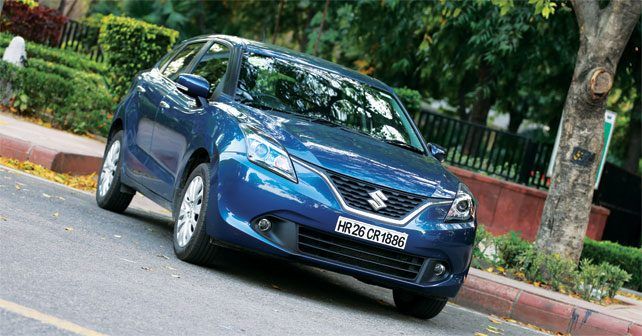 QUICK ON THE DRAW

Driving in peak hour city traffic can be an annoying and a cumbersome task with cabbies, autowallahs and motorcyclists cutting you off at every opportunity. Well, the best type of car in which to deal with these elements is a small petrol hatchback. While, the Baleno here may not exactly be small but it’s a very agile car when it comes to handling. The steering responds in a very direct manner to your inputs to slot the car exactly where you want to go. And, if you’ve read our review of the Baleno, you’d know how impressed we were with its handling at high speeds. It’s much the same story at slow speeds – the car feels taught and ready to shoot off in any direction.

Add to this good visibility out of the cabin, and you feel fairly confident on the road. You know exactly where the myriad of vehicles around you are sitting – and this means that you don’t waste time slowing down in anticipation of the odd idiot jumping out in front of you. You can see them from far away, and take necessary action. 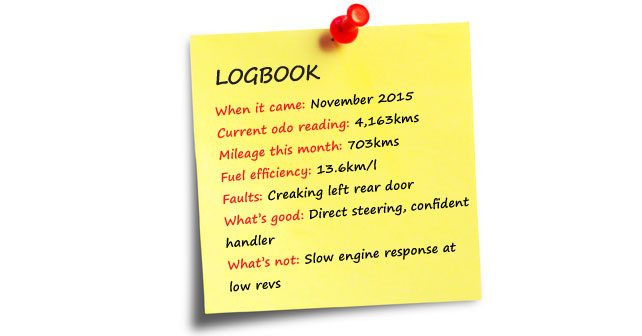 Although, I have to say that I do wish that the Baleno’s petrol engine was as quick on the draw as its handling traits. As is the nature with Suzuki’s K-Series engines, the lower end of the rev range just doesn’t have enough grunt. At city speeds, you frequently have to downshift to have enough pulling power available in the middle of the rev band.

I can only imagine how much fun the Baleno could have been with better low-end response, which would make it an even more agile car than it already is. Now I can’t wait to get my hands on that Boosterjet version (with the 1.0-litre turbo-petrol) of the Baleno that’s on the cards.

That’s not the end of the report though, as we have something rather strange to mention. About a week ago, the Baleno just refused to start. Ultimately, we had to jump start it. The problem hasn’t repeated itself, so we can only imagine that one of the drivers left a light on while moving the car. Let’s just hope the problem doesn’t reappear. Rest assured, we’ll keep you posted.