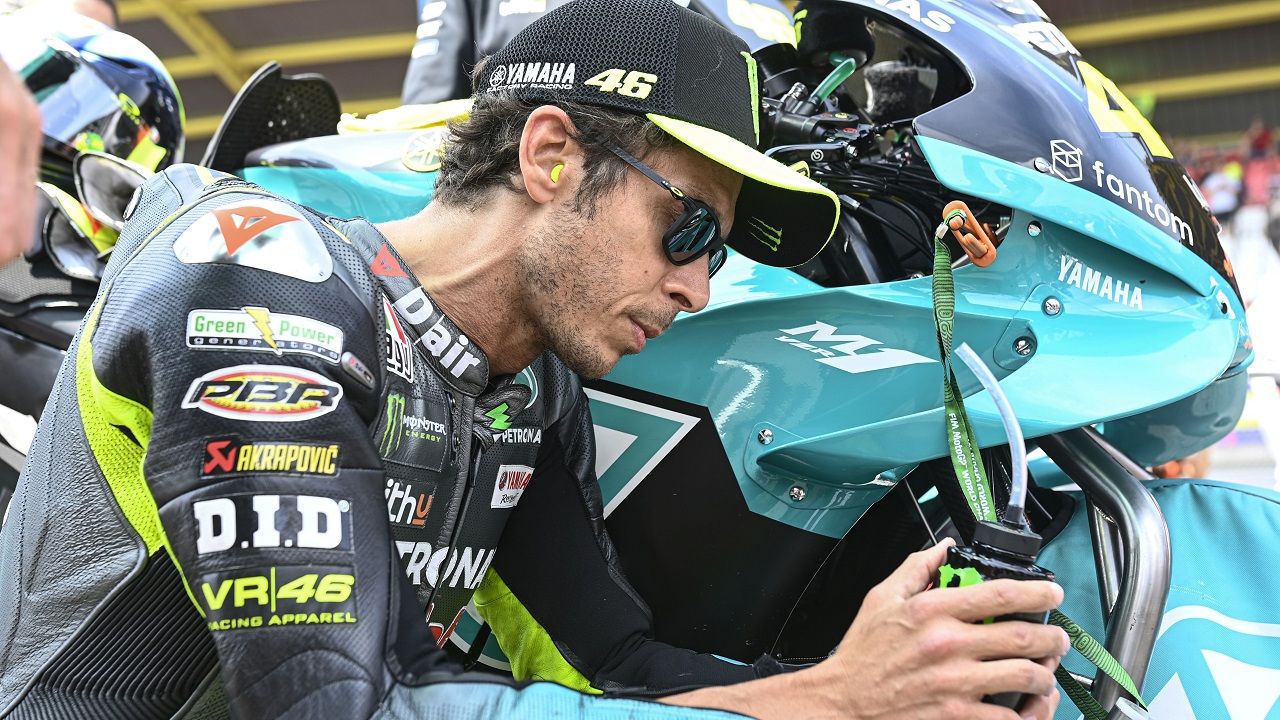 9-time world champion and MotoGP legend Valentino Rossi has finally called it quits as the Italian announced his retirement from the sport after 25 years.

It was a long time coming, but one of the greatest MotoGP racers of all time, Valentino Rossi, has announced that he won’t be racing in MotoGP after the end of 2021. The Doctor made the announcement ahead of the Grand Prix of Styria (Red Bull Ring), which is the same venue where Rossi took his first-ever podium in 1996.

Rossi started his racing career in 1996 and over 25 years, he’s gone on to become one of the greats of the sport. The Italian won 9 world championships (7 in the premier class) along with 115 race wins and 235 podiums. He’s also the only racer in history to win titles in the 125cc, 250cc, 500cc, and MotoGP categories. Thanks to his unmatched records and charismatic personality, Rossi is also, undoubtedly, the most popular MotoGP racer of all time. The kind of fan following he enjoys around the globe is proof of that.

On his decision to retire, Rossi commented: "I said I would decide for next year after the summer break, and I decided to stop at the end of the season.”

"I had a very long career and fortunately I won a lot of races, but I have some moments and victories that are unforgettable. But it's ok like this I think... we have another half-season, I don't know how many races, I think it will be more difficult when we arrive at the last race, but for now it's just to say my decision to everyone. I can't complain about my career!" – he added.

Rossi started his premier class career in 2000 when he joined Honda to compete in the 500cc 2-Stroke class. In his rookie season, the Italian finished 2nd overall. The following year, Rossi clinched his first premier class title with Honda.

In 2002, the inaugural year of the MotoGP category, Honda and Rossi switched to a 990cc 4-stroke motorcycle, the famous RC211V, and secured the very first MotoGP championship by more than 100 points. Rossi won the championship again in 2003, before switching to Yamaha.

2004 saw Rossi clinch the MotoGP world title with Yamaha, which was a feat that was repeated in 2005. After losing the title to Nicky Hayden in 2006 and Casey Stoner in 2007, Rossi was back to his winning ways again in 2008 and 2009 (final world title). In 2010, Rossi left Yamaha for Ducati, but it was an unsuccessful partnership, which resulted in Rossi returning to Yamaha in 2013. In 2015, Rossi came really close to winning his tenth title but lost to his teammate Jorge Lorenzo in the final round at Valencia.

Rossi continued to be a part of the factory Yamaha team until 2020. However, with a steep decline in his performance, Yamaha replaced Rossi with Fabio Quartararo for 2021 and beyond. Rossi moved to Petronas Yamaha (satellite team) for 2021. So far, Rossi’s results this year are nothing to write home about -- and this is one of the biggest factors behind his decision to retire from racing.

That said, Rossi will be back in MotoGP next year as a team owner as his VR46 team will make its debut in the premier class in 2022.