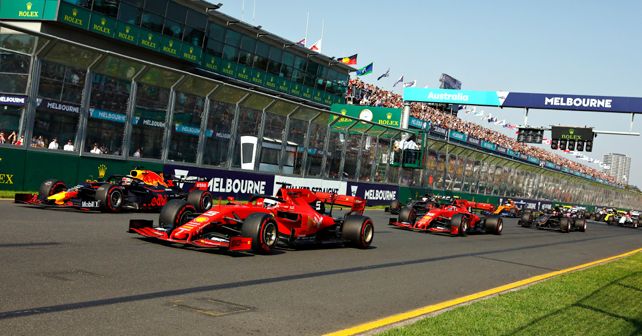 Following McLaren's withdrawal from the 2020 Australian GP, most of the teams have agreed to not go ahead with the race this weekend.

UPDATE: The Bahrain and Vietnam GPs have been postponed jointly by the FIA and the race organisers, which were due to take place on March 20-22 and April 3-5, respectively. Consequently, the 2020 F1 season is now expected to start at the end of May 2020 (until further notice).

UPDATE: The 2020 Azerbaijan GP has also been postponed.

The past 24 hours have been quite tumultuous for the Formula 1 (F1) fraternity. The events took a drastic turn yesterday after McLaren formally announced its withdrawal from the upcoming Australian GP, the season-opener of the 2020 championship, after one of their team members tested positive for COVID-19 coronavirus. Almost immediately, the announcement solicited strongly mixed reactions across all social media platforms. The debate then went on to the issue of whether the race should go on with the remaining teams or if the round it should be cancelled altogether. In the meantime, angry fans took to Twitter & other social media platforms to vent out their frustration over issues like ticket refund.

While just three teams – AlphaTauri, Red Bull Racing, & Racing Point – were willing to go on with the race weekend, the remaining teams were more concerned about the safety of their crew and, therefore, decided to withdraw from the event. Consequently, just a few hours ago, F1, FIA, and the Australian Grand Prix Corporation (AGPC) jointly issued the following statement:

While the FIA and F1 are yet to issue an official statement on the following round in Bahrain, F1 teams are for sure concerned about a domino effect on the following Grand Prix rounds. The Bahrain GP was already slated to take place behind closed doors (fans would not be allowed to enter the circuit premises), and now, it seems that the race is headed for the same fate as the Australian GP. However, an official statement about the fate of the Bahrain GP is still awaited.