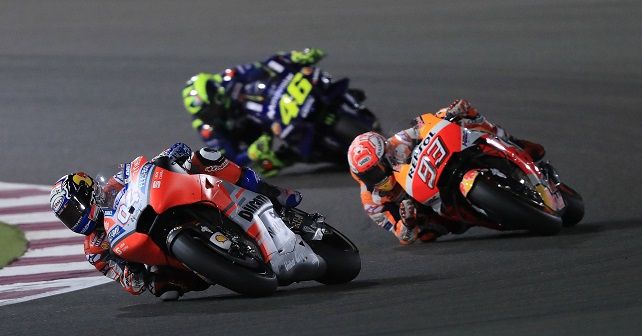 The first two rounds of the 2020 MotoGP season were cancelled due to the ongoing coronavirus crisis and resulting travel restrictions around the world.

The season-opening round of 2020 MotoGP at Qatar has been cancelled, owing to the travel restrictions in the country because of the coronavirus outbreak. Not only this, but the following round in Thailand has also been postponed for the very same reason.

The Qatar GP was supposed to take place from 6th to 8th March. However, the rising cases of coronavirus in Italy resulted in Qatar imposing a travel ban on passengers flying directly from Italy. This means Italians flying from their home country to Doha will be taken straight to quarantine for a minimum of 2 weeks or 14 days. Now since six of the riders, including big names like Valentino Rossi and Andrea Dovizioso, and teams like Ducati and Aprilia are based in Italy, it would have definitely complicated their participation in the season opener. As a result, the race has been cancelled.

While the MotoGP class won’t race in Qatar, the Moto2 and Moto3 will go ahead and race as per schedule. This is possible because the teams and riders from Moto2 and Moto3 were already in Qatar for their three-day official test since the beginning of last week.

As for the second round in Thailand, none of the classes will be present, as the public health department of the country has reportedly cancelled the Thai MotoGP altogether, which was scheduled to run between March 20 and 22, citing coronavirus concerns. The Thai GP may take place later this year, but there’s no official confirmation on that as of now.

The upshot of these two rounds getting cancelled is that we won't be able to see MotoGP bikes in action until the American Grand Prix (6th April), which is held at the Circuit of the Americas, Austin. However, this will also only happen if the US authorities don’t put any travel restrictions on global passengers in the coming few weeks.