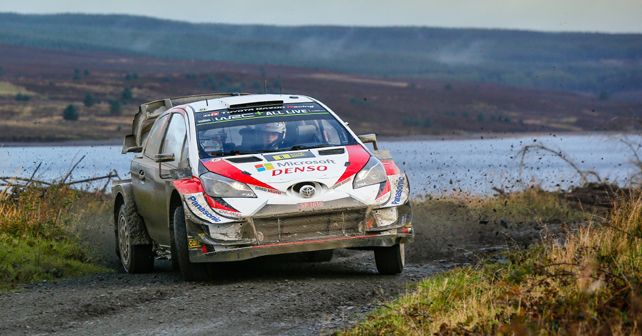 This year's Wales Rally GB witnessed a very interesting top-three finish, dominated by the three championship contenders. After a lacklustre run in last month's Rally Turkey, where the championship leader recorded his worst-ever finish of the season, Ott Tanak & co-driver Martin Jarveoja outgunned their competition to win a rather challenging Rally Wales GB. Coming into the lead by the end of Day 2 (SS10), Tanak then led the rally till the end to claim victory by a margin of 10.9 seconds. The Toyota duo also secured maximum bonus points in the final Wolf Power Stage, taking home all of the 30 points up for grabs. With this victory, the Estonian now sits atop the leaderboard with a lead of 28 points (240 points) over second-placed Sebastien Ogier (212 points). After the previous round (Rally Turkey), the points gap between the two had shrunk to just 17.

Behind Tanak, Hyundai's championship contender Thierry Neuville & co-driver Nicolas Gilsoul were back on the podium after a gap of four rounds. Finishing Wales Rally GB in P2 (10.9 seconds behind Tanak), the duo were last on the podium after Rally Portugal. Meanwhile, Citroen too managed to have a pair on the podium as previous round winners Sebastien Ogier & Julien Ingrassia took home P3, 23.8 seconds behind Neuville & Gilsoul. Despite renewed hope after Rally Turkey, the Frenchman & defending champion's chances of a seventh straight title now seem to be dwindling. On the other hand, with six victories in the bag so far, Tanak is now on the cusp of earning his maiden WRC title. He can seal the title if he wins the penultimate round in Spain later this month.

Tanak's teammate Kris Meeke once again had a promising start on the opening day of the rally & managed to outpace everyone till SS9 (penultimate stage of Day 2). However, the Irishman was unable to replicate the same pace over the weekend and therefore, could only manage a fourth-place finish. However, his contribution didn't go in vain as valuable points were added to Toyota Gazoo Racing's account, thanks to which, the Japanese racing outfit is now only 8 points away (332 points) from the top spot on the constructors' leaderboard. At the moment, Hyundai Shell Mobis WRT leads the constructors' championship with 340 points.

Next up, the 2019 WRC season may witness its new champion at the forthcoming RallyRACC Catalunya, the penultimate round of this year's championship, due to take place at the end of this month.