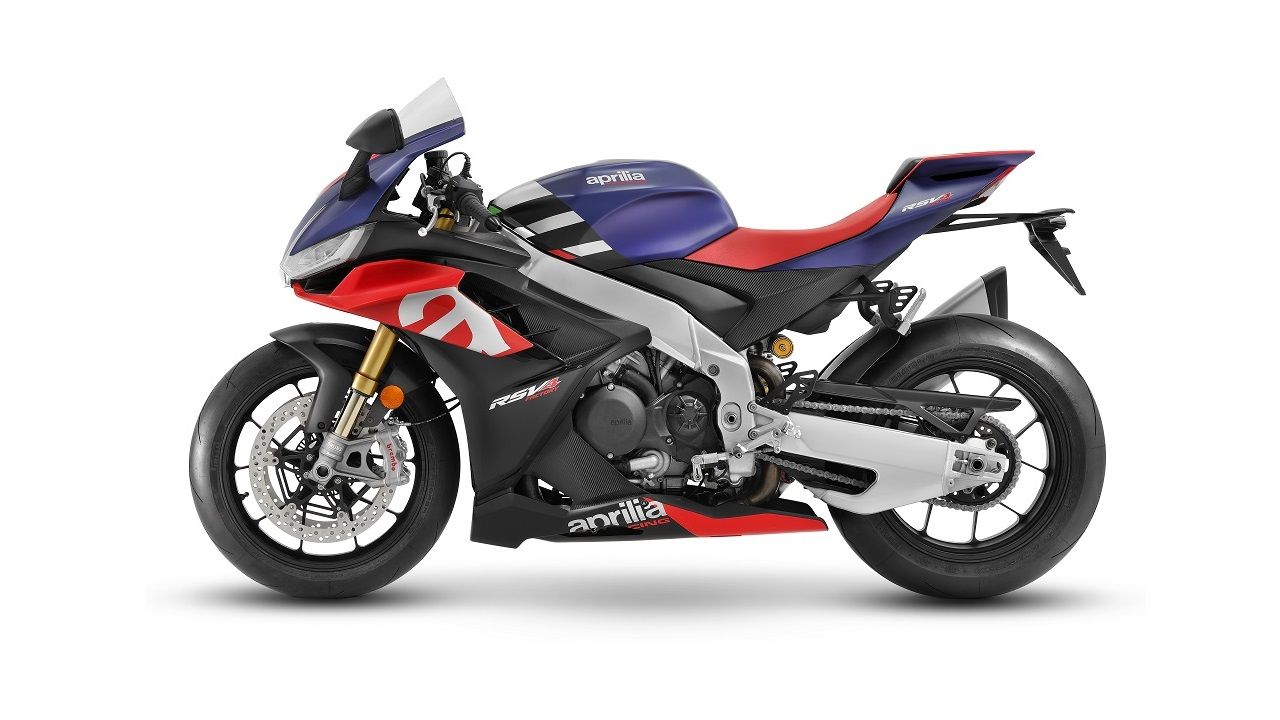 Wraps have come off the 2021 Aprilia RSV4. Here's everything you need to know about the new litre-class monster from Noale.

After a long wait, Aprilia has finally launched the new RSV4. The updated litre-class superbike comes with a number of significant changes, meaning that the wait has been well worth it!

Here are the key highlights of the 2021 Aprilia RSV4.

If you love superbikes, you’ll know that the RSV4 is one of the most loved litre-class sports bikes out there. However, over the time the competition left it behind in terms of tech and features in the last few years, and the RSV4 failed to make any real strides on that front – it just received some minor evolutionary updates to keep it in the race. This time, however, the changes are more revolutionary.

Let’s start with the heart of the matter – the engine. For 2021, the RSV4 gets an updated V4 unit, which displaces 1,099cc as compared to the outgoing motorcycle’s 1,078cc. Aprilia hasn’t revealed many details about the new powertrain, but they do say it gets a new exhaust system. Power output is unchanged at 214bhp, which should be enough for any occasion.

Along with the engine, the electronics package has also been updated – the RSV4 now gets a new Marelli 11MP ECU and a six-axis IMU. A total of six riding modes will be on offer – three for the track (including two customisable) and three for the road (including one customisable). The riding modes will alter the traction control, wheelie control, engine braking, ABS, and other parameters. In addition to this, there’s a new and larger TFT display.

The chassis has been modified, too, as the RSV4 now gets a lighter swingarm, which is inspired by the team’s RS-GP MotoGP machine. Along with that, the ergonomics are revised, and there are a new fuel tank and a new seat, both of which will offer more grip and support to the rider.

Last but not least, the 2021 RSV4 has received a thorough makeover in terms of design. Inspired by the smaller RS 660, the new RSV4 features a pair of sleek twin LED headlamps, which come with cornering lights. In addition to that, it comes with integrated aero winglets. Not to mention, it looks absolutely gorgeous.

Aprilia will launch the 2021 RSV4 in two variants – standard and Factory. The RSV4 Factory will be equipped with semi-active Ohlins electronic suspension, forged wheels, and Brembo Stylema brake callipers.

The updated Aprilia RSV4 is expected to go on sale in India later this year. Expect it to carry a pricetag of around Rs 25 lakh (ex-showroom).