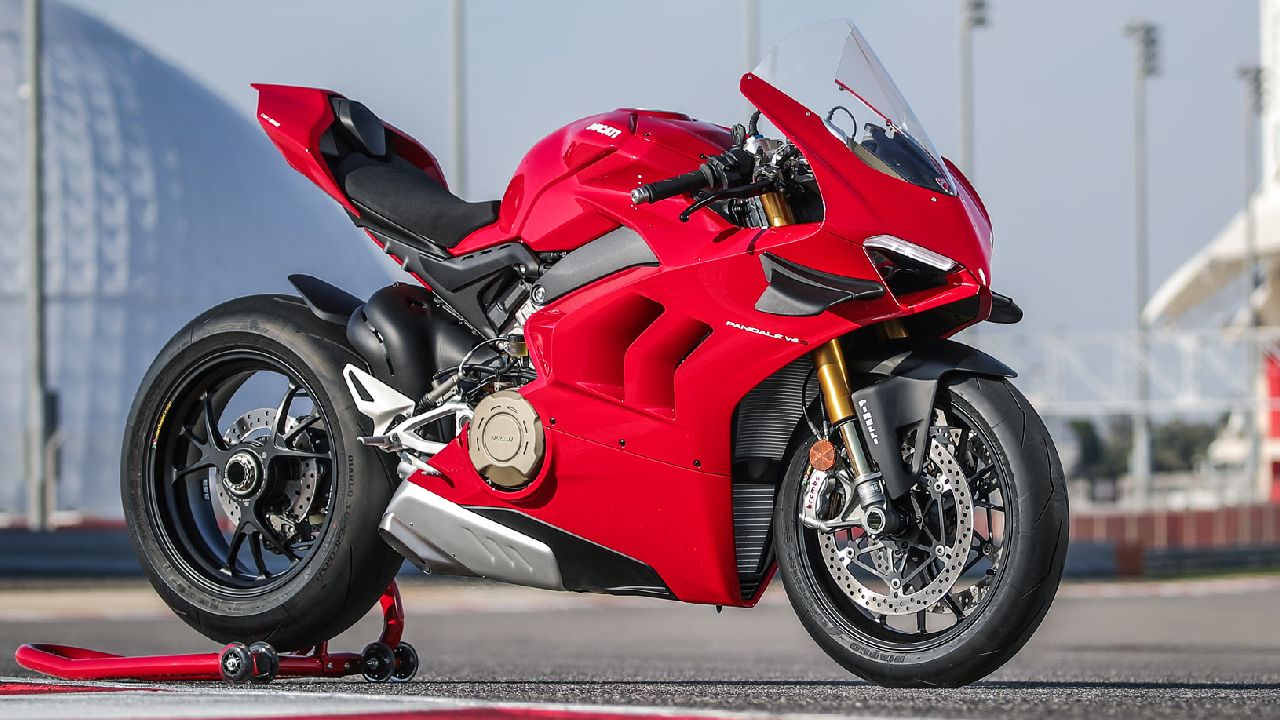 Ducati India has finally launched Panigale V4 and the Panigale V4 S in the BS6 avatar. Along with the supersport, the company has also updated its hyper cruiser, the Diavel 1260 to meet the stringent emission norms 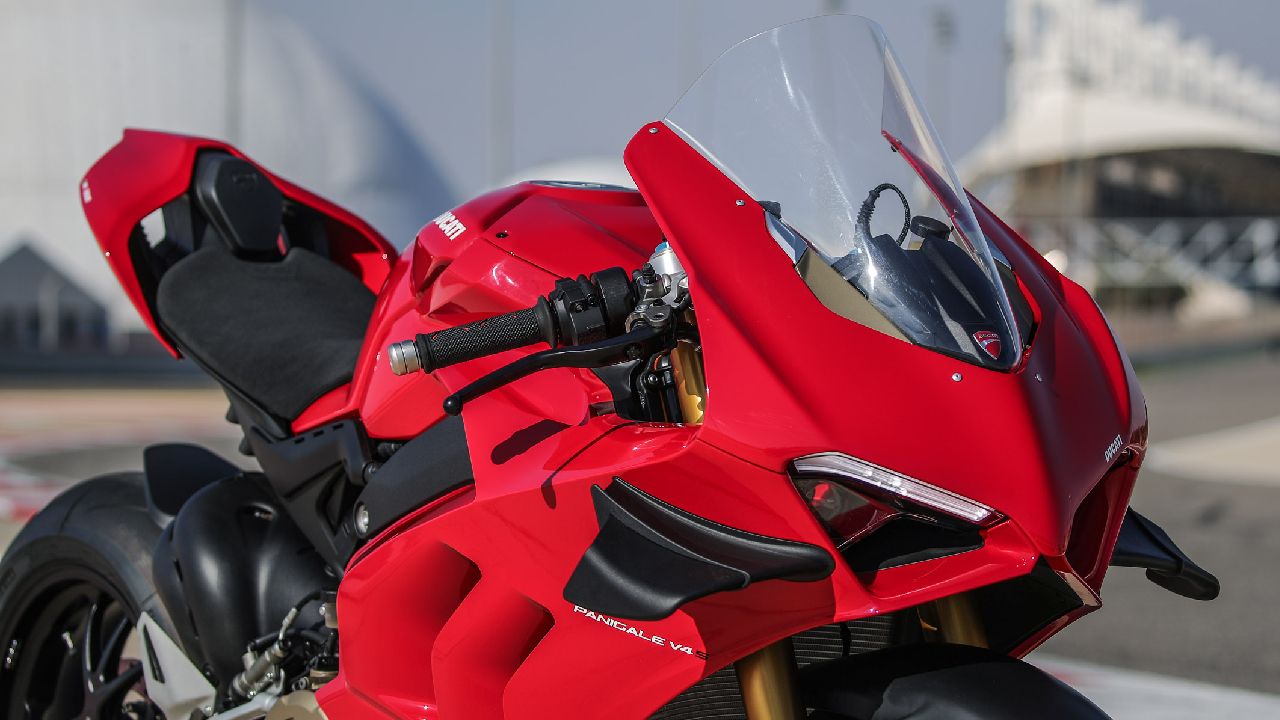 The flagship supersport from Ducati continues to deliver the same power output of 211bhp at 13,000rpm and 124 Nm at 9,500rpm. Ducati has managed to keep the power figures the same by using a 10mm larger catalyst – in the exhaust system – and the peak torque is achieved 500rpm early in the rev band compared to its Euro 5 compliant sibling.

The engine is the same 1,103cc Desmosedici Stradale V4 engine mated to a six-speed gearbox that comes equipped with Ducati’s two-way quick-shifter as standard. 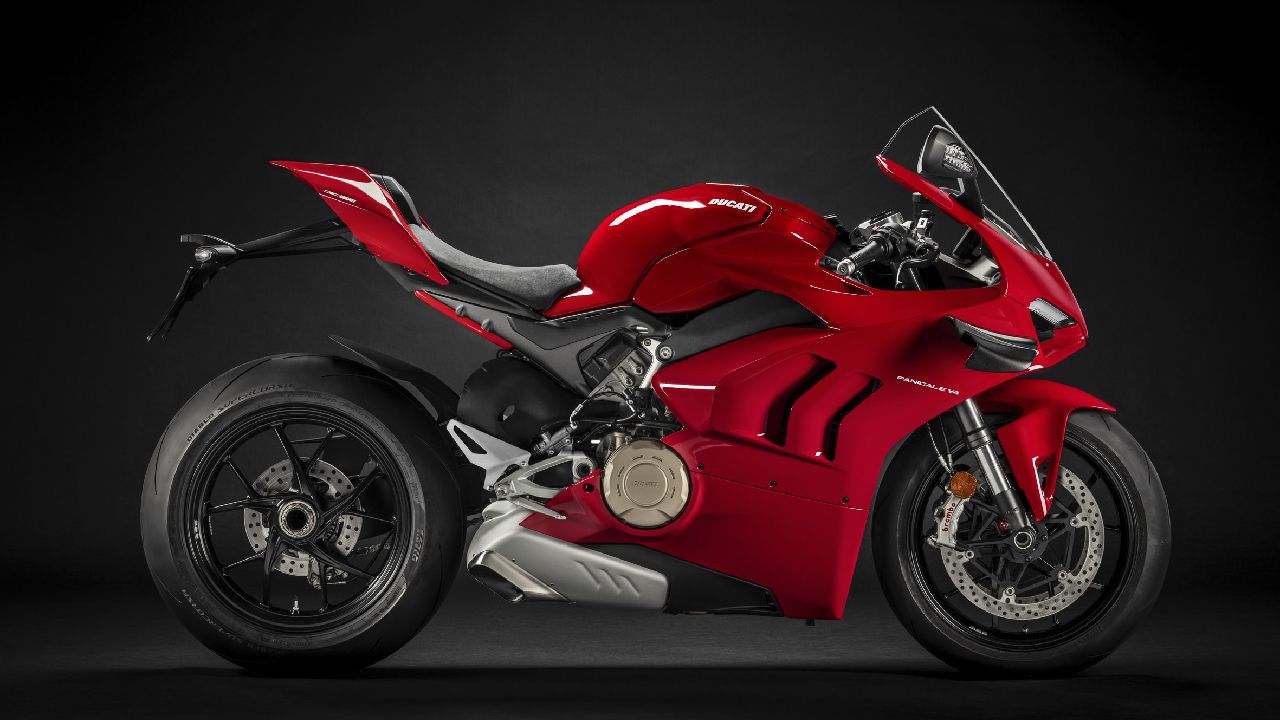 The mainstay of this very powerful supersport is the aerodynamics it packs along. Co-developed by engineers from Ducati Corse and the Ducati Style Center, the Panigale V4 comes equipped with winglets and gills on either side of the fairing. These add over 30kg of downforce when the motorcycle is clocking 270km/hr. 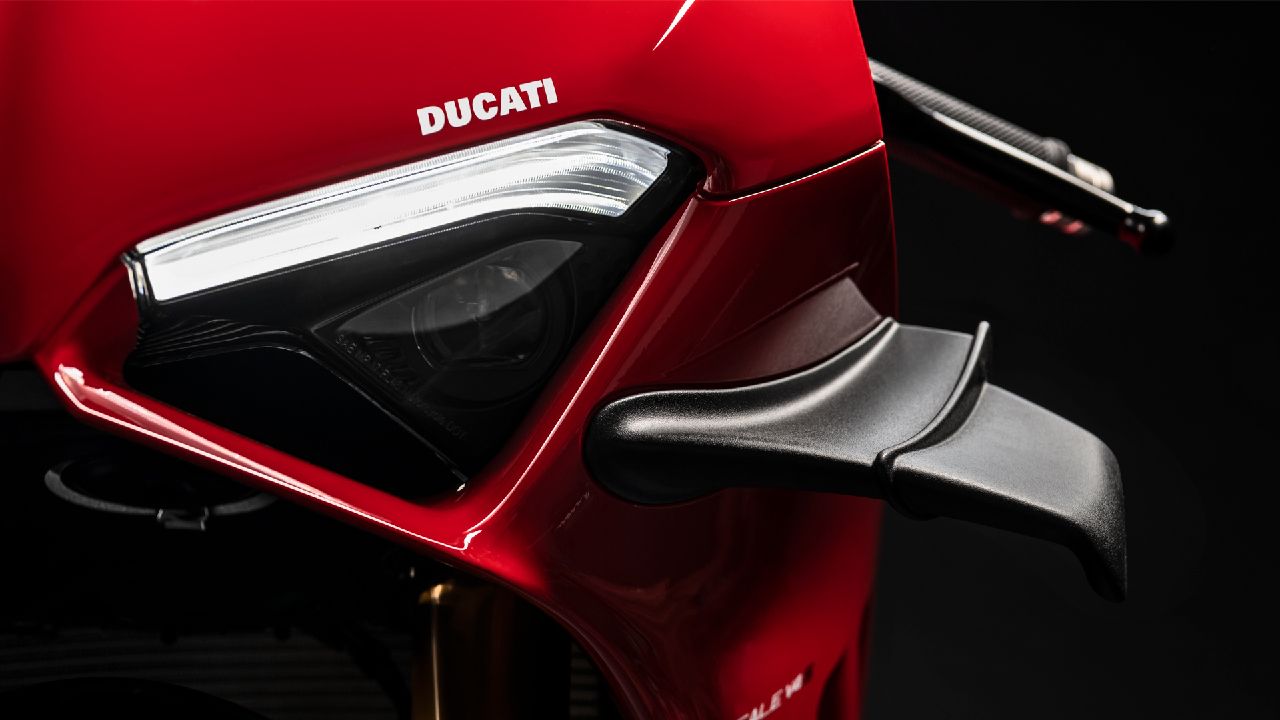 The V4 engine that the Panigale uses is a stressed member as the motorcycle is built on a monocoque chassis. This allows the engineers to attain mass centralisation in order to provide an improved centre of gravity, resulting in a more agile handling package. Electronic aids such as IMU-based cornering ABS, traction control, wheelie control, and slide control are on offer. An engine braking management and auto tyre calibration system is on offer as well. 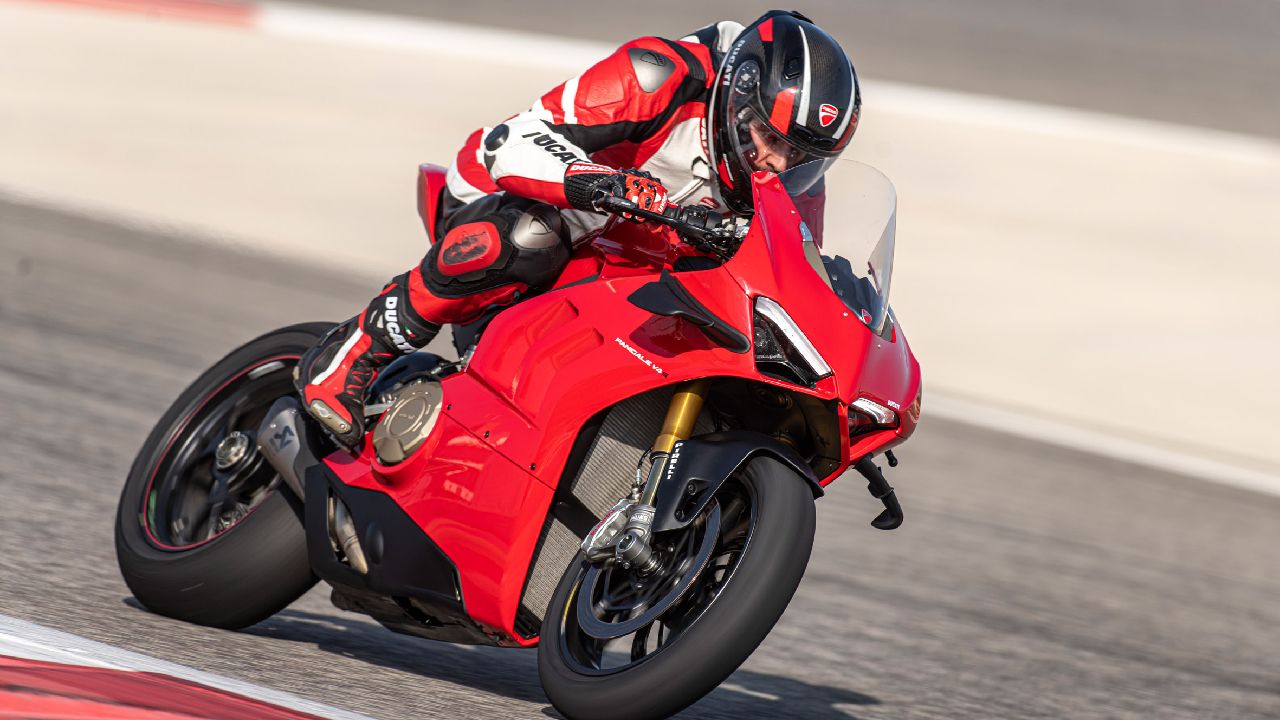 Cycle parts on the Ducati Panigale V4  include Showa Big Piston Forks up front and a fully adjustable Sachs shock absorber in the rear-mounted on a single-sided swingarm. A Sachs steering damper is on offer as well. Upfront, there are Brembo M4.30 Stylemma Monobloc radial callipers with a twin 330mm and the rear wheel gets a 245mm disc brake set up with a two-piston calliper. 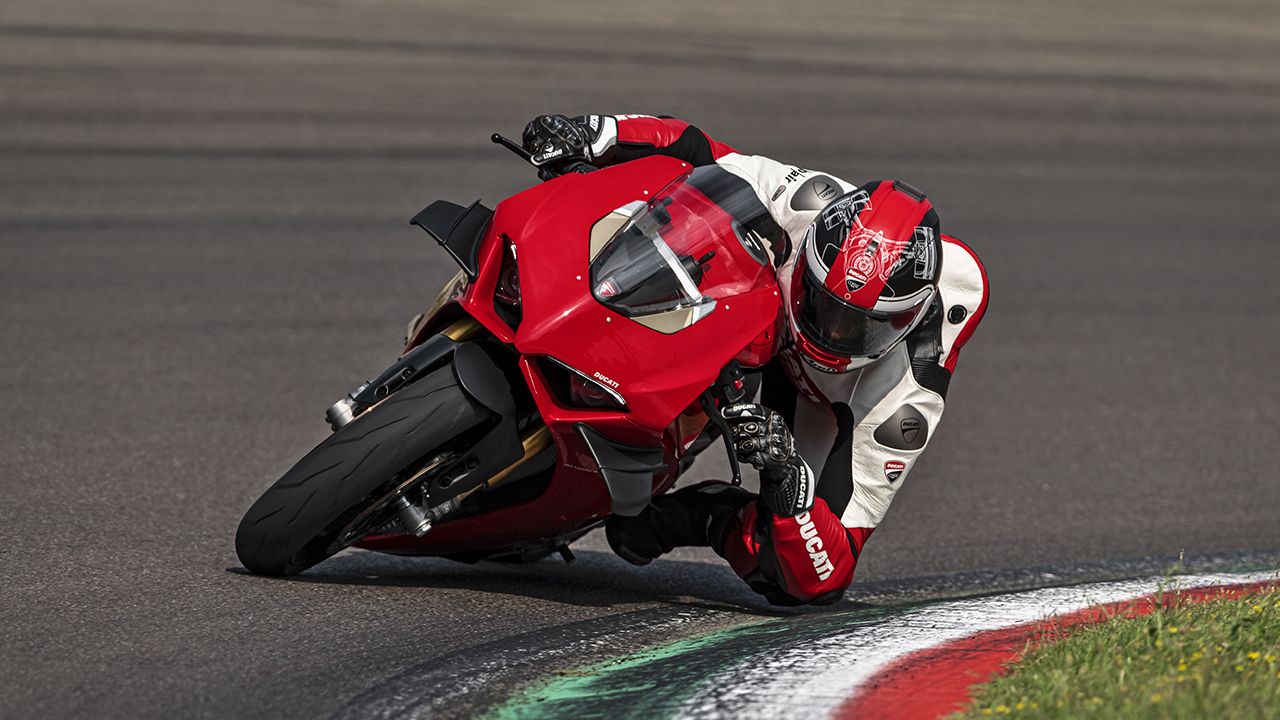 The Panigale V4 S, on the other hand, gets uprated suspension units and braking equipment. The suspension setup on the V4 S are electronically adjustable and have been sourced from Ohlins, along with the steering damper. The lightweight alloy wheels have been forged to help reduce the kerb weight by 1kg. The wet weight of the standard Panigale V4 is marked at 198kg, whereas the ‘S’ tips the scale at 195kg. 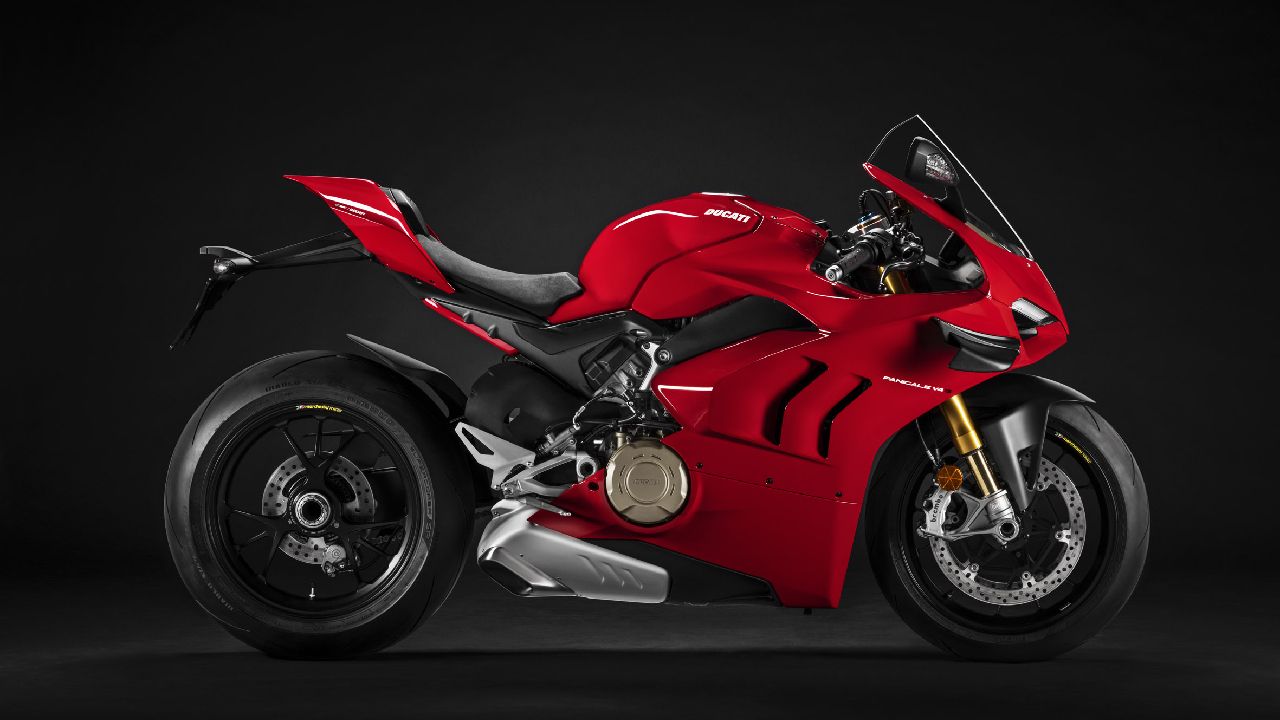 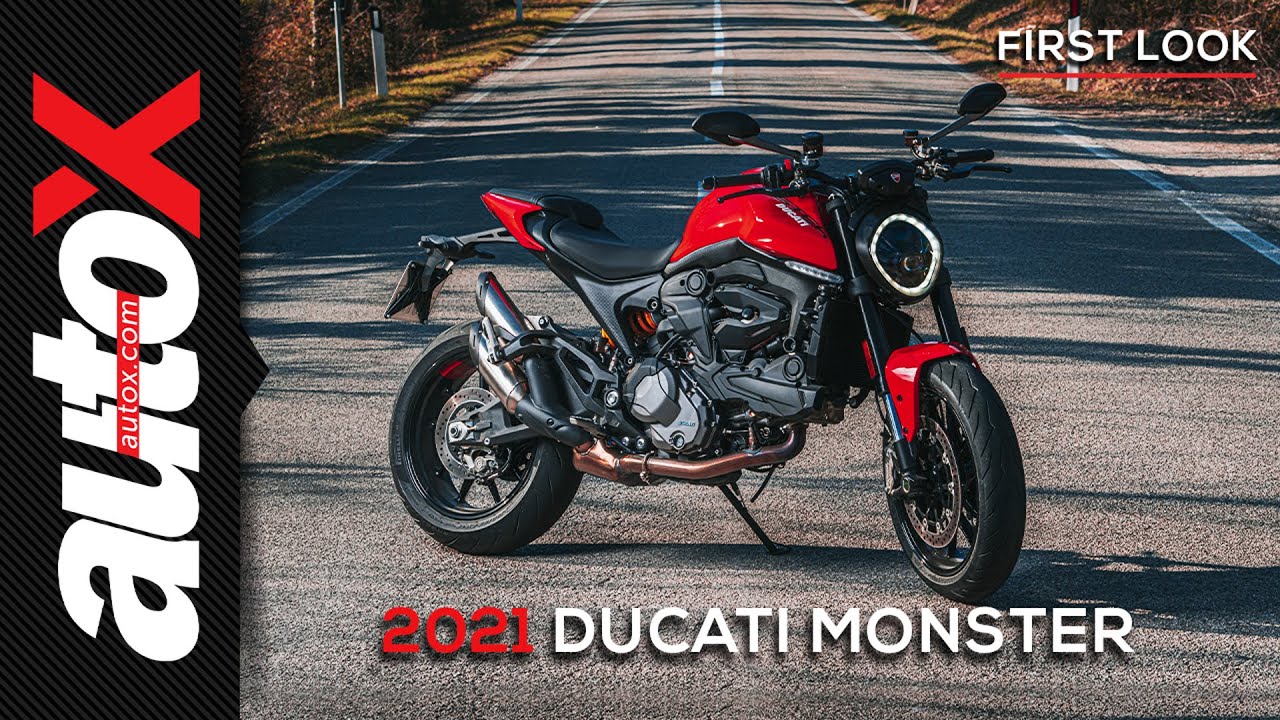