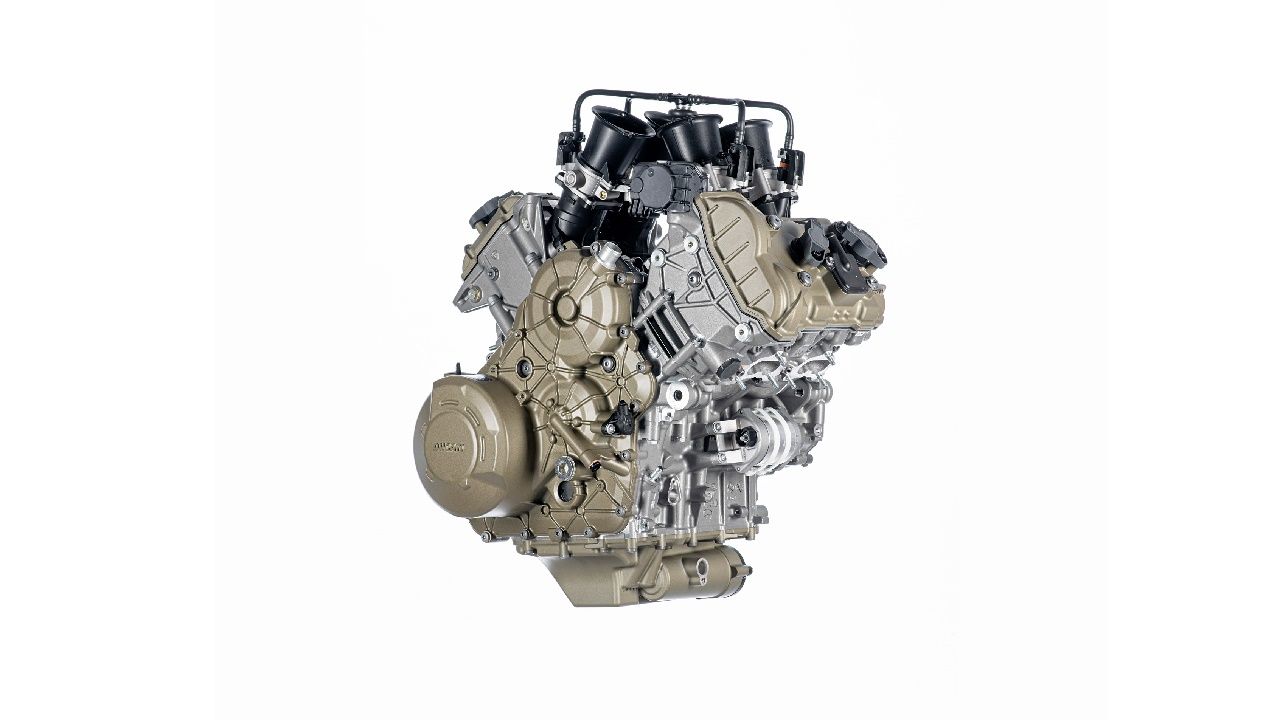 Ducati has revealed the engine specifications of the upcoming Multistrada V4. The new motor is derived from the Panigale V4's engine, but it's bigger and incorporates valve-springs instead of Desmo valves.

We all know that Ducati is busy readying the brand new Multistrada V4 these days as the production of the motorcycle has already commenced in Bologna, Italy. What’s more, the new Multistrada will debut with Ducati’s front and rear radar technology, meaning it’s going to be tech-laden. However, the main highlight of Ducati's new ADV flagship is going to be its heart, which is going to be a massive thumping V4 engine. After teasing for months, Ducati has now finally revealed the engine specifications of the new Multistrada V4. Suffice it to say, they’ve yet again gone all out!

Billed as the V4 Granturismo, the new motor is technically derived from the Panigale V4’s engine, albeit it comes in a relatively relaxed configuration. Compared to the Panigale’s 1,103cc engine, the Multistrada’s V4 will have a bigger 1,158cc unit. This is done by increasing the bore size by 2mm (83mm) while the stroke is the same at 53.5mm. Apart from this, the Multistrada V4’s motor does away with Ducati’s Desmo valves (engine valves closed by cam-operated rocker arms) and brings the more conventional valve springs back. Reason? Unlike the Panigale V4, where outright performance is the main priority, the Multistrada prioritises on long service hauls and reliability. And the move to go with valve springs means valve adjustment service intervals of an astonishing 60,000km! 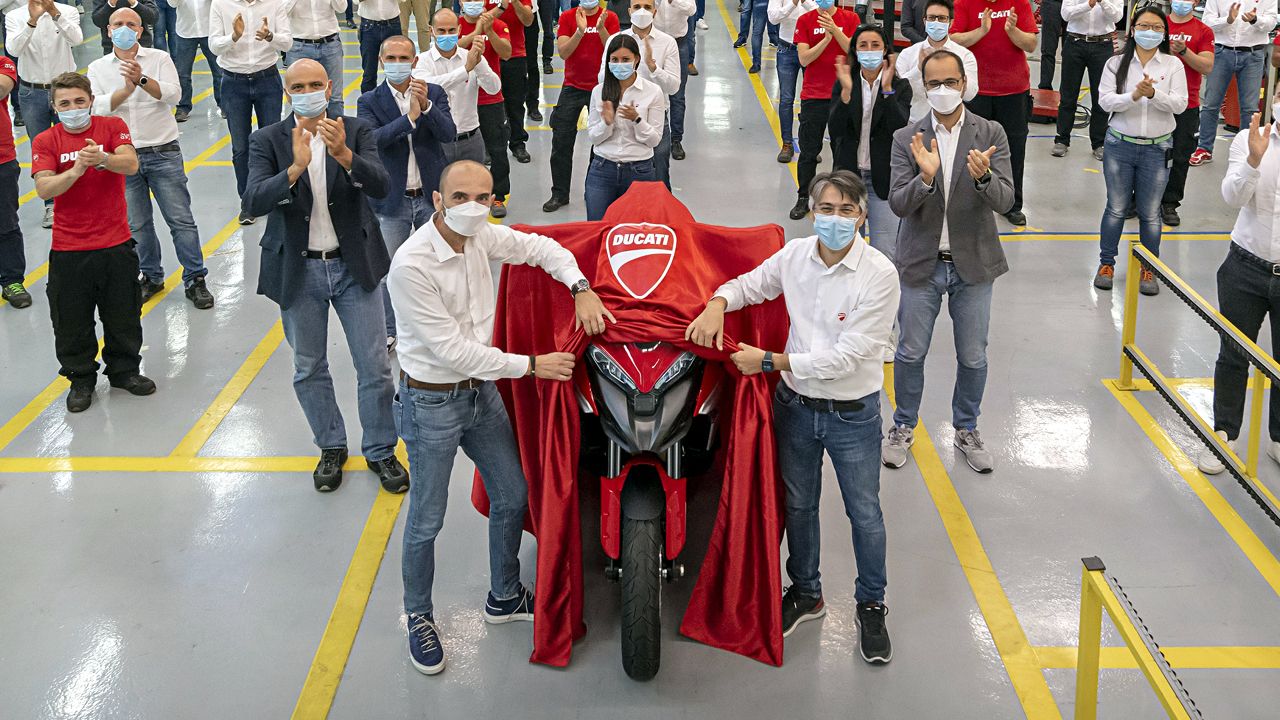 The new V4 motor is also more compact and 1.2kg lighter than the current Multistrada 1260’s V-Twin. Not to mention, it produces a lot more power than before. Compared to the 1260’s 156bhp, the V4 engine develops a whopping 168bhp, making it the most powerful ADV once it comes out! Torque, at 125Nm, is slightly down now as the 1260 developed 129.5Nm. However, the new V4 engine is Euro 5 / BS6 compliant. In addition to that, the new V4 motor can shut the rear bank of cylinders at idle, thereby, saving fuel as well preventing the engine from overheating.

The all-new Ducati Multistrada V4 will make its global debut on November 4, 2020. Given it’s one of the most popular Ducati motorcycles in India, expect the new Multistrada V4 to make it to our shores early in 2021.