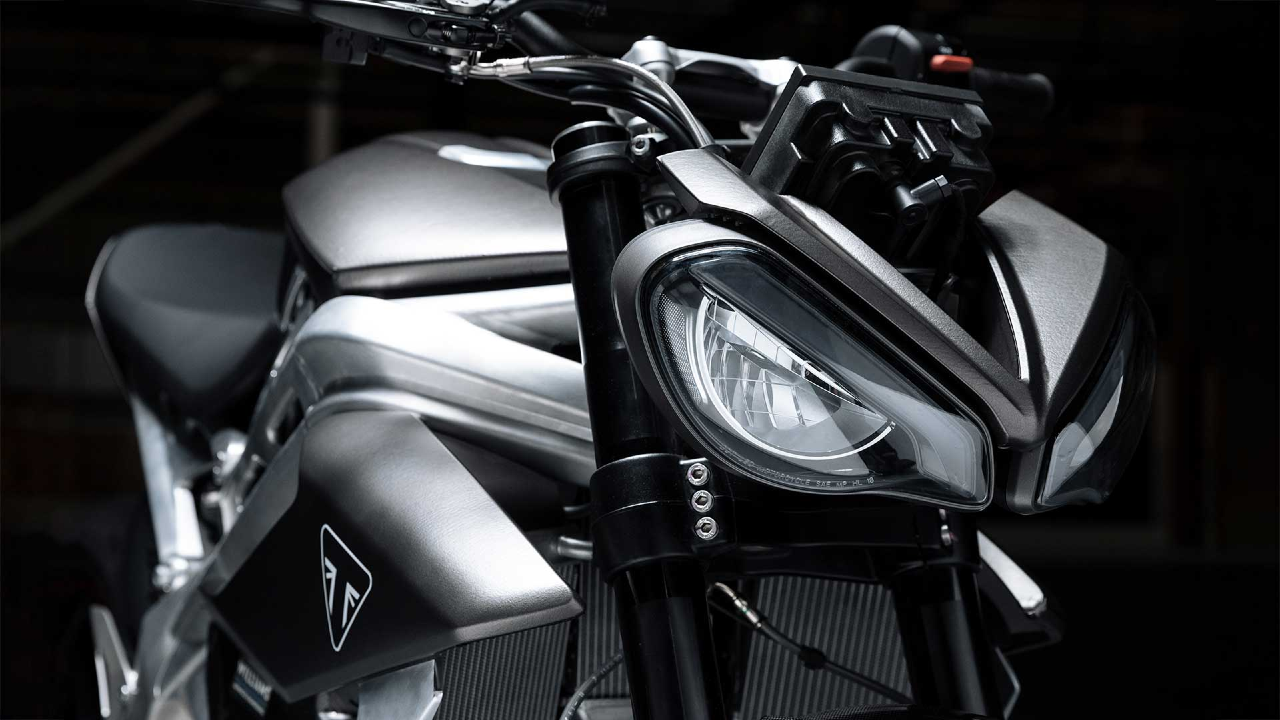 Wraps on the Triumph TE-1 electric prototype are all set to be dropped on July 12 this year. The motorcycle takes major inspiration from the Speed Triple and will spawn a new chapter for the British manufacturer.

Triumph Motorcycles has confirmed that the fourth and final phase of its TE-1 electric prototype project has concluded. The British manufacturer has partnered with Williams Advanced Engineering, Integral Powertrain Ltd, and WMG and the motorcycle is being developed at the University of Warwick. Triumph has also announced that further details regarding the motorcycle’s performance, range, and charge time of the final prototype will be unveiled on July 12.

Ahead of this, Triumph had revealed a brief idea about the design and styling of the electric motorcycle. The upcoming prototype draws inspiration from the Speed Triple, evident with elements such as the twin-pod headlight at the front, a muscular design for the bodywork, a bolted subframe, and a single-sided swingarm. The TE-1 will also be a feature-rich motorcycle laden with LED lighting and a digital instrument cluster.

Triumph has also given a complete look at the motorcycle's hardware. The TE-1 prototype gets an Ohlin-sourced suspension setup. The front uses Ohlins upside-down cartridge forks while the rear gets a unique prototype Ohlins RSU. Braking apparatus on the motorcycle comes in the form of twin rotors at the front and a single disc at the back – both grabbed by Brembo-sourced callipers.