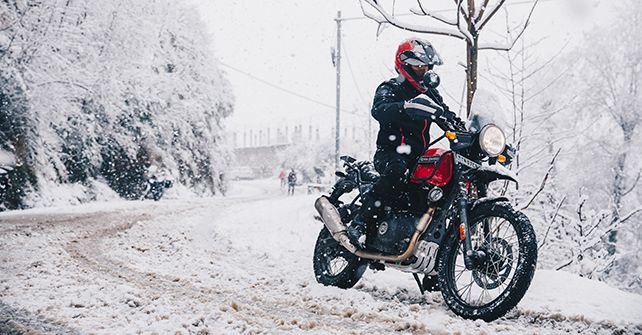 Unlike the switch from BS-III to BS-IV, two-wheeler manufacturers seem to have planned the shift to BS-VI a lot better. Over the past few months, bikemakers have gradually been bringing in BS-VI updates to their two-wheelers. Royal Enfield was a bit late to join the bandwagon with the Classic 350 earlier this month. Today, they have also introduced the BS-VI compliant Himalayan.

The BS-VI Himalayan continues to look identical to the model it replaces, but it now comes fitted with a hazard switch and an improved side stand that RE claims that will make parking on any kind of terrains easier.

Just like before, the Himalayan continues to be powered by a 411cc single-cylinder fuel-injected unit but there’s been a marginal reduction in power – from 24.5bhp to 24.3bhp. Torque rating, however, remains unchanged at 32Nm. The engine continues to be mated to a 5-speed transmission. 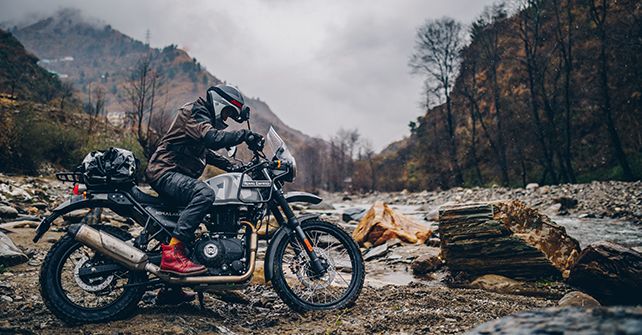 Braking duties also continue to be performed by a 300mm disc up front and a 240mm disc at the rear. While the BS-IV Himayalan came with a dual-channel ABS, Royal Enfield is now offering switchable ABS which will alloy the rider to lock the rear wheel while off-roading, thereby making it more engaging to ride.

The 2020 Royal Enfield Himalayan will be offered with six colour options – Snow White, Granite Black, Sleet Grey and Gravel Grey from the old palette, and two new dual tone options – Lake Blue and Rock Red. The white and black Himalayan is priced at Rs 1,86,811 while the Sleet Grey and Gravel Grey demands Rs 1,89,565. The newly introduced dual-tone colour options carry a sticker price of Rs 1,91,401. All prices ex-showroom. To go with the new colour options, Royal Enfield will also introduce a new range of apparel, including a dual-sport helmet and lightweight jersey with armour, t-shirts and more.