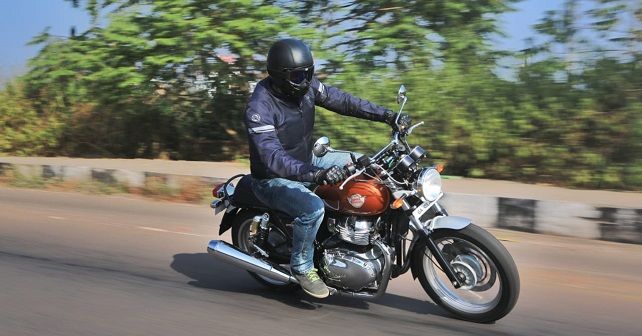 Customers who order these customisation options can select the dealership where they need to be shipped. The Royal Enfield outlet will get them fitted on the motorcycle before delivery. Each of these customisation options come with a 2-year warranty. Interestingly, Royal Enfield has only commenced these options in six cities to start with – Delhi, Mumbai, Chennai, Bengaluru, Pune and Hyderabad.

Royal Enfield brought in the Interceptor 650 and the Continental GT 650 in November last year. Both these motorcycles come with a 648cc parallel-twin air-cooled motor that develops 47bhp and 52Nm. The engine comes paired with a 6-speed transmission which is assisted by a slipper clutch. Both bikes get dual channel ABS as standard. Since its launch, the RE Interceptor 650 has been lauded for its refinement and value for money proposition. It has one numerous accolades since its launch including a place in our annual Best of 2019 awards.

Although as of now, RE has only started these customisation options for the 650 twins and the Classic range, they are expected to launch similar options for the rest of its product range as well.