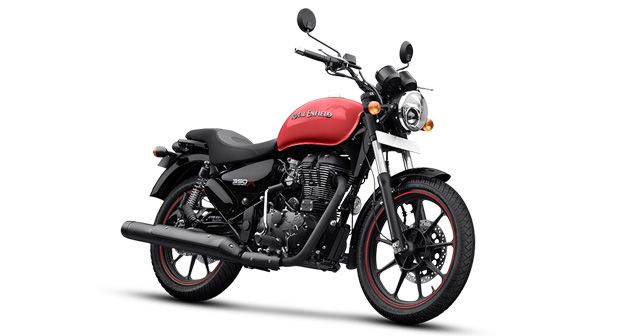 ABS-equipped version of the stylish Royal Enfield Thunderbird 350X makes it to the showroom floors.

Royal Enfield has silently launched the ABS-equipped version of the Thunderbird 350X in India. The new variant is priced at Rs 1.63 lakh (ex-showroom, Delhi) – which is around 7,000 rupees more than the regular version.

Royal Enfield launched the Thunderbird X series in February this year. While it was launched in two versions – 350X and Royal Enfield Thunderbird 500X, only the former is currently available with ABS. The 500X will get the option soon though. Coming back to the 350X ABS, apart from the inclusion of ABS, the rest of the motorcycle is unchanged, both cosmetically and mechanically. This means it’ll continue to be offered as a stylish and modernised avatar of the Thunderbird 350 cruiser with its bright paint job, alloy wheels and tubeless tyres.

On the mechanical front, the motorcycle is identical to the regular version. It comes powered by the same air-cooled 350cc single-cylinder carburetted engine which develops 19.8bhp of power and 28Nm of torque. The engine is mated to a 5-speed gearbox.

Apart from the 350X, Royal Enfield also offers the Himalayan and Classic 350 Signals Edition with ABS. Expect the company to roll out ABS-equipped versions of the rest of the range in the coming few months. But before all that, the launch of the Interceptor INT 650 and Continental GT 650 on November 15, 2018, will be the most important event for the manufacturer.