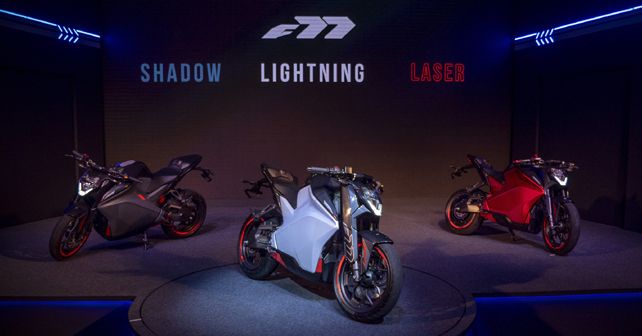 Initially, the Ultraviolette F77 will only go on sale in Bengaluru. Online bookings are officially open and deliveries expected to start in Q3 2020.

As promised, Bengaluru-based EV start-up Ultraviolette Automotive has launched its first product today – the F-77 – in three versions: Lightning, Shadow & Laser. The F77 carries a starting price of ₹ 3 lakh (on-road) and the range-topping version is priced at ₹ 3.25 lakh (on-road). Online bookings for the motorcycle are officially open, with deliveries expected to begin in Q3 2020. Touted as India's first high-performance electric motorcycle, the Ultraviolette F77 does bring to the table some impressive figures & stats.

It is powered by a 33.5bhp air-cooled motor that generates a peak torque of 90Nm. To add a bit of drama, the F77's three riding modes are named as Eco, Sport & Insane. Ultraviolette claims the F77 can breach the 100km/h mark in 7.5 seconds and will go all the way up to 147km/h. With fast-charge capabilities, the F77's 4.2kWh Li-ion battery pack (made of 3 individual units) can be fully charged in 1.5 hours (with a fast-charger) or in 5 hours (with a standard charger). On a single charge, the F77 can offer a riding range of 130-150km.

To cope with its impressive performance figures, the F77 gets equally capable mechanical bits in the form of USD forks at the front, a pre-load adjustable monoshock at the back and large disc brakes on either wheel (320mm-front, 230mm-rear) with dual-channel ABS. Built around a steel trellis frame, the F77 also offers steel-braided brake lines and grippy Metzeler M5 tyres (110/70 - front, 150/60 - rear) shod on 17-inch wheels. To ensure a sporty riding experience, the F77's weight has been kept relatively low at 158kg and the seat height of 800mm is quite low as well.

The instrument panel consists of a TFT-LCD screen and like many modern EVs, the F77 also offers a host of connectivity services, courtesy of an embedded eSIM. The F77 can link itself to an app that provides numerous performance-centric figures (achieved via a 9-axis IMU), over and above the basic riding & bike stats. 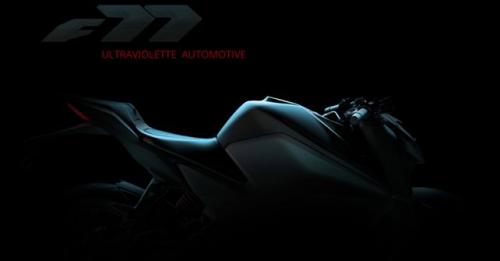