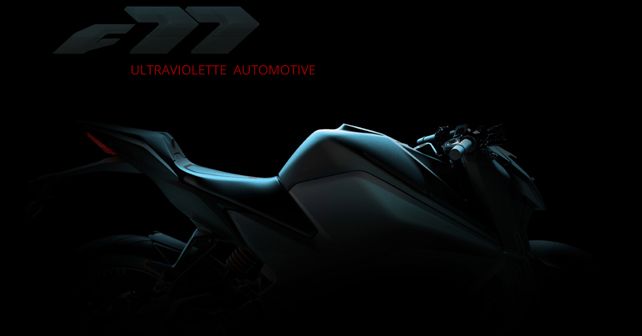 Another day, another EV brand. Well, while it may be the case, this time though, the brand in question does not identify itself as a run-of-the-mill EV manufacturer. In fact, it's 'engaged in developing top-of-the-line electric mobility solutions.' So, can we expect a product that's going to tilt EV critics in its favour? Well, here it is. Bengaluru-based EV start-up Ultraviolette Automotive has just dropped a teaser of its debut product - a 'high-performance' electric motorcycle that goes by the name of F77. Ultraviolette Automotive also distinguishes itself based on the fact that its products are built & designed on the principles of Aviation Engineering.

To show that the F77 means serious business, it is likely to get performance-spec parts like a trellis frame, USD front forks, clip-on handlebars, a 25kW electric motor & a battery that claims to have the best energy density in the segment. However, all this information is yet to be confirmed. Seeing that most modern EVs & connected mobility go hand-in-hand these days, the F77 is also expected to get the best of connected features like OTA updates, bike tracking, remote diagnostics, ride telematics & control via a smartphone app.

So far, the Revolt RV300 & RV400 are the only electric motorcycles on sale in India. And while the T6X from Tork Motors is still a few months away from launch, the F77 will certainly become the next electric motorcycle offering here. However, it will be in a lucrative space as it does not have any direct competitors as of now. While rumours suggest that despite being a performance bike, it will be capable of delivering a triple-digit riding range, we'll only be certain once we get to ride the motorcycle in daily conditions. Till then, we can only hope that it does not lose out on practicality in the pursuit of performance. 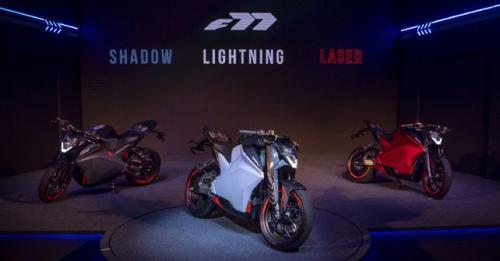