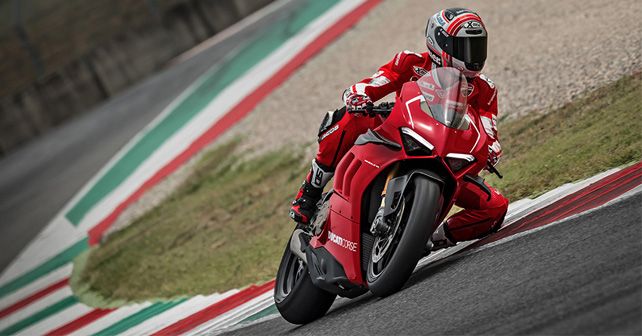 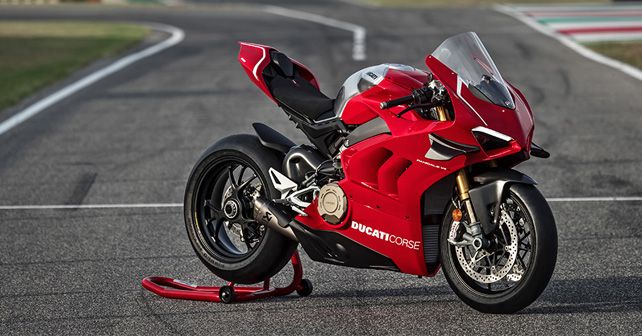 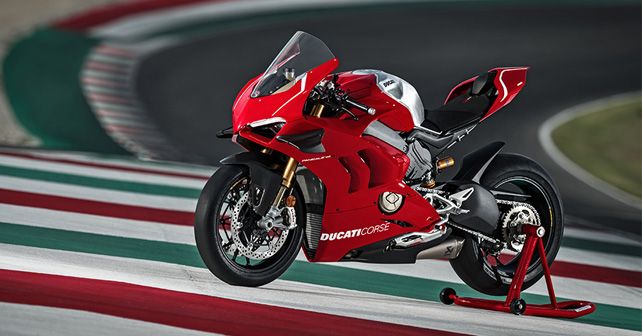 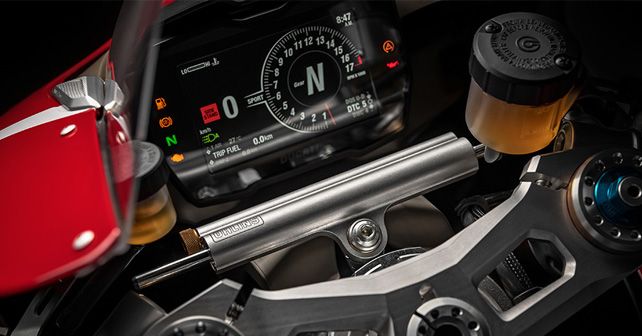 Despite having a smaller heart, the Ducati Panigale V4 R is a racier, angrier and more powerful version of the standard V4.

Nobody in their right mind would ask for more performance from a Ducati Panigale V4 or V4 S. But then, there happen to be some nutcases who like to go racing with these road-going motorcycles in championships like the WSBK, BSB, et al. And to enter in such competitions, their motorcycle has to meet certain rules and regulations. For instance, a manufacturer can only enter WSBK races with a motorcycle that's an engine capacity below 1,000cc. And since the current Panigale V4’s engine is 1,103cc, it doesn’t quite make the cut for the racing series. So, in order to take the Panigale V4 racing, Ducati has now unveiled the Panigale V4 R - a thoroughbred racer with a downsized engine, but more power, a lot of aero and some racy equipment. The good news is, you don’t necessarily have to be a racer to buy one as it’ll be available in Ducati showrooms worldwide, soon!

The main highlight here is the new downsized version of the 1,103cc V4 engine. Basically, it’s the same unit with a shorter stroke of 48.4mm. The bore is unchanged at 81mm, so the net cubic capacity is 998cc. There are a couple of new components though – titanium conrods, forged pistons, a new camshaft, bigger inlet valves, bigger throttle bodies and so on. Ducati is calling this engine ‘Desmosedici Stradale R’. Coming to the power output, this new motor churns out 217bhp and 112Nm. Power is up by 6bhp over the regular Panigale V4, but torque is down by 12Nm. However, if that doesn’t sound enough, you could chuck its standard exhaust for an Akrapovic racing kit that increases the power output to a whopping 233bhp and torque to 119Nm. This will also help cut the weight from 172kg to 165kg, thereby, giving the V4 R a power to weight of 1.4bhp/kg!

While the new engine is bonkers, the real party piece of the V4 R has to be its aero and chassis upgrades. First of all, you get two large winglets – taken straight from the GP16 MotoGP bike – on either side of the fairing. What do they do? Provide 30kg+ of downforce at 274km/h! You’ll also notice the V4 R has new ‘side extractors’ on the fairing and these have been incorporated to increase the airflow and dissipate heat more efficiently from the radiator and oil cooler. Unlike the V4 S’ electronically adjustable suspension, the V4 R gets a race-dedicated Ohlins’ mechanically adjustable suspension setup on both wheels. You also get a 3-positions adjustable swingarm.

Electronics suite is as expansive as it’s on the regular V4 S, meaning it gets Bosch cornering ABS, Ducati Traction Control, Ducati Wheelie Control, slide control, launch control, quick-shifter, et al. In addition to this, there’s a pit limiter and a lap timer for the racing boys.

Pricing of the Ducati V4 R will be announced early in 2019 and customer deliveries will begin soon after. But, whether you get yours or not, it doesn’t really matter. The main aim of the Panigale V4 R will be to make Ducati competitive again in WSBK. And by the looks of the things, the V4 R is definitely going to make life tough for its competition. Jonathan Rea and Kawasaki, you better watch out!