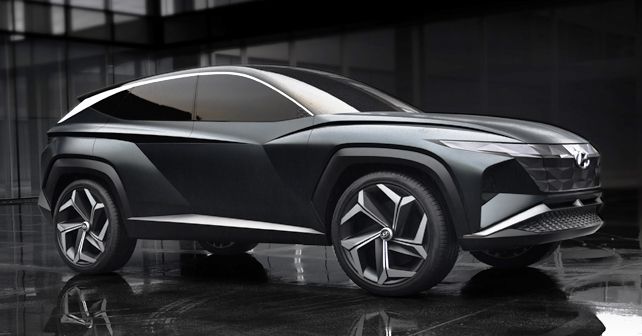 It's been a while since we've seen a concept vehicle that isn't ultra-outlandish. Well, this changes with the recently shown Hyundai Vision T Concept as it previews a rather handsome design language for the Korean carmaker's future SUVs. Some reports even suggest that the Vision T Concept is actually our first look (conceptually) at the next-gen Hyundai Tucson. However, only time will tell how much of the Vision T actually crosses over to the production-spec model. 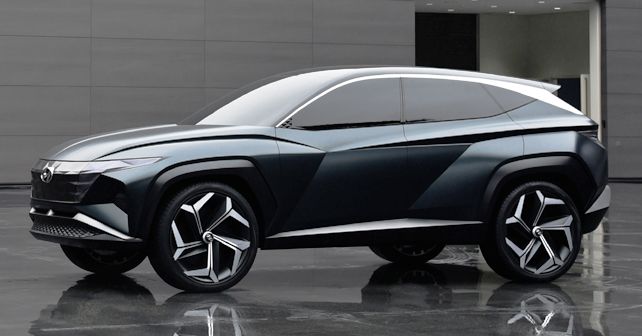 Revealed at the ongoing Los Angeles Auto Show, the Vision T is the 7th concept study envisioned by the Hyundai Design Centre. It represents the next stage in what Hyundai refers to as the 'Sensuous Sportiness' design principle. The overall exterior design appears to be a seamless amalgamation of geometric angles & deep-cut wedge lines - an aspect that can be attributed to the two design sub-themes: Parametric Fantasy & Transcendent Connectivity. 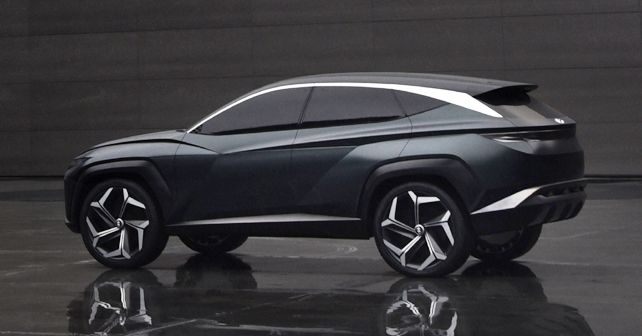 The front of the Vision T Concept is dominated by a large Parametric Air Shutter Grille. When the car is in motion, each individual cell of the grille moves in a prescribed sequence that not only creates a 'truly dynamic forward demeanour' but also optimises airflow to the powertrain. The air shutter grille is flanked by 'integrated hidden headlamp' units that turn into functional lighting on demand. Otherwise, the dark-chrome matte hue on the headlamps gives them chromium or mirror-like appearance.

Finished in a shade of matte-green, the Vision T Concept, as expected, features a hybrid powertrain.