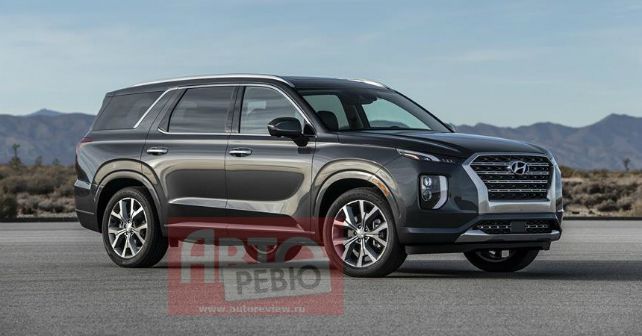 In the global market, Hyundai has been missing an eight-seat SUV. Earlier this year, Hyundai revealed the HDC-2 Grandmaster Concept hinting that a full-size SUV is on the cards. Now, Russian website Auto Review has published the images of what seems like the production version of the HDC-2 Grandmaster concept. In fact, a few days ago, the company officially christened its production version as the Palisade.

Design-wise, the connection between the Palisade and the HDC-2 Grandmaster is easily evident. The squared off body gives the Palisade gives the over-5-metre SUV a stance that you’d expect from a flagship SUV. There’s a bold and chrome grille at the front much like the new-generation SantaFe. The straight waist-line and the wide D-pillar have been carried forward from the Grandmaster concept. On the inside, the SUV is likely to be offered in seven and eight seat variants. 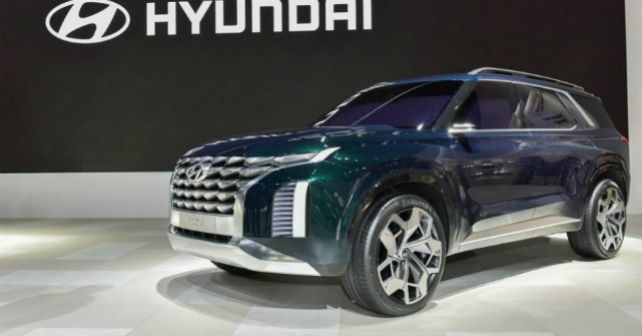 The Palisade is based on the same platform as the Kia Telluride and is expected to share the same motor as well. It is likely to powered by a 3.3-litre twin-turbo petrol V6 that develops 365 horses and 510Nm. There is also a rumour of it bring plonked with a hybrid motor and a diesel for emerging markets. The oil burner could be a derivative of the 2.2-litre motor that works on the SantaFe.

Being the flagship SUV, the Hyundai Palisade is likely to be fitted with a long list of equipment including a 360-degree camera, electrically foldable third row and more. Hyundai is expected to take the wraps off the Palisade at the LA Auto Show towards the end of November. There’s still no clarity about Hyundai bringing in the Palisade to India.